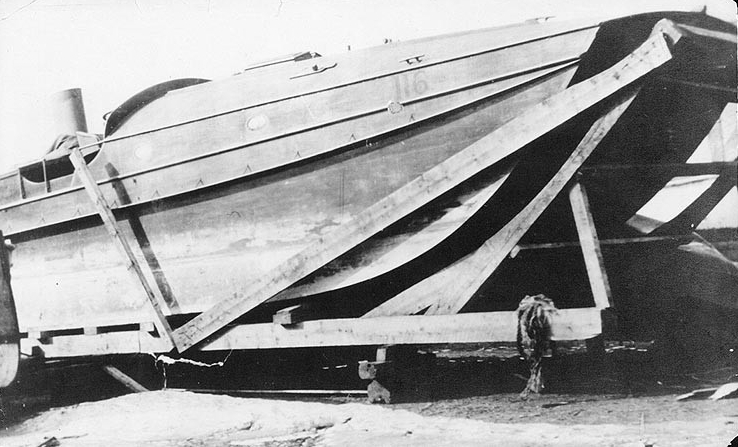 Bab, a sea-sled type motorboat built in 1917 at Boston, Massachusetts, by Murray & Tregurtha Company, was purchased by the Navy for $1.00 from Milton Wilson of Chicago, Illinois; designated as a section patrol craft, S. P. 116; and delivered on 6 October 1917. Assigned to the Ninth Naval District, Bab patrolled the waters of Lake Michigan until the onset of winter caused her to be laid up.