What the Navy is Doing: Join the Hospital Corps 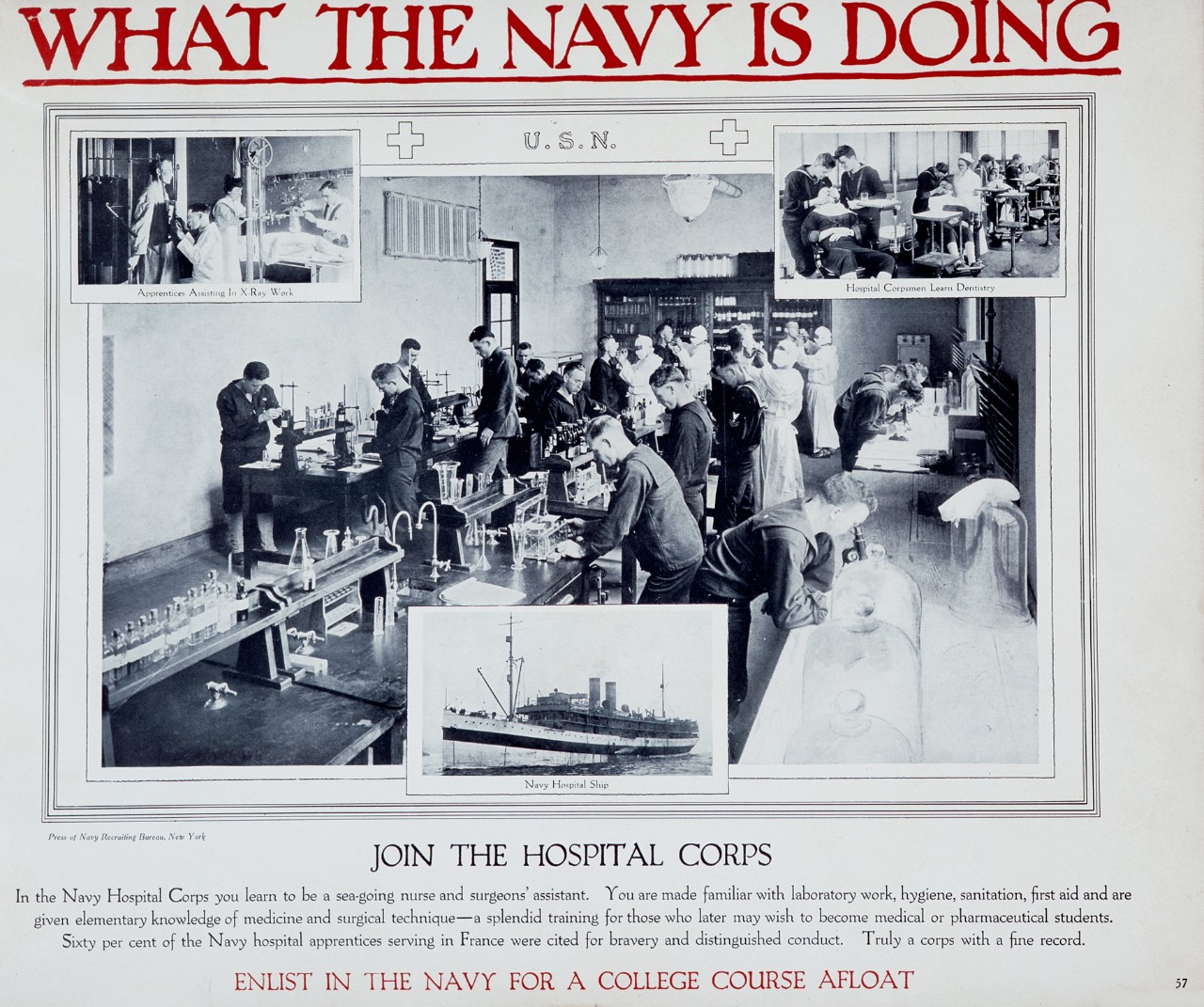 Female Navy Nurses at work in the left and right upper photographs.

Navy Nursing made several professional gains between the World Wars. The first permanent shipboard positions came in late 1920, when USS Relief (AH-1) went into commission with a medical staff that included Navy Nurses.  Paid retirement for longevity and disability was authorized. Continuing education was actively encouraged, including specialized training in dietetics, laboratory techniques, anesthesia, tuberculosis treatment and physiotherapy. As before, Navy Nurses were responsible for much of the instruction given to the Navy's hospital corpsmen and to local nurses in U.S. overseas possessions. In addition to caring for Naval personnel at home and abroad, they responded to a number of civil disasters.

The lingering Great Depression ultimately brought reductions to Navy personnel strength.  Its nurses were reduced to fewer than 350 by the mid-1930s and did not rise above 500 until the 1940-41 defense increases were well underway.  However, from then on the Nurse Corps' growth was swift, with over 800 regular and reserve nurses on active duty on the eve of United States' entry into World War II.