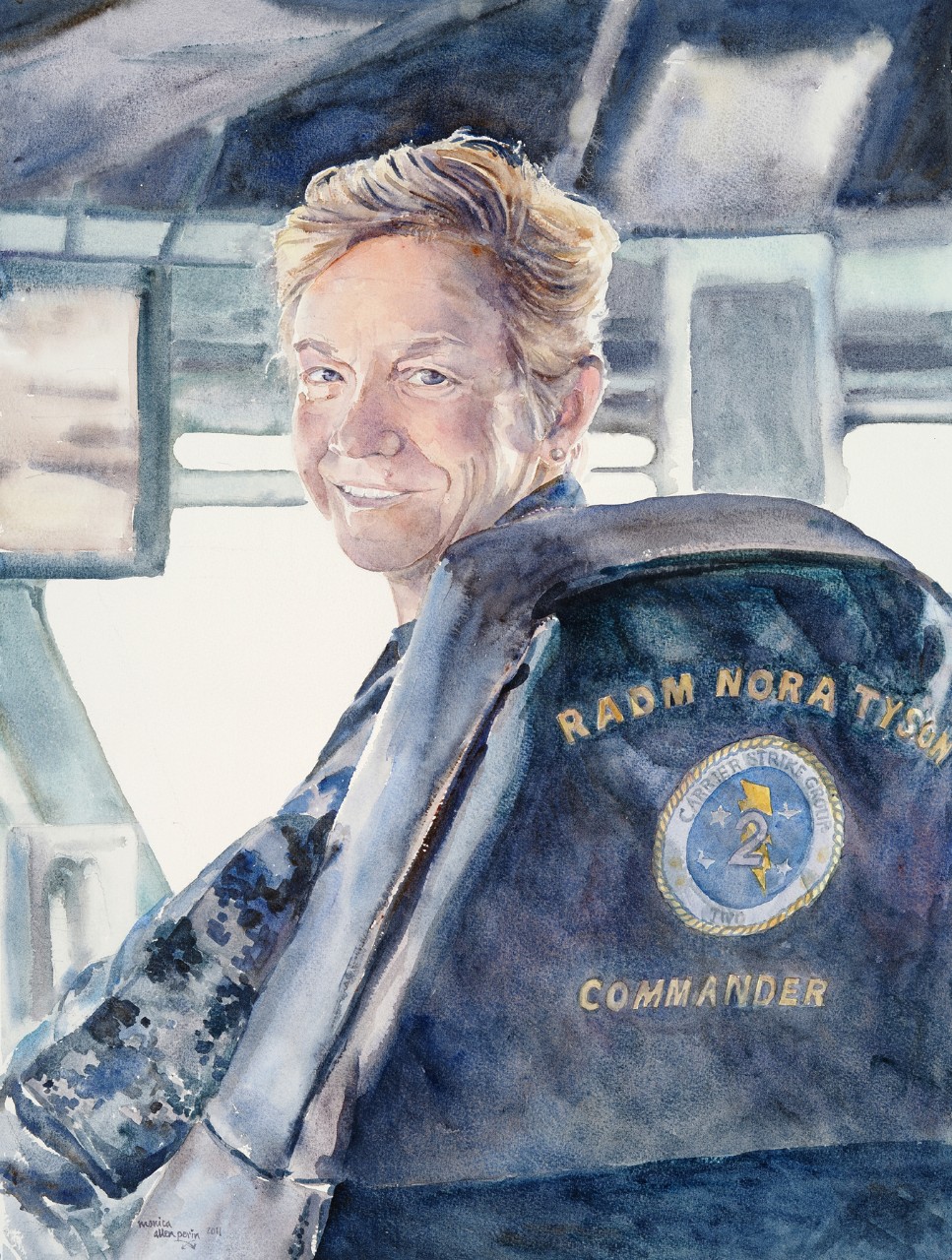 As a 2 star Admiral serving as Commander, Strike Group Two, RADM Nora Tyson embarked with USS George H W Bush (CVN-77) in the Mediterranean on its maiden deployment in support of operations in both 6th and 5th Fleets (Eastern Atlantic Ocean, Mediterranean, Persian Gulf and Indian Ocean.)  Admiral Tyson had many firsts throughout her career: the first woman to command the forward-deployed Singapore-based Task Force 73; the first woman to command a battle fleet and the first woman to serve as Commander, 3rd Fleet (Eastern Pacific).  In September 2017 she retired with the rank of Vice Admiral after 38 years of service.