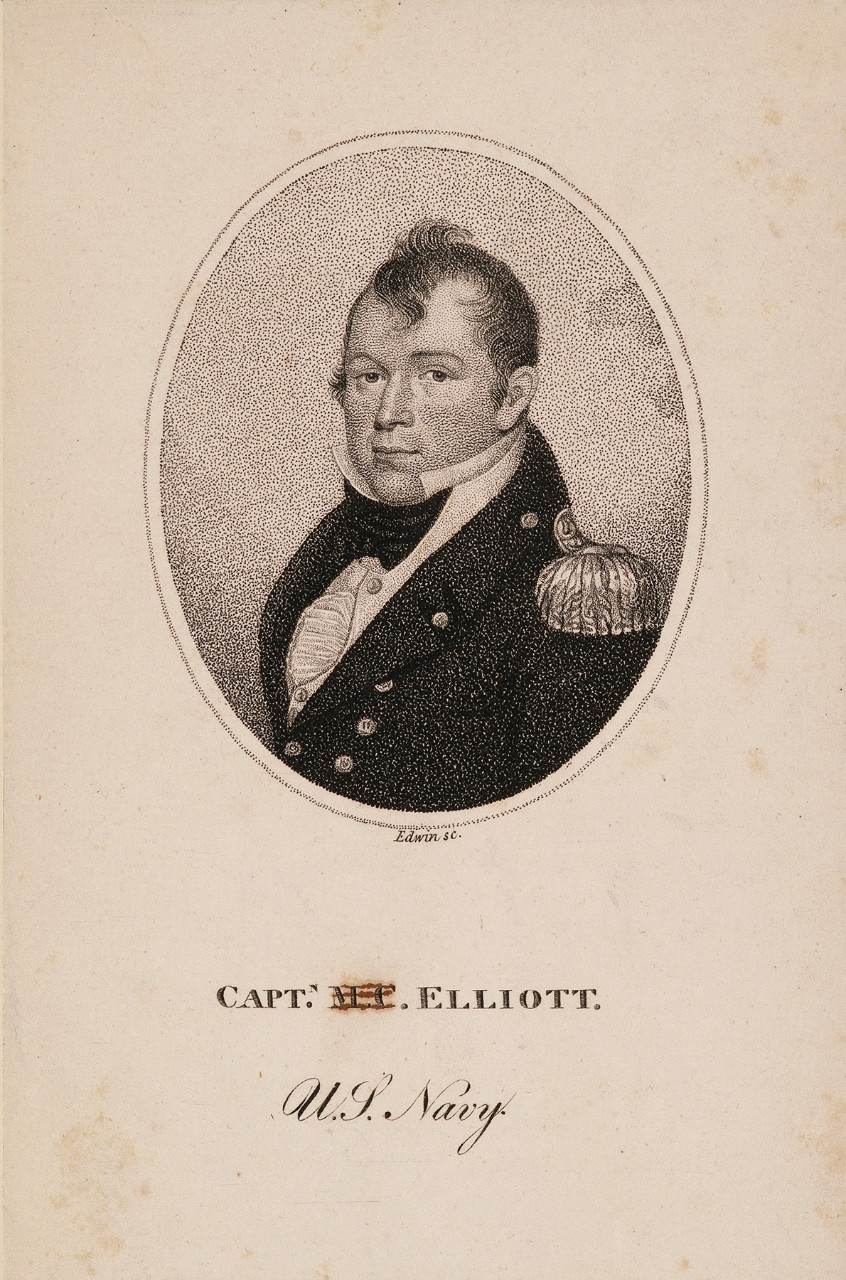 This print erroneously gives Elliott (1782-1845) the initials M.C.  The title of Captain in this print is a courtesy title, as commander of a ship.  Jesse Duncan Elliott was not promoted to the rank of Captain until 1818.  Elliott first enlisted in the Navy in 1804 and served in the Barbary War.  He was lieutenant on board U.S.S. Chesapeake when it was forcibly searched by H.M.S. Leopard, and Elliott became one of Captain James Barron’s staunchest supporters.  In 1820, he served as Barron’s second in his duel with Stephen Decatur, which stemmed from Decatur’s criticism of Barron’s behavior in the Cheseapeake-Leopard affair.