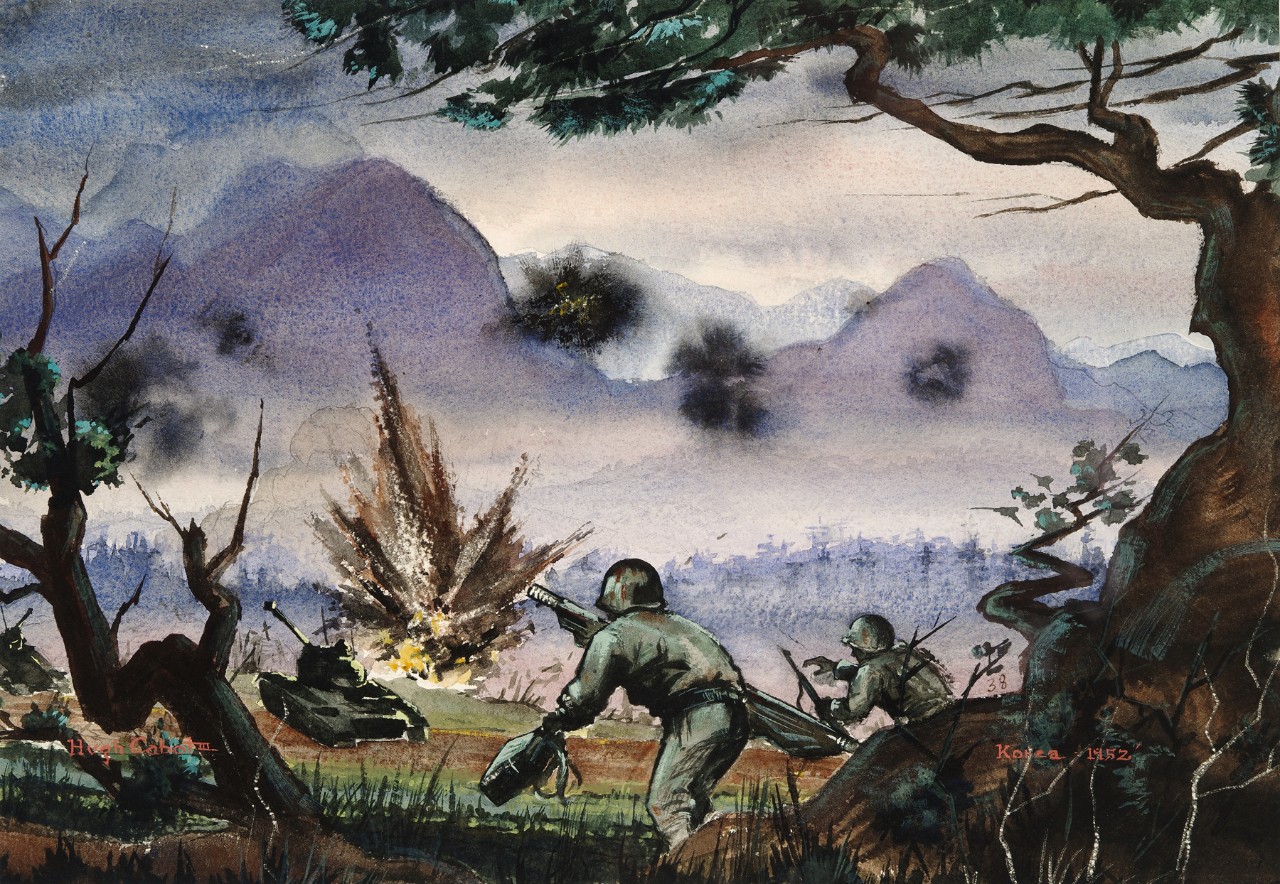 Two U.S. Marine Corps tanks pinned down by artillery have suffered casualties and are coming under serious enemy fire. In the rugged mountainous regions of Northeast Korea, naval hospital corpsmen go in to evacuate the injured, wounded and dead. Under fire, the corpsmen carry a .45, medical equipment, a small corpsman bag and litter, if he can manage. He is helped by frontline cooks, bakers and ratings generally considered non-combatant in his effort to administer life saving forward aid to the combat man. In the Marine sectors, one of his most valuable friends throughout the Korean war has been the Korean Service Corps. (Item Company, Third Battalion, Seventh Marines First Marine Division)