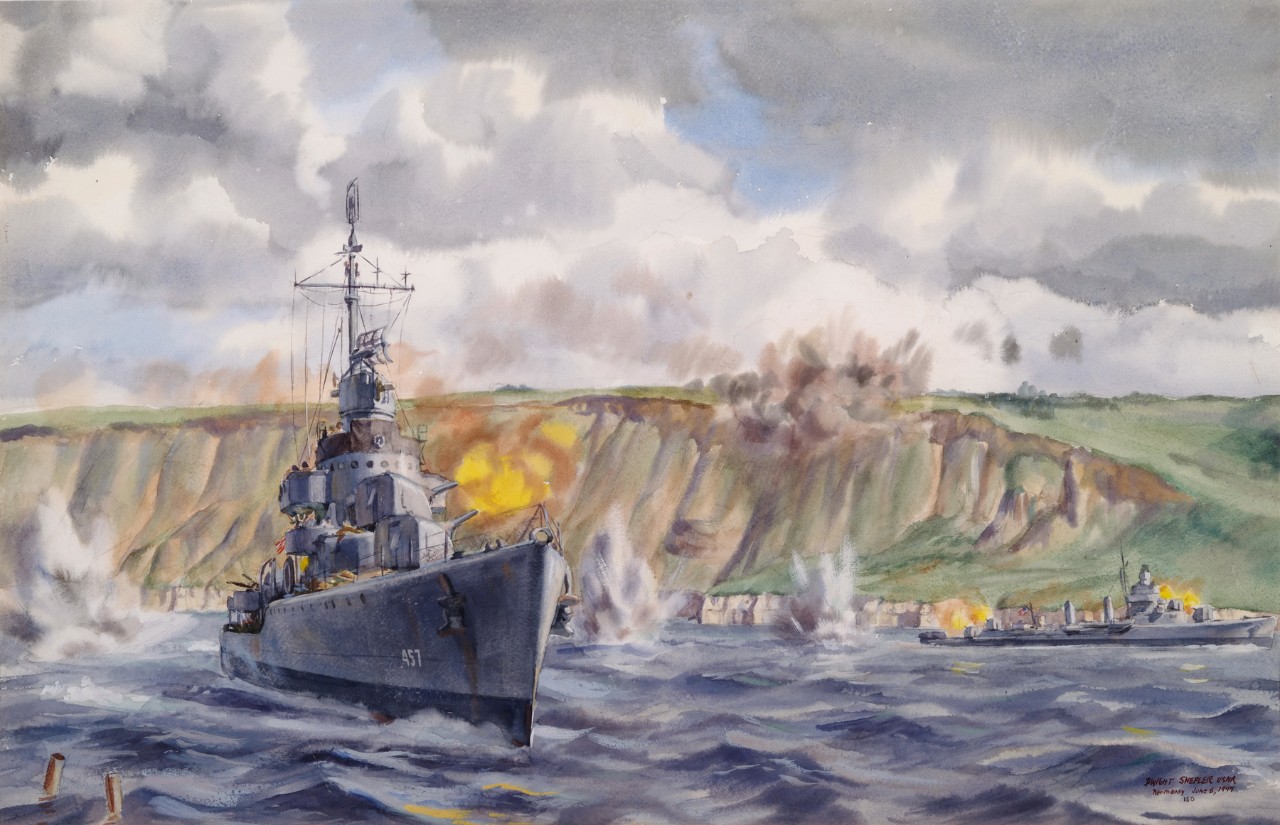 One of the spectacular actions of D-Day was the duel between the twisting, snarling USS Emmons, a destroyer, and mobile 88mm Nazi guns on the Normandy cliffs near Port en Bessin, France.  While searching out artillery which had been raking the support waves on the beach the ship, suddenly found itself in a duel with the guns on shore.  The ship fired 250 rounds of five inch shells as it attempted to silence the enemy.  As this rapid action drew to a close, USS Doyle steamed up parallel to the shore and fired furiously in assistance.