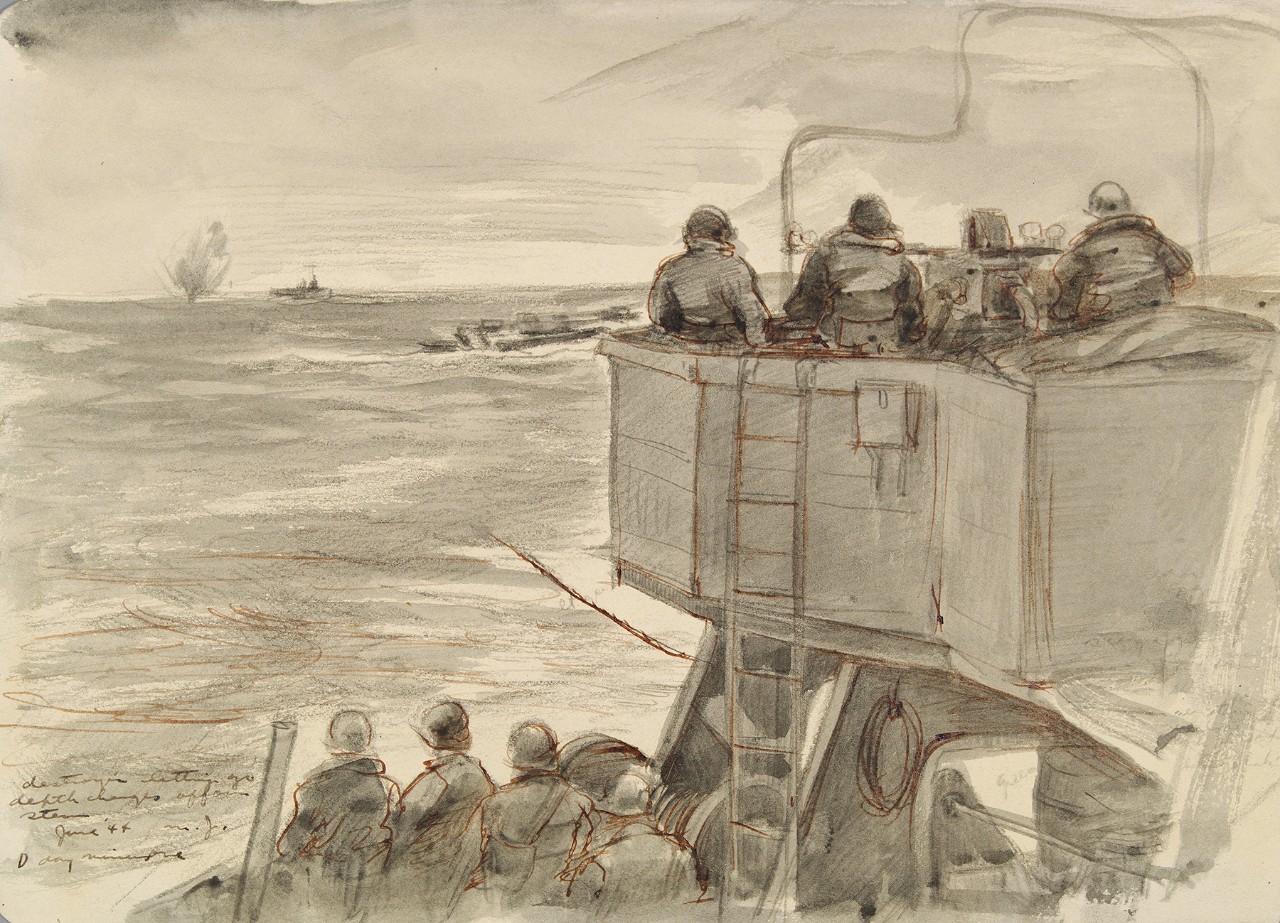 One of the dangers to the invasion fleet was the threat of German U-boats attacking the tightly-packed ships.  In the days before D-Day, destroyers and other anti-submarine warfare ships patrolled the English Channel to destroy or drive away any lurking enemy subs.  In the background a US Navy destroyer has unleashed its depth charges (barrels of high explosives detonated underwater by time fuzes) in an attempt to destroy a suspected German submarine contact.  The high water plume on the horizon shows where a depth charge has exploded.  The destroyer’s crew was at “general quarters” battle-stations, with each officer and sailor wearing a steel helmet and life preserver.