Share
Connect
Traveling Exhibits
»
D-Day, The Invasion of Normandy
»
Dawn of D-Day Off The Coast of France
« Previous Next »

Dawn of D-Day Off The Coast of France 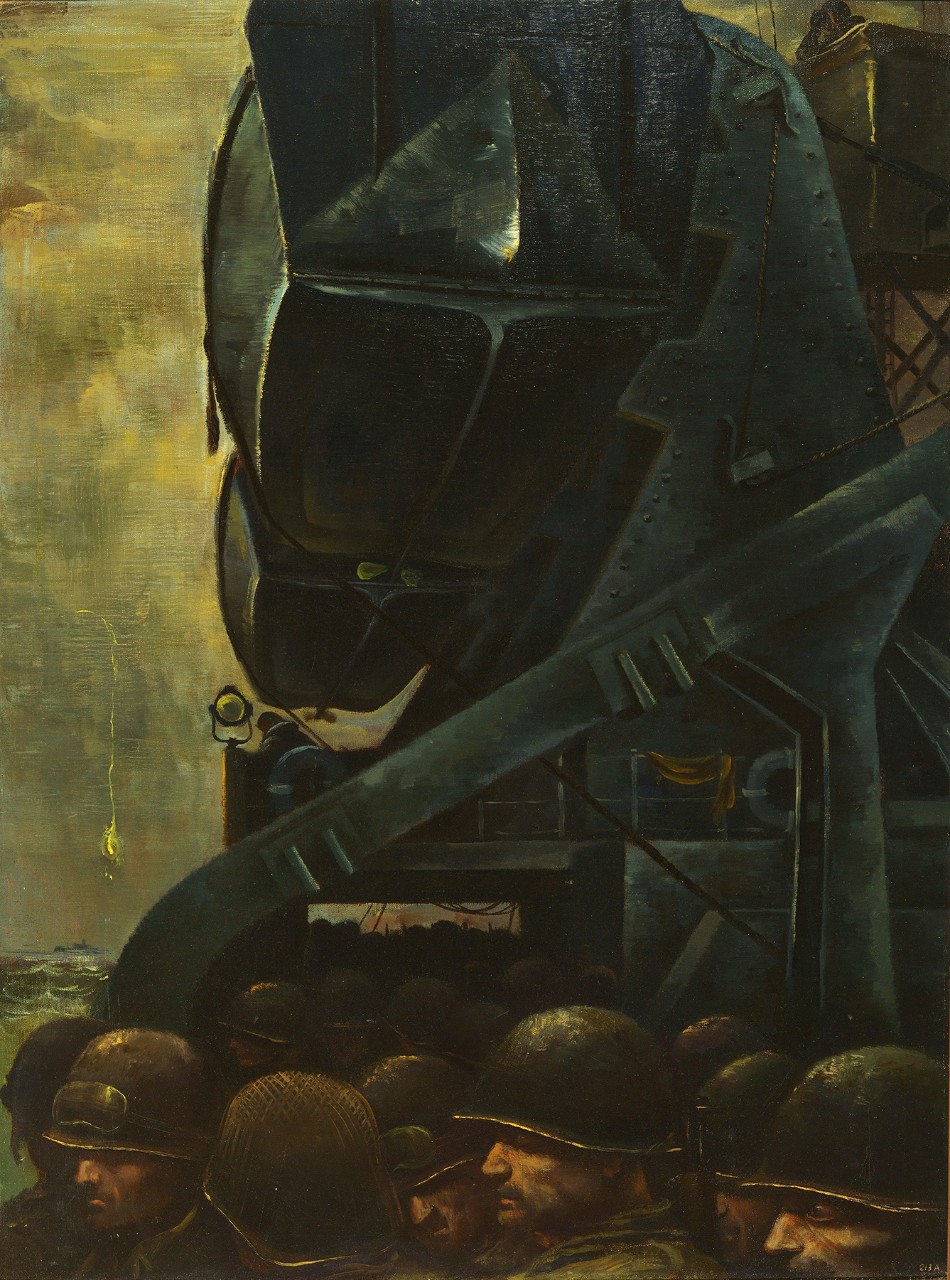 At this moment, the first assault waves and demolition parties are on their way and these men, who are to go in later can only wonder what awaits them and stare at the distant coastline, barely discernable.  The boats suspended on davits above their heads with their dark shapes oddly express the taut, waiting threat of this dawn off the Normandy coast.

The far off rumble of explosions could be heard and mysterious processions of small invasion craft crossed the ship's bow.  Each ship with its barrage balloon, gleaming above it in the faint light, seeming to be symbols designed to ward off evil spirits rather than objects of modern war.  Now and then flashes appear fitfully on the horizon and, in the sky above, our fighter planes sweep by to support the invasion.