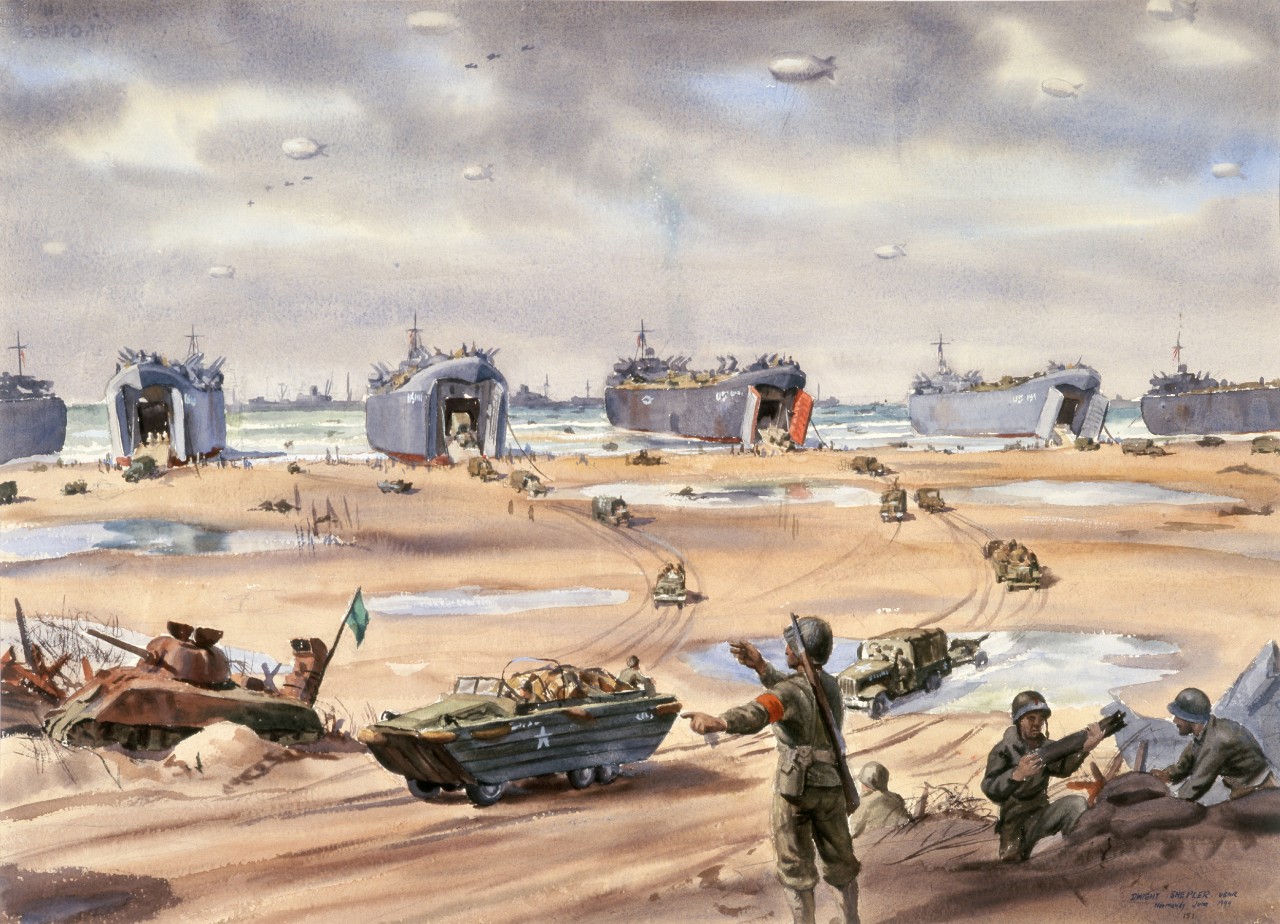 On Omaha beachhead the wreckage of assault was thrust aside as reinforcements poured from LSTs with their mobile cargo.  It was not an uncommon sight to see thirty LSTs “dry out” and discharge their load at low tide, and float away at high tide.  With this sight repeated on all beaches of the assault force, the “lift” carried by various amphibious craft was enormous.  The “Ducks” [DUKW amphibious wheeled vehicles] were bringing cargo from a ship offshore; while members of the US Navy’s 7th Beach Battalion, which landed with the assault, are sandbagging the shelter of their signal station.