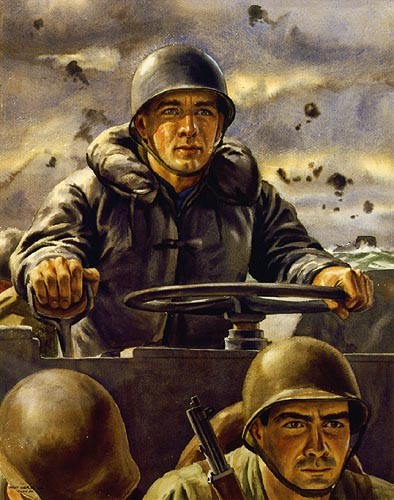 The landing craft coxswain was the symbol and fiber of the amphibious force.  Exposed to enemy fire as he steered his ship to the enemy shore, the lives of thirty-six infantrymen in his small LCVP (Landing Craft, Vehicle, Personnel) were his responsibility.  If he failed in his mission of landing these troops, the strategy of admirals went for naught; the bombardment of a naval force alone could never gain a foothold on the hostile and contested shore.  The coxswain became a paragon of courageous determination and seamanship.