Champions on the Champ 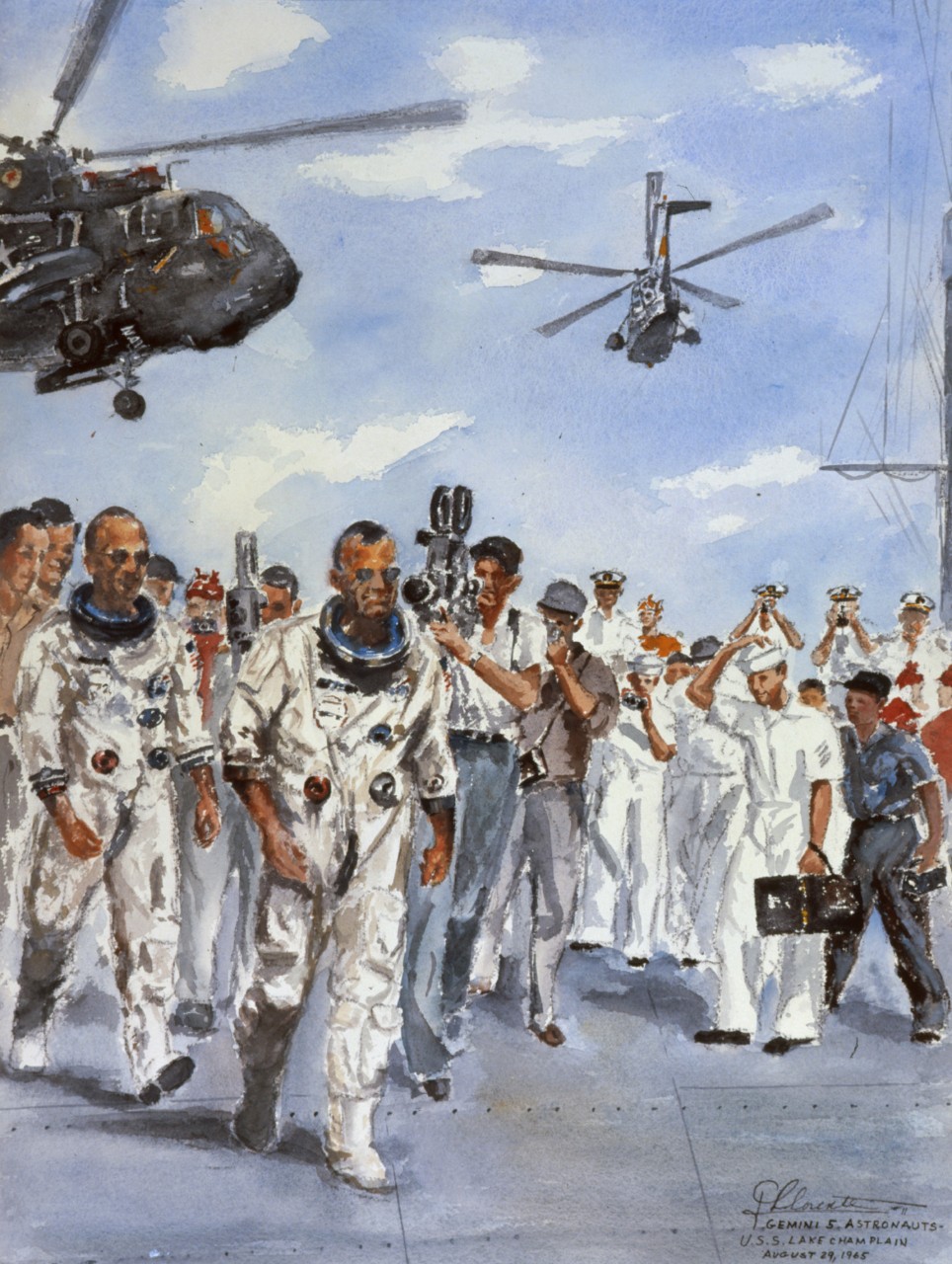 Astronauts LCDR Conrad and LTC Cooper walk across the deck of USS Lake Champlain as the press and crewmembers watch.

LCDR Conrad was an avid pilot in college and earned a degree in aeronautical engineering at Princeton in 1953, at which point he joined the Navy. He excelled in flight school, became a carrier pilot, and a flight instructor/test pilot at Patuxent River Naval Air Station before being selected as an astronaut.

LTC Cooper received a degree in chemistry from the University of Washington. He became a naval aviator in 1953, serving at Jacksonville, Florida, Patuxent River, Maryland and Miramar, California before becoming an astronaut.