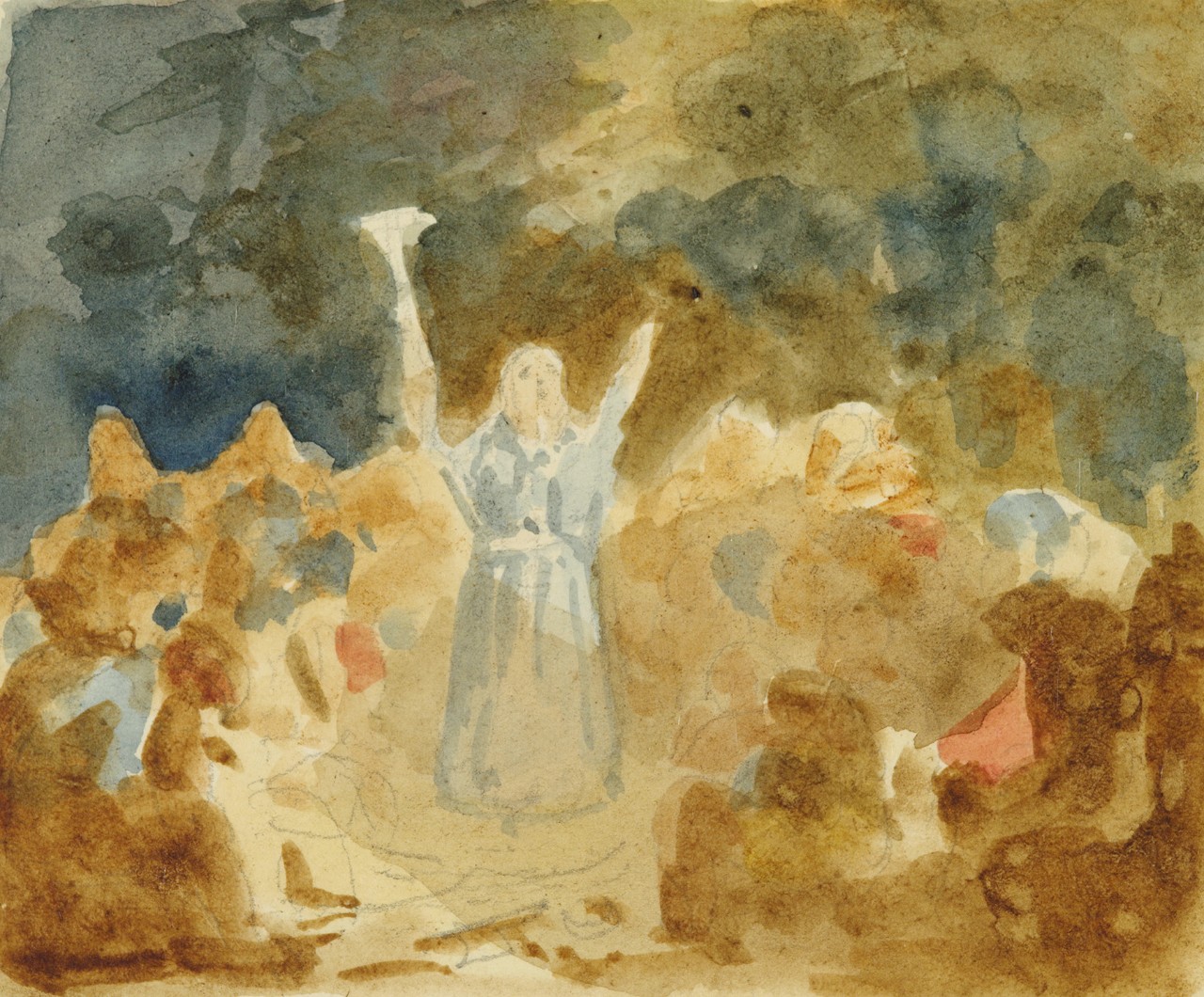 This is a harsh allegory depicting the subduing of Native Americans by a religious. Agate may not have intended this as a positive image, as the explorers witnessed on several occasions the oppression of native peoples by missionaries. In his narrative, Wilkes frequently criticized missionaries' behavior, particularly where Catholic and Protestant missionaries clashed. It is also possible that this image is related to a painting by Agate's brother Frederick. Frederick Agate was working in Rome in 1844 on an allegory of Jesuit missionary work in the American west when he was stricken with an illness that eventually resulted in his death.