Morning of D-Day from LST 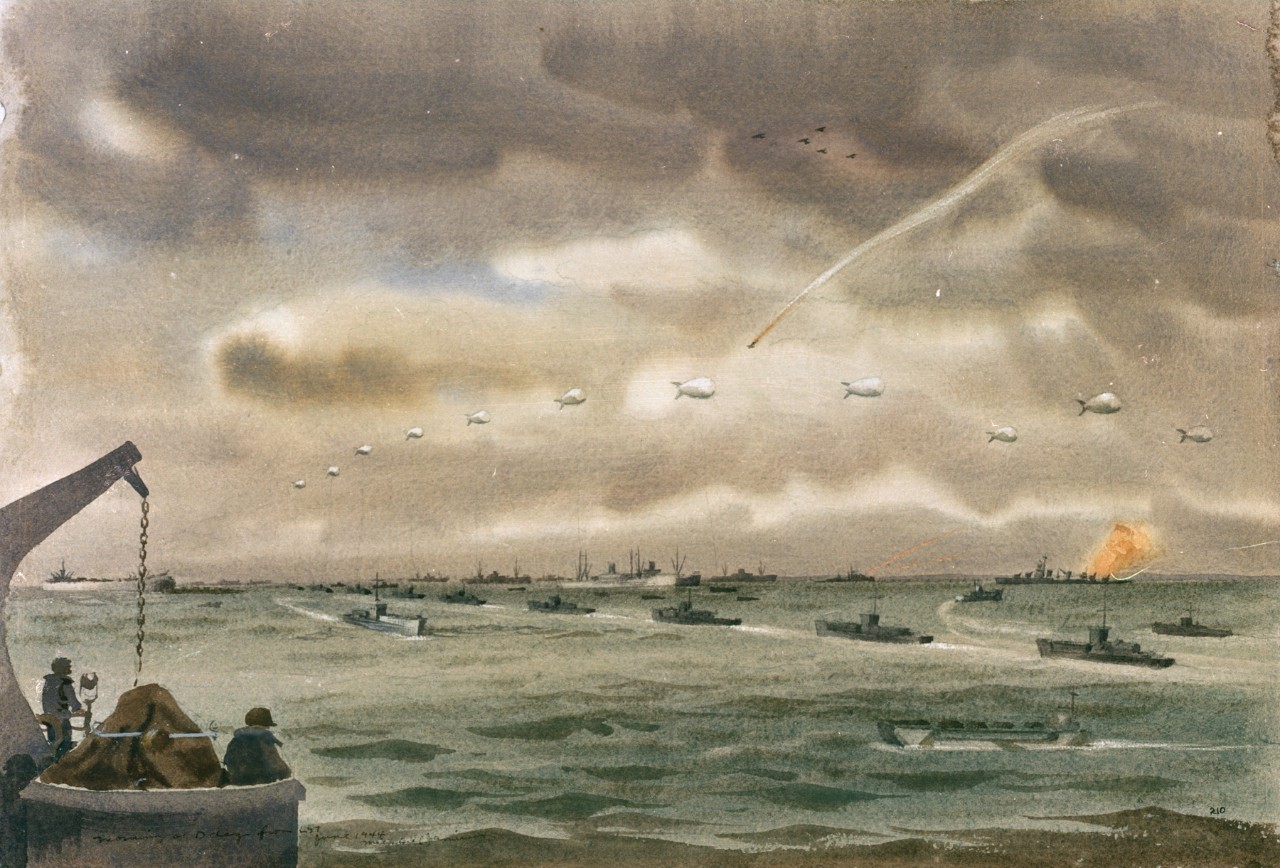 LCIs in formation passed one after another, then executed a turn and headed in towards the coast with their assault troops. Transports and LSTs were seen in the distance. The LST to the left of the picture in the distance was unloading onto her "rhino." Overhead, a US Army Air Force P-38 fighter aircraft was hit and left the formation, trailing a stream of white smoke and flame. A cruiser and destroyer to right are shown shelling objectives ashore. The LSTs in the artist’s group had by this time unloaded their tank decks onto "rhino" forces, but it would take them hours to get in. The sea was fairly rough, making it difficult for the LSTs to "marry up" with much smaller LCTs to unload the vehicles from the main deck.