Every Girl that Joins the WAVES 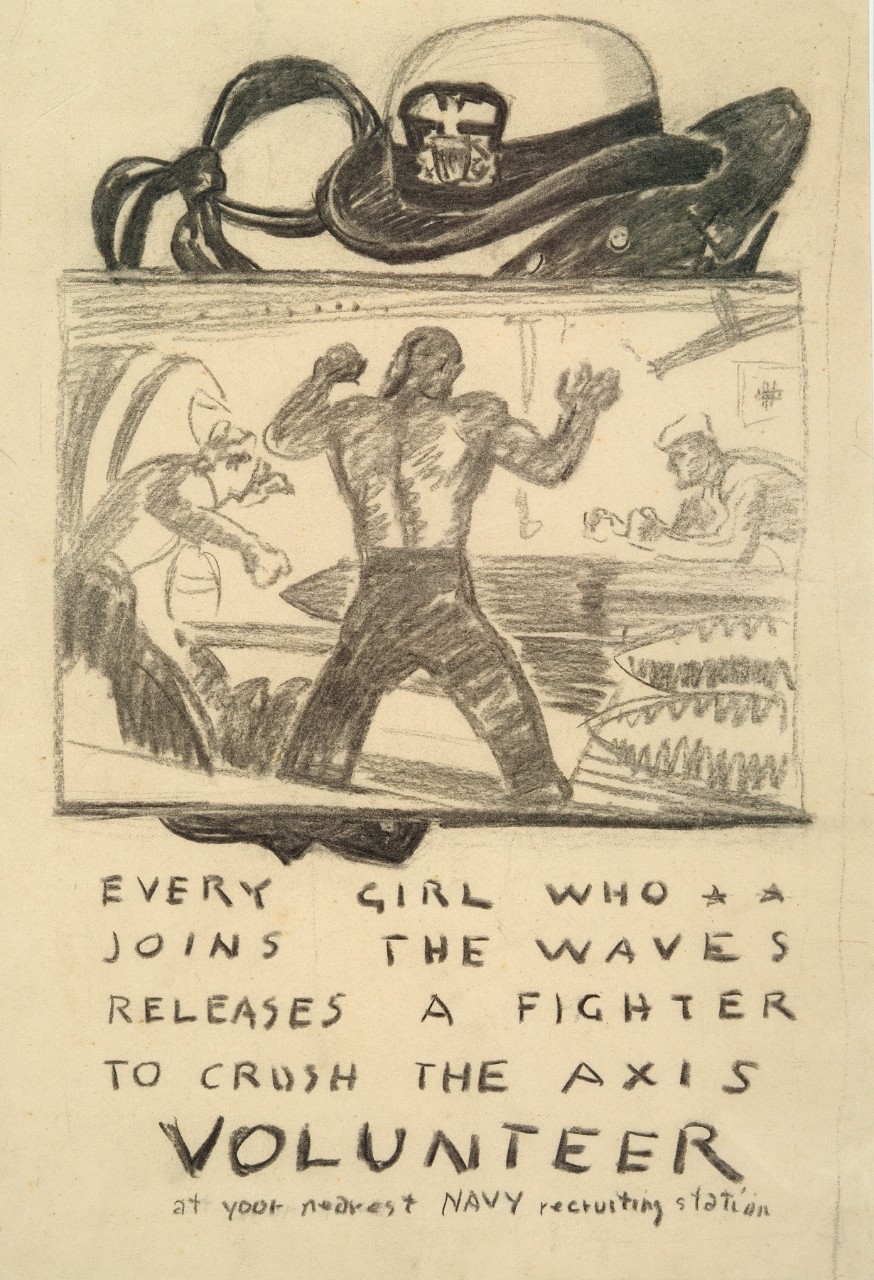 Women enlisting in the Navy during World War II served two purposes. First, they filled positions newly created by the expanding American war effort, and secondly, they replaced men in stateside assignments in order to free them for combat overseas. For this reason, some men who did not want to go into combat and some women who did not want their husbands, brothers and sons to go into combat, resented the WAVES. Women who enlisted in the Navy also suffered from the stereotype that they were overly masculine, or at the other extreme, government-sanctioned prostitutes. This produced a public relations challenge for the Navy. Through the recruiting images, the Navy hoped to depict female service as noble, serious, patriotic and feminine.