WAVE At War, Ships At Night 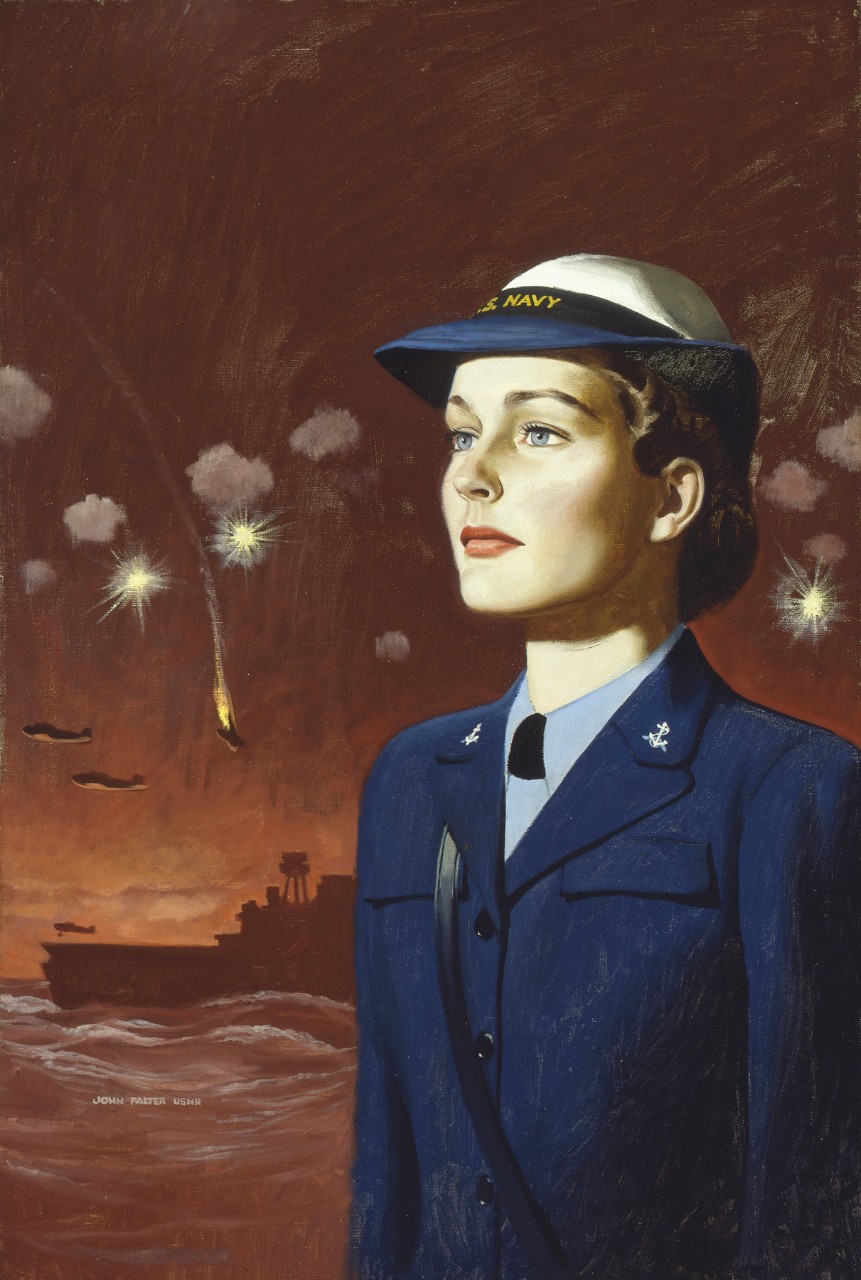 WAVES were not eligible for combat duty. Their assignments remained stateside or in the territories of Hawaii and Alaska. But recruiting posters often depicted the contributions of WAVES to combat victories. Here, Falter superimposes a female enlistee over a battle scene, as though she stands for all the WAVES-parachute riggers, machinists' mates, gunners' mates, and others who will make this victory possible. This type of image not only brought in new recruits, but it boosted morale among the WAVES, reminding them that their work was directly impacting the war effort and strengthening the might of Navy forces.