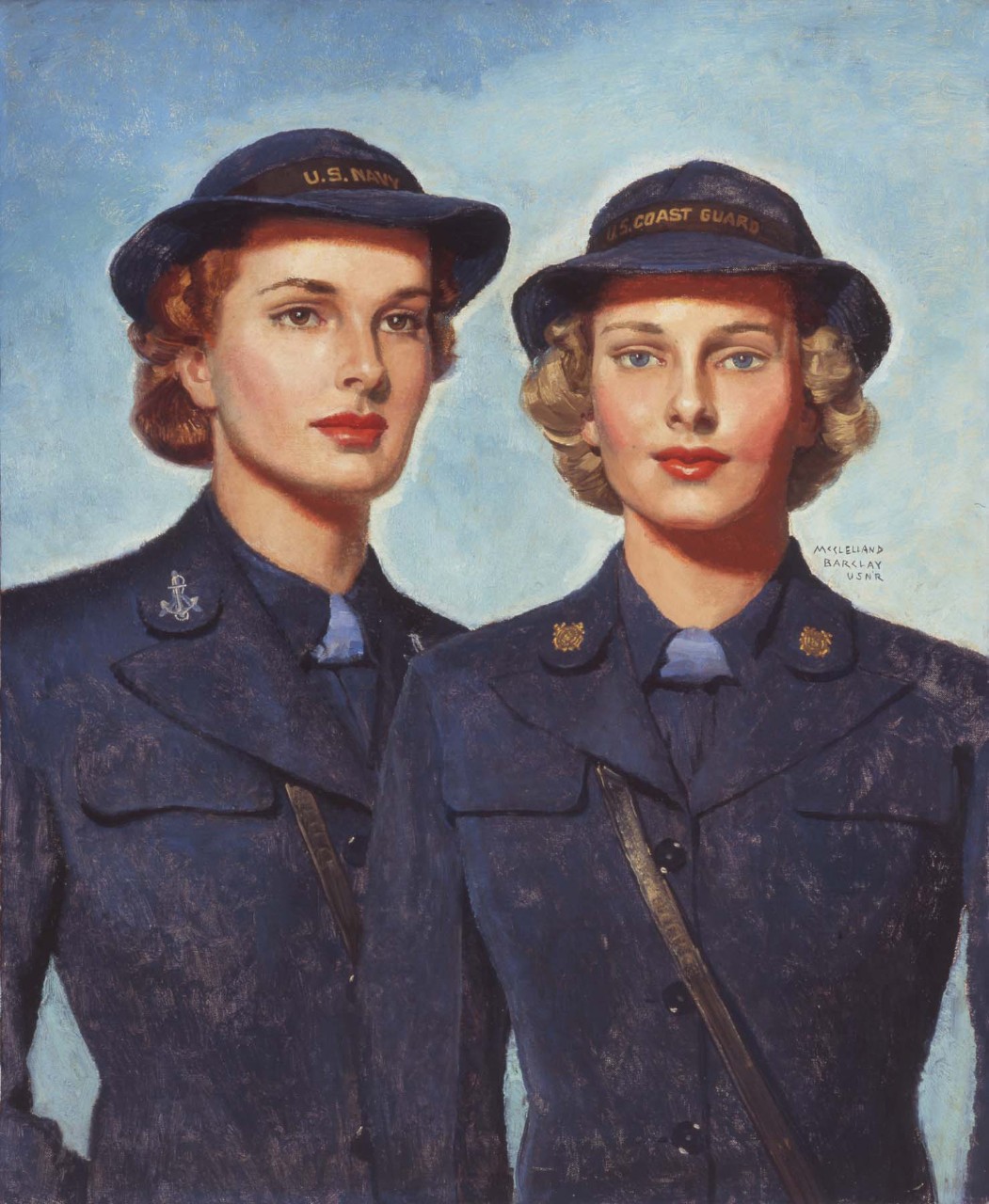 This history of the WAVES and SPARS began in 1942. In that year, Mildred McAfee was sworn in as a Naval Reserve Lieutenant Commander, the first female commissioned officer in U.S. Navy history, and the first Director of the WAVES. Dorothy Stratton, the first director of the SPARs, started out as a WAVE before being asked to organize the Coast Guards Women’s Reserve. While they are not the women those portraits are featured in the artwork, they are the driving force behind the women’s reserve.