Death of the Shoho 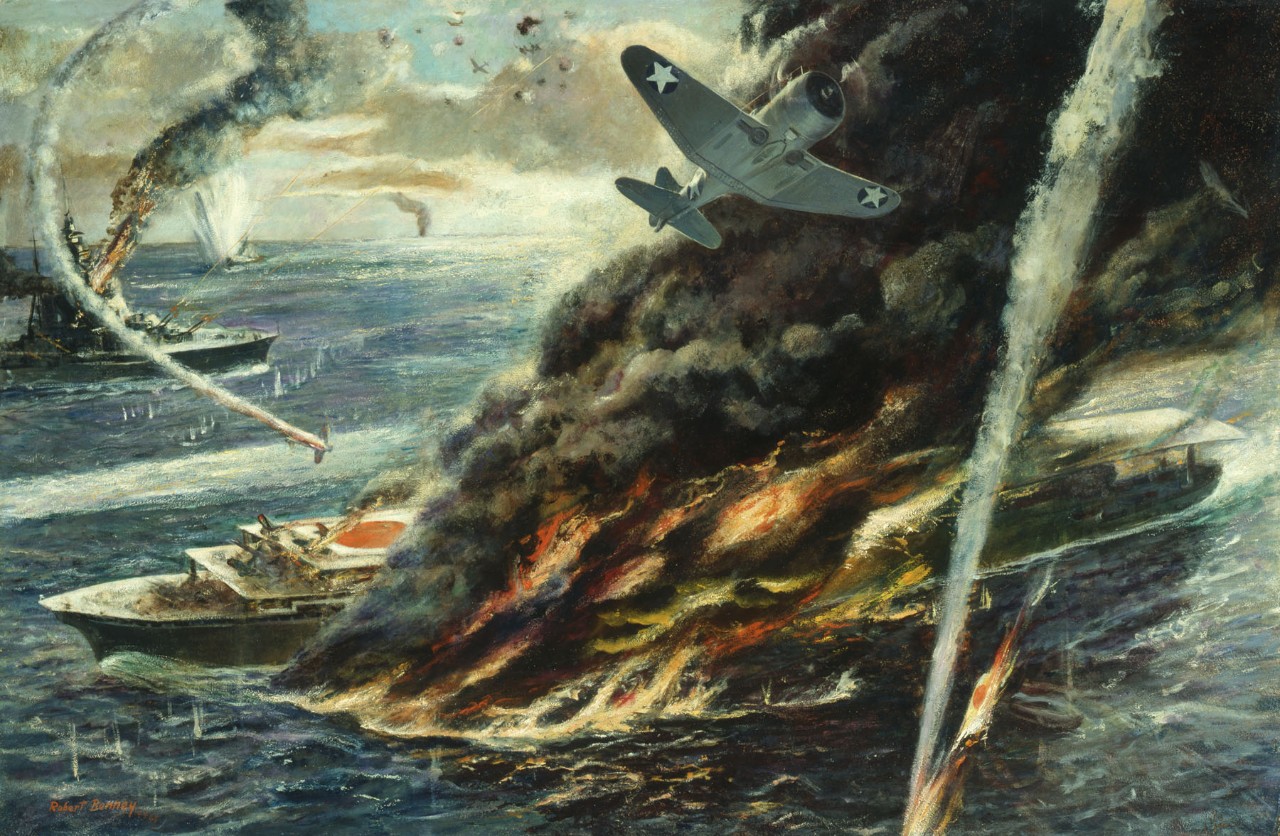 In May, 1942, the United States Navy won the first major naval engagement in history fought without surface ships exchanging a shot. It was the Battle of Coral Sea, in which the might of Naval Aviation shattered and turned back the spearhead of a Japanese battle force menacing the United Nations' last Pacific stronghold of Australia. Here, aflame from stem to quarter, the Japanese aircraft carrier Shoho falls victim to the lethal combat tactics of Navy dive and torpedo bombers. The Shoho plowed herself under within a period of minutes after dive and torpedo squadrons broke her back.