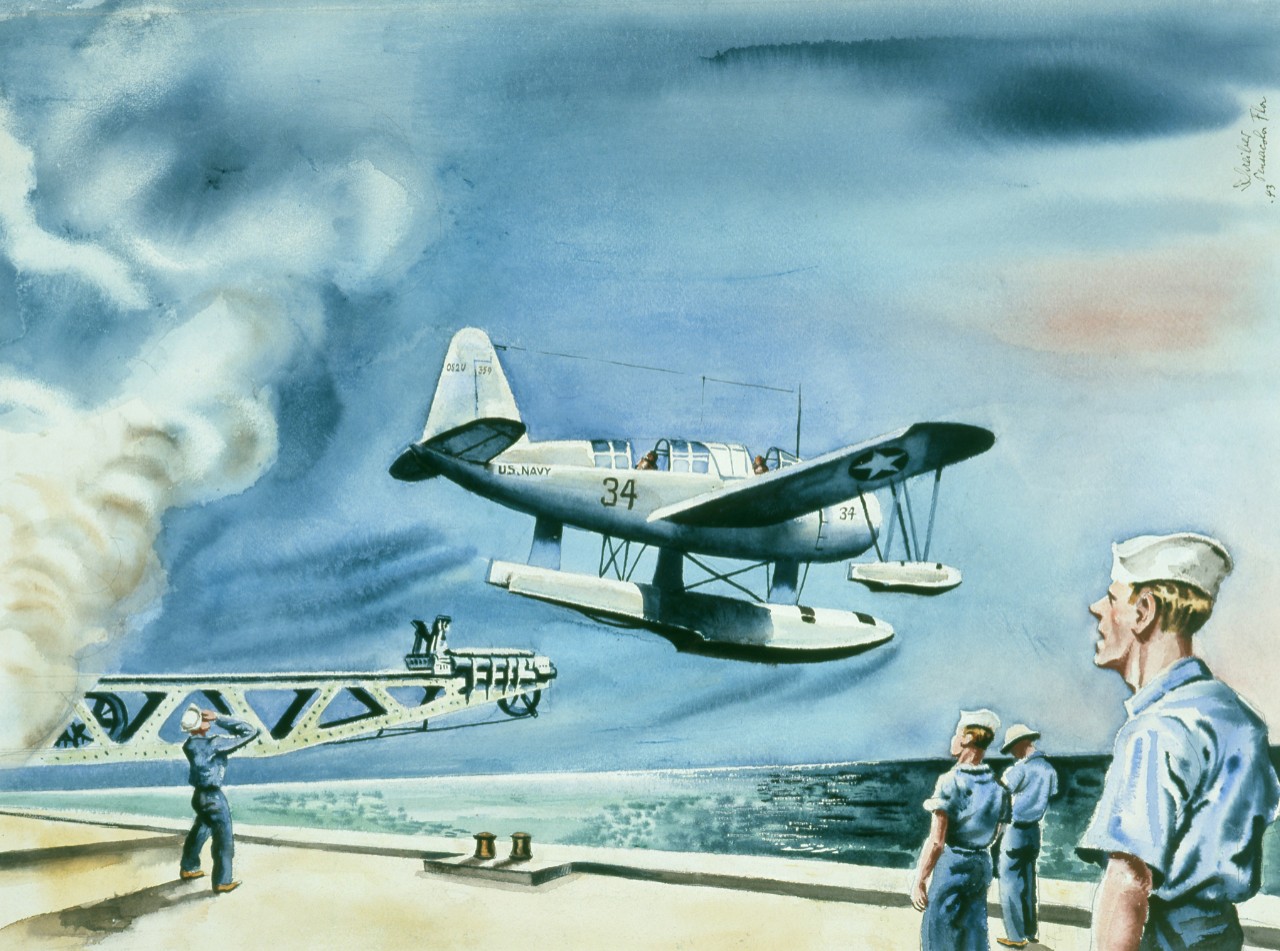 An observation-scout is air-borne from a catapult at the naval seaplane base, Pensacola, Florida. This action took place on the beach as part of training for naval aviation cadets and pilots in operational training. The plane is the Vought-Sikorsky OS2U, used in land-based operations and catapulted from cruisers or battleships to scout the enemy and to spot gunfire. With its crew of two, it can carry small bombs, scout relatively large areas, and when equipped with pontoons, land in rough waters.