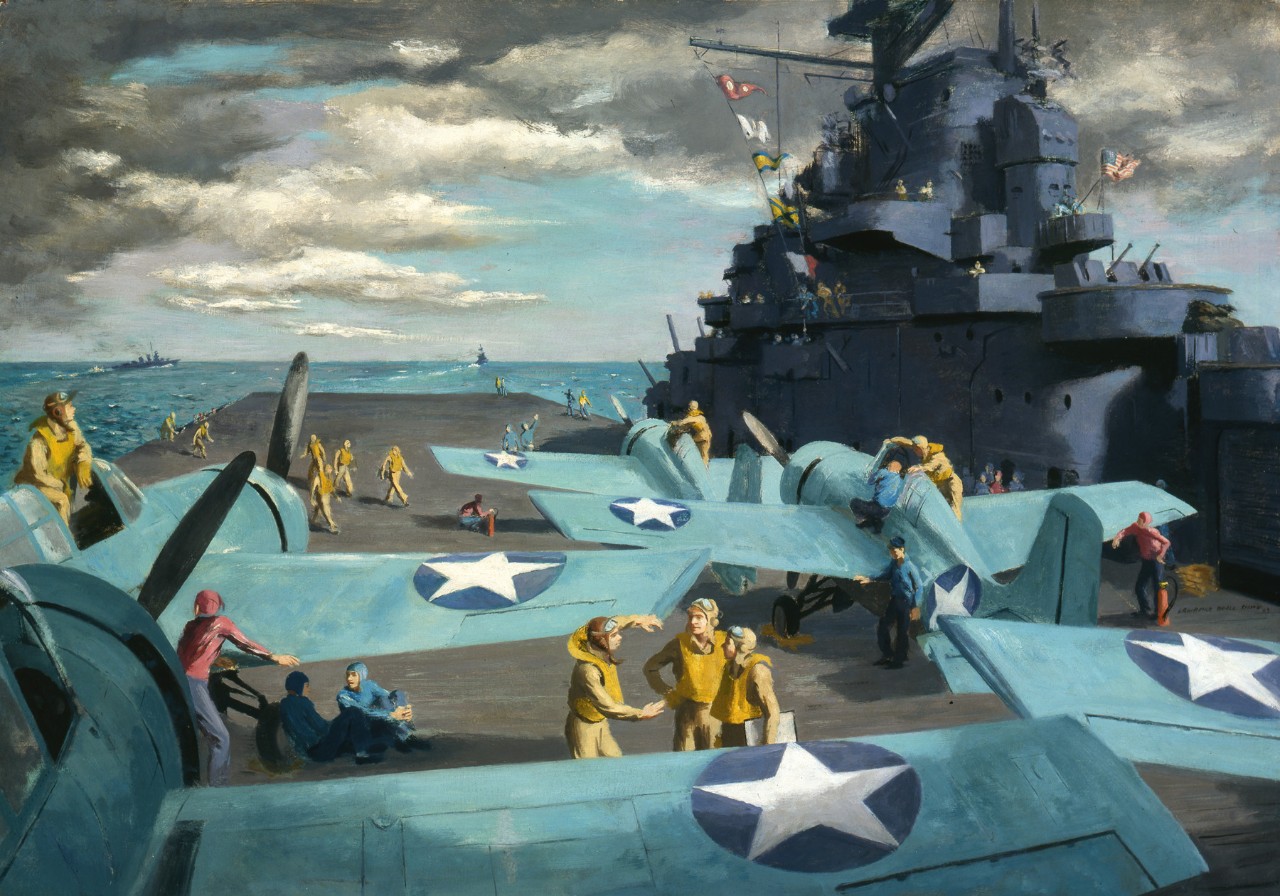 The operations island a grim gray redoubt against the sky, this aircraft carrier steams behind her task force screen with a swarm of fighters at ready on the flight deck.  To be first off, planes of a fighter squadron stand at Fly One, the take-off spot.  Behind them, in order, will be the dive bombers and the torpedo bombers.  Meanwhile, as signal pennants snap from the truck, handling crews and pilots await the orders which will send these Grumman fighters snarling into the air.