Battle of Midway, US Dauntless Aircraft Dive On Japanese Carriers 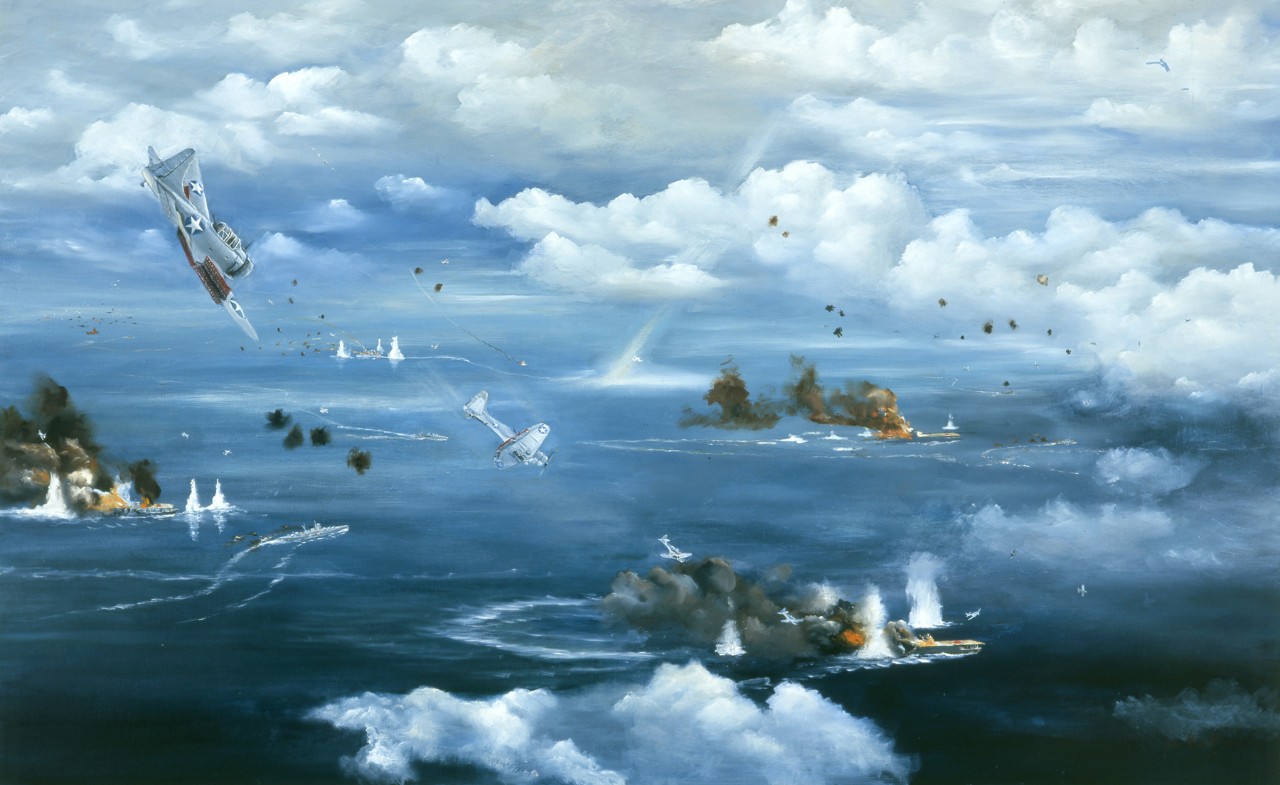 The American dive bombers were about ready to return to their carriers, until the enemy was spotted.  The air combat patrol for the Japanese fleet should have been above, but they were at sea level destroying the American torpedo bomber airplanes.  This allowed the SBD Dauntless dive bombers to attack from 15,000 feet just as the carriers were turning into the wind to launch their most experienced pilots.  The attack left IJN Akagi, Kaga and Soryu engulfed in flames and ultimately were destroyed.  This turned the tide, not just for the Battle of Midway, but the entire war in the Pacific.