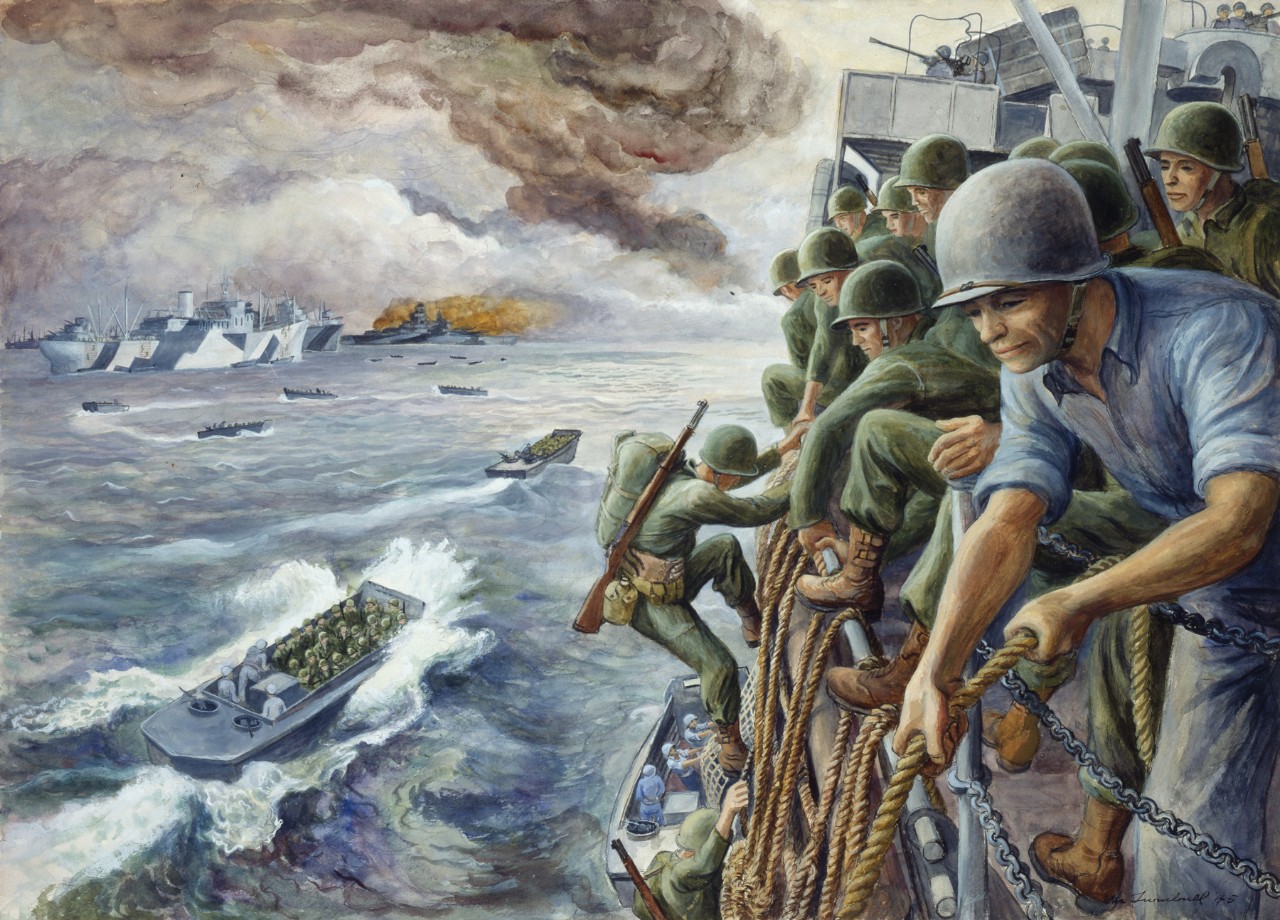 Troops cluster at the rail of a ship over whose side they are about to descend. In the background a battleship is firing a salvo into the shore at Lingayen. Just to the left is seen an attack transport, a sister ship of the one from which the picture is made. In the middle foreground are some LCVP's moving in a circle. This maneuver is performed until all the craft are assembled and are given the signal to move up to the line for the final dash in. The man in foreground holds a rope to steady an LCVP below.