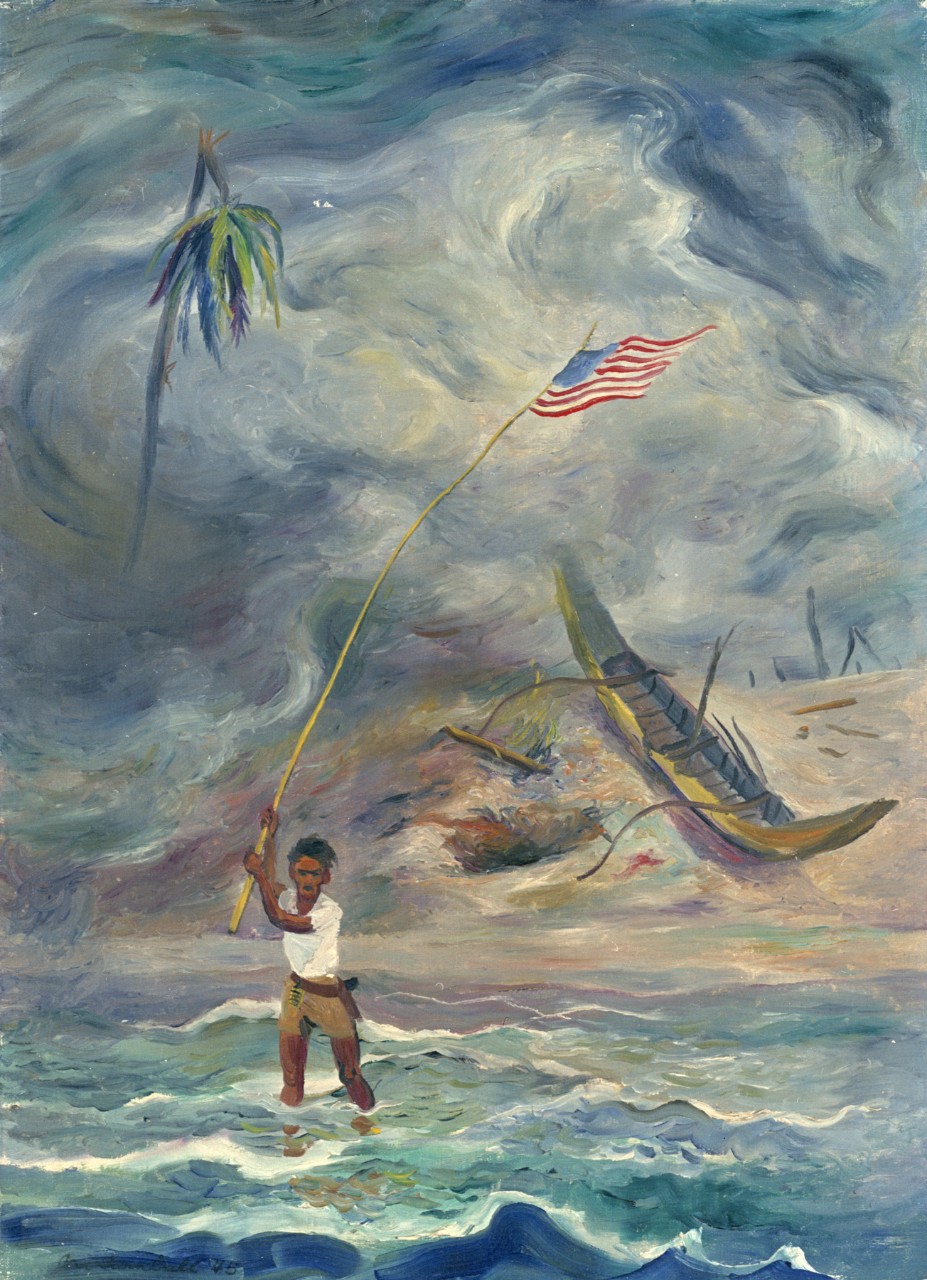 Filipino guerrilla waving an American flag while standing in the surf. This man was spotted by one of out observation planes waving a flag in the midst of our most concentrated pre-invasion bombardment a few minutes before H-Hour. He was attempting to signal our forces that the Japanese had retreated and that we would be able to land without bombardment. This was probably one of the greatest single acts of heroism of the whole operation.