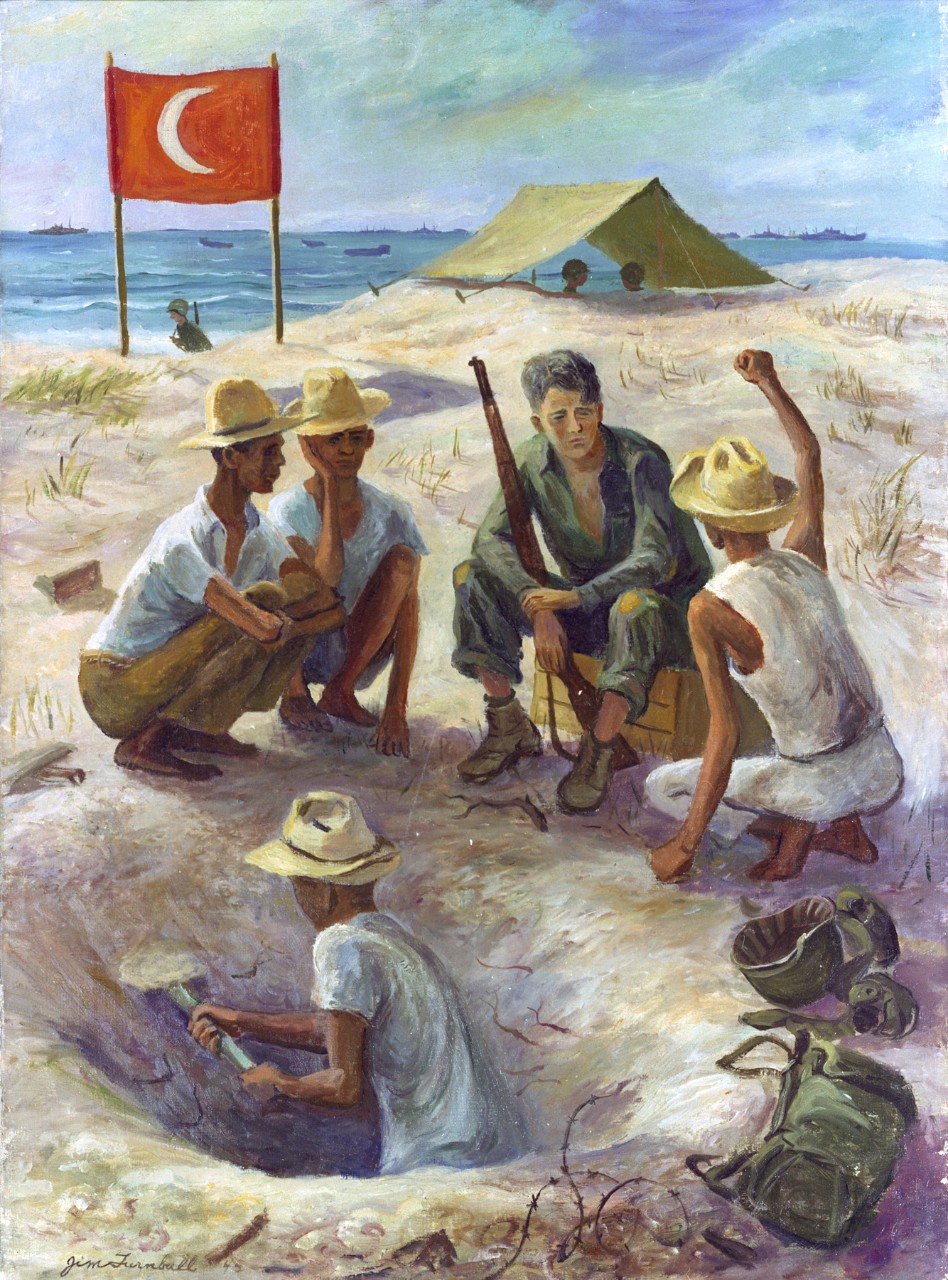 An American enlisted man, wearing greens with yellow patches on knees and elbows (to indicate that he is a member of a Navy shore party), sits by his foxhole which, at the insistence of four Filipinos, is being dug by one of them. The Filipinos were so glad to see our men that this was one of the ways they took to show their appreciation. Thus an Ohio farm boy meets a strange people on a newly won shore and hears the stories of their suffering.