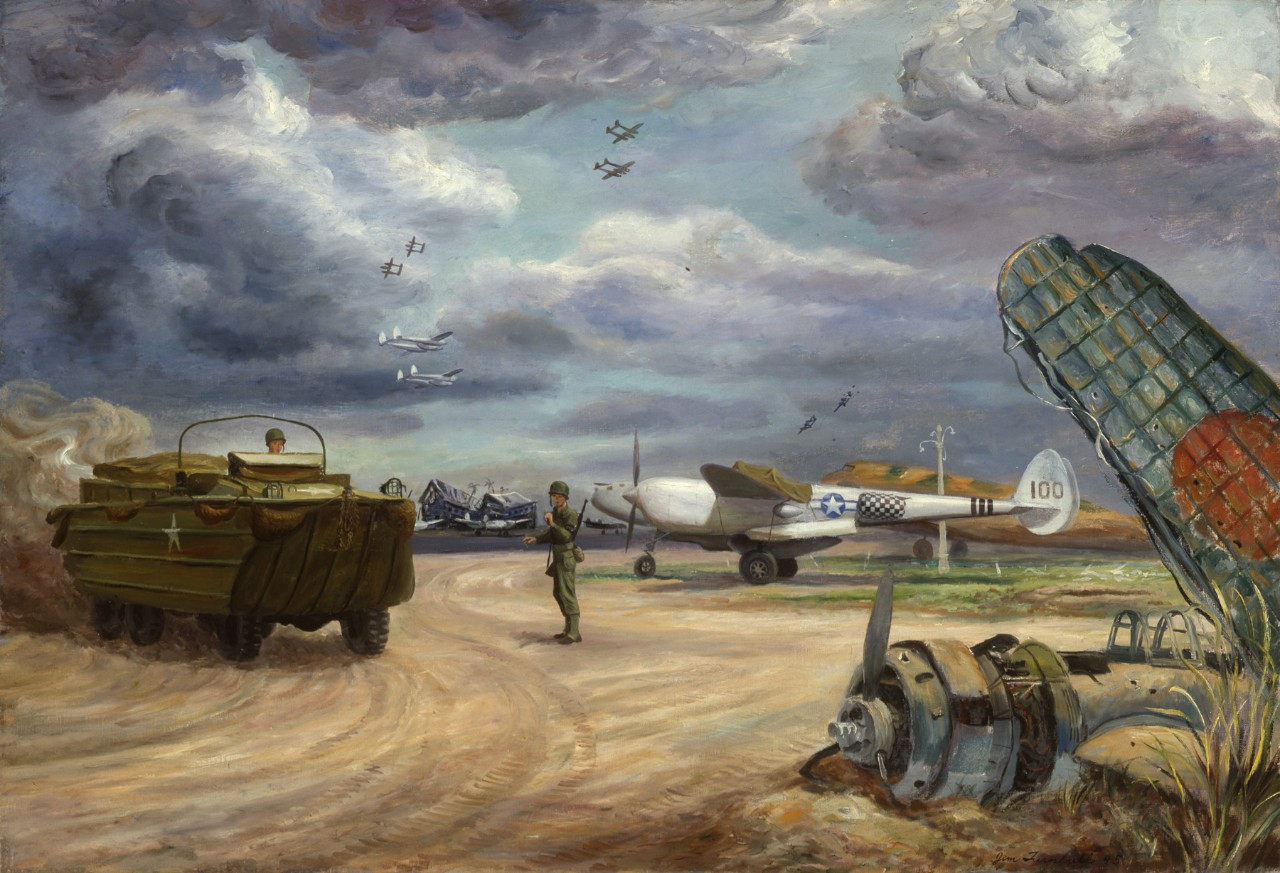 This Japanese air strip was put out of action by carrier aircraft several days before the landing in Lingayen Gulf, January 9, 1944. Piper Cub planes used for observation purposes landed on this strip shortly after our troops hit shore. Immediate repair made possible the landing of some fighter aircraft and in a matter of a few days the strip was covered with a metal runway, and P- 38's, night fighters, PBY's and C47's were making this one of the most crowded air strips in the world. A road goes past one end of the strip from the beach and supplies were carried over it by "Ducks" (in left foreground) and other vehicles. The MP keeps traffic moving.