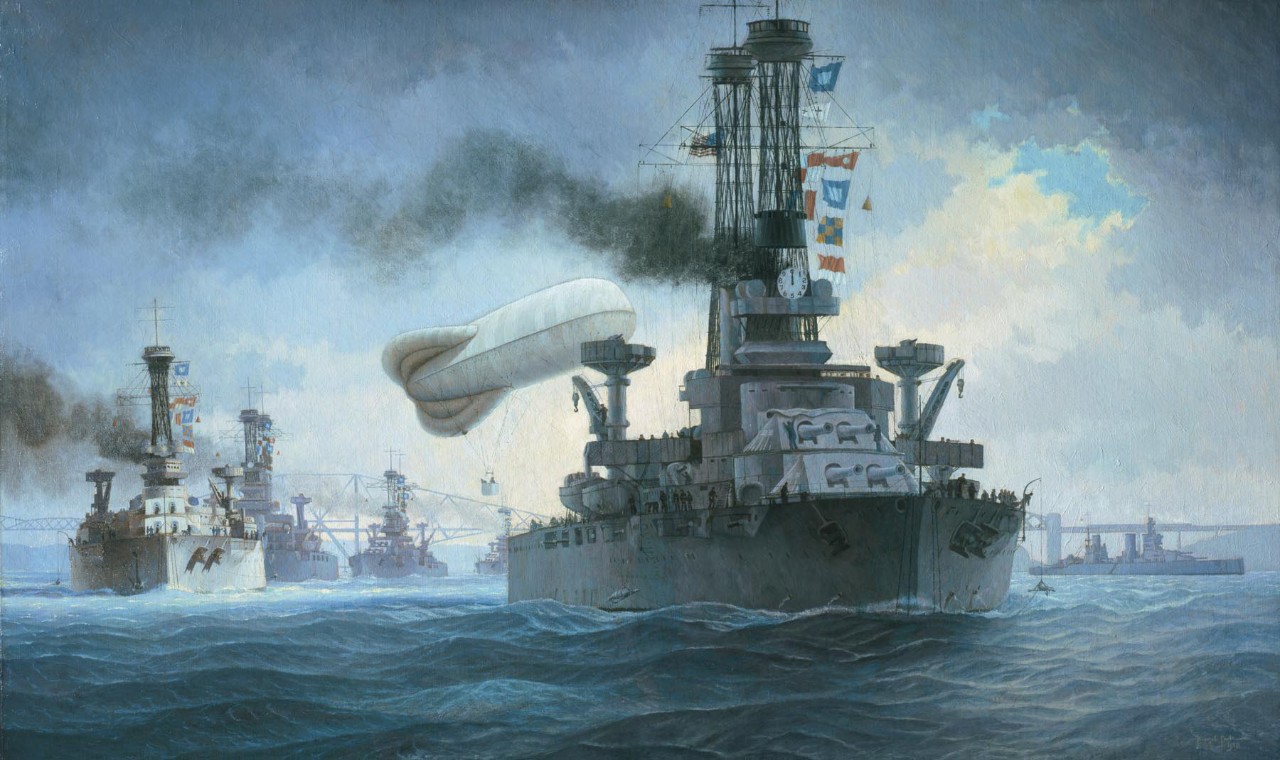 When the United States entered the war in April 1917, the British admiralty requested that the U.S. Navy send ships to serve in their blockade of Germany and on convoy duty.  Reluctant to allow its most important ships to serve under British orders, the Navy first sent Destroyer Squadron 8, but in October 1918 United States Battleship Division Nine followed, which was incorporated into the British Fleet as the Sixth Battle Squadron.  It served with the British Grand Fleet for a year, leaving the German fleet reluctant to leave its port.