The Sinking of USS President Lincoln 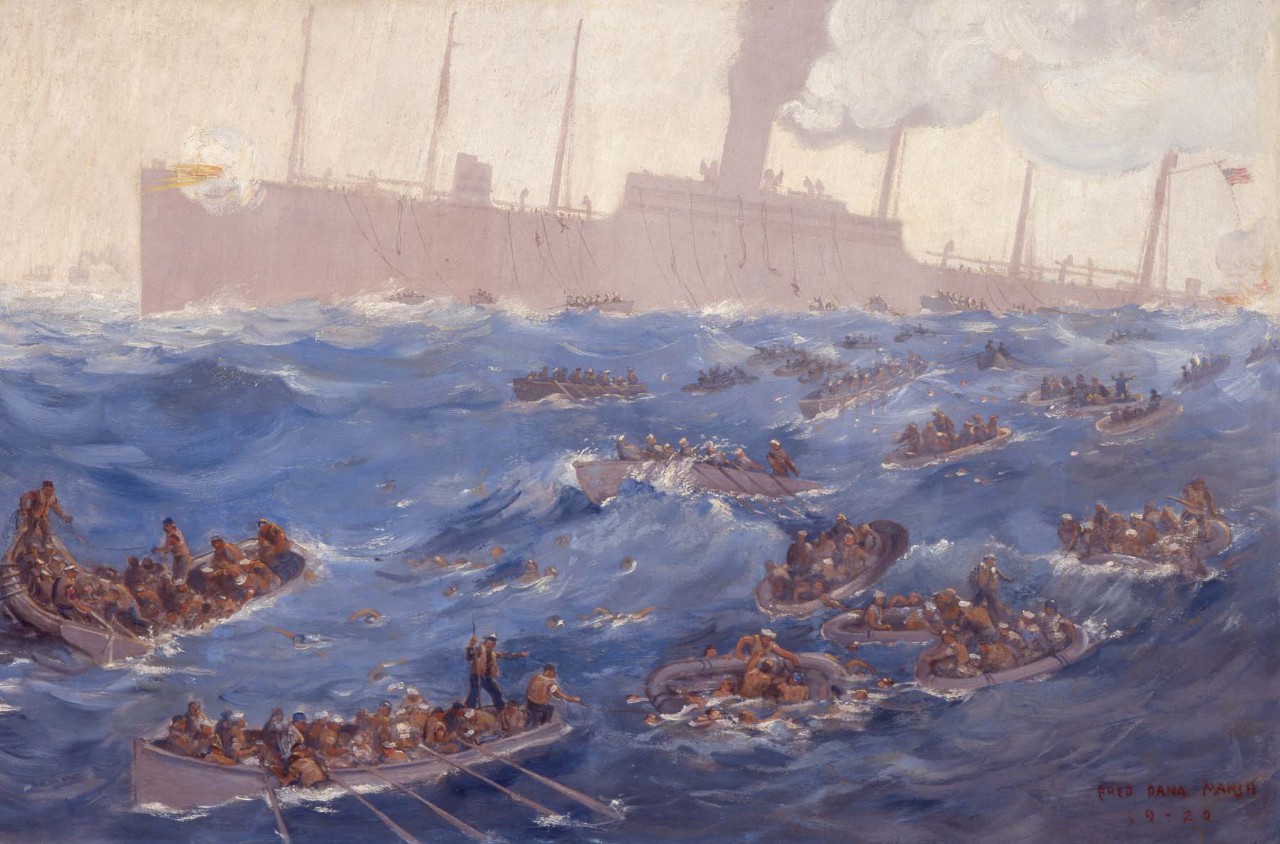 At the onset of the war, the SS President Lincoln of the Hamburg-American Line was seized in New York Harbor and put into service as the transport ship President Lincoln.  It made four trips between New York and Brest, France without incident but on its fifth return trip, on 31 May 1918, it was torpedoed by U-90 and sunk.  Of the 715 crew and returning wounded on board, 26 were killed and one officer was taken as a prisoner by U-90.  Survivors escaped in lifeboats and after about 18 hours were rescued by USS Warrington (DD-30) and USS Smith (DD-17).  Published accounts of the incident hailed the minimal casualties that resulted as a remarkable feat of preparedness and valor.