The Arrival of the American Fleet Off Scapa Flow, December 1917 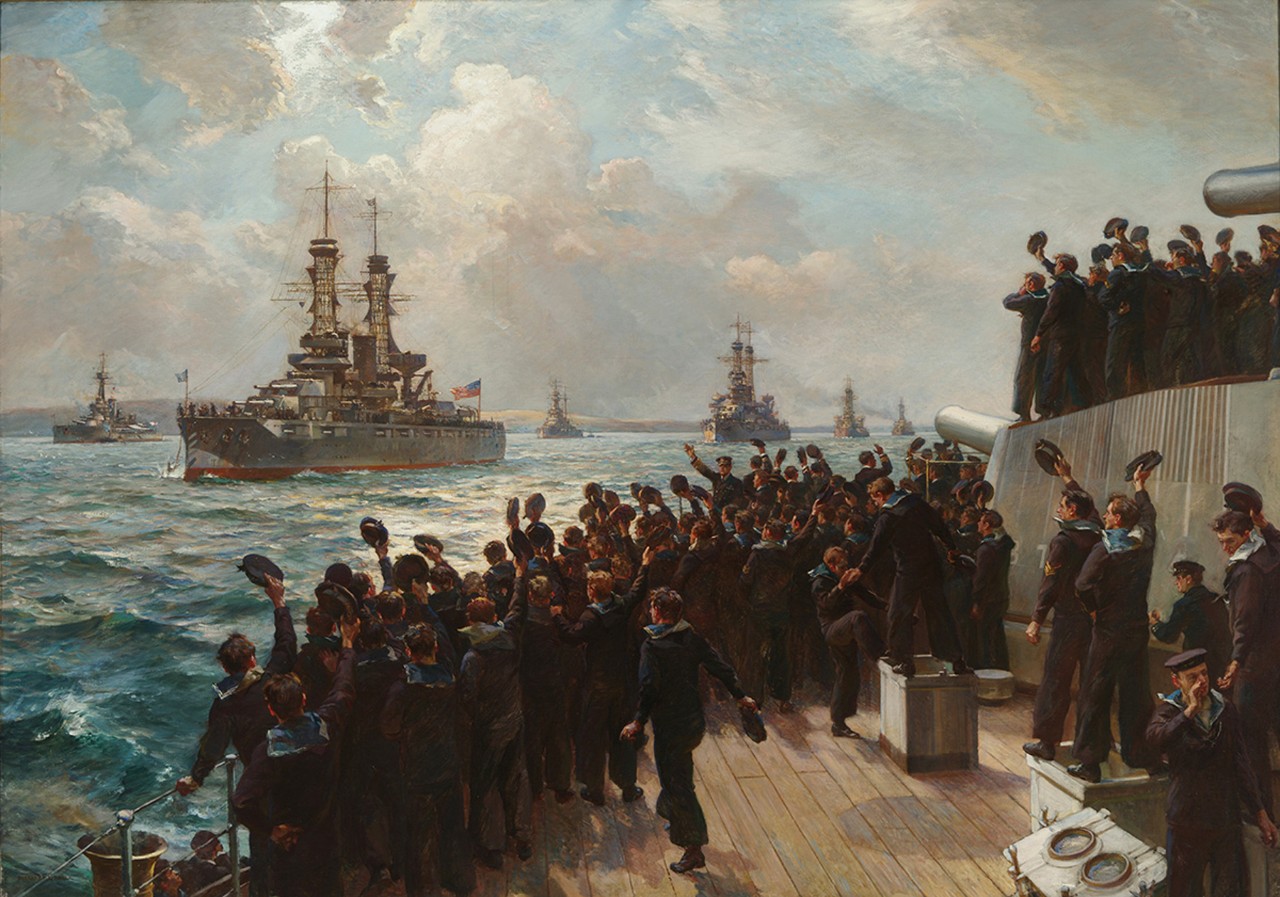 While American destroyers began operating with the British fleet in May 1917, the reluctance of American admirals to disperse their battleships among the British fleet resulted in a delay in their deployment until a more satisfactory arrangement could be made.  Battleship Division Nine, commanded by Admiral Hugh Rodman arrived on 7 December and quickly began operating as the Sixth Squadron of the British Grand Fleet.  Here, USS New York leads the arriving ships, along with Wyoming, Florida, and Delaware.  Cheering their arrival is the crew of HMS Queen Elizabeth, commanded by Admiral David Beatty, R.N.