Survivors Awaiting Rescue Off the Isles of Scilly 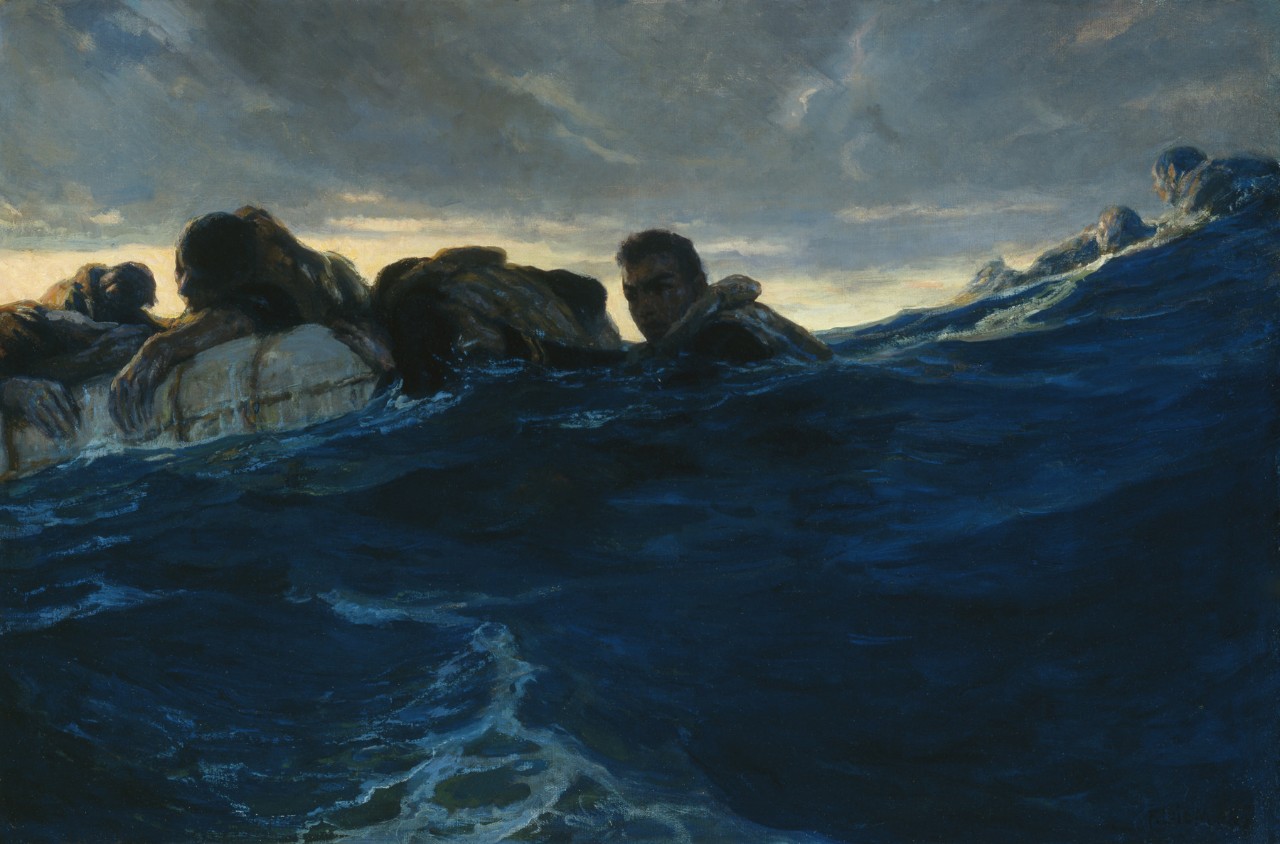 On the evening of 6 December 1917, USS Jacob Jones (DD-61) was torpedoed by German U-53 off the Isles of Scilly, southwest of England, while on patrol.  Efforts by the crew to save the ship failed and the commander ordered it abandoned.  In an extraordinary humanitarian gesture, the commander of U-53 radioed the American base at Queenstown the location of the sinking ship.  British ships came to the rescue overnight while thirty-eight survivors huddled together on boats and rafts.  During the wait, Lieutenant (j.g.) Stanton F. Kalk swam from one raft to another in an attempt to equalize weight on them and preserve the lives of his men.  In helping save them, Kalk over-taxed his own strength and finally died of exposure and exhaustion.  For his heroism, Lt. (j.g.) Kalk was posthumously awarded the Distinguished Service Medal.