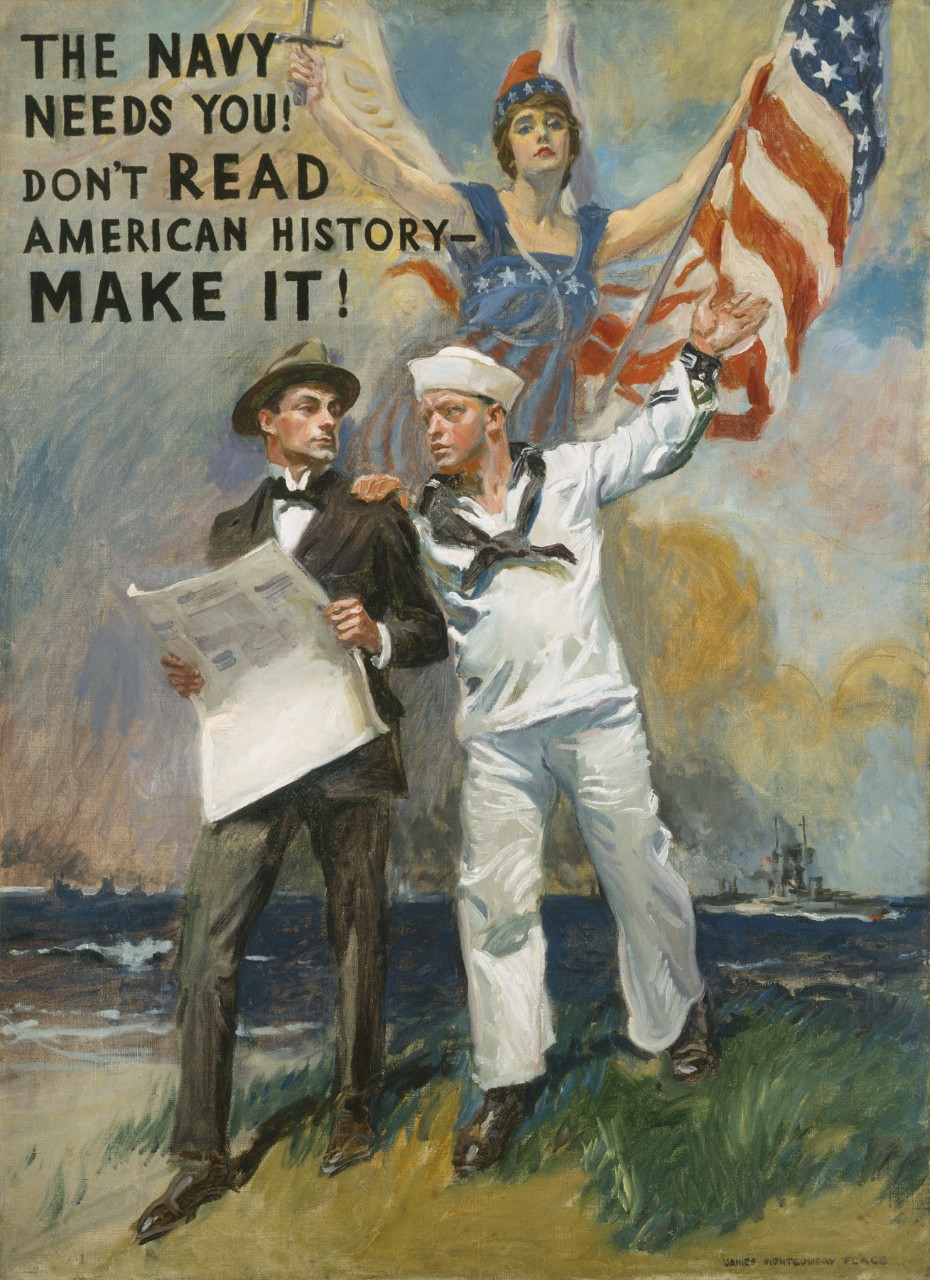 Many famous American artists were at the peak of their productivity at the time of World War I and contributed their skill to the war effort.  James Montgomery Flagg became one of the foremost among them after he created the Uncle Sam “I Want You” poster for the U.S. Army.  For Navy recruiting he created this image in which a Sailor encourages a man to stop reading a newspaper and join in the action.  The Navy printed 25,000 of these posters in the first twelve months of the war.