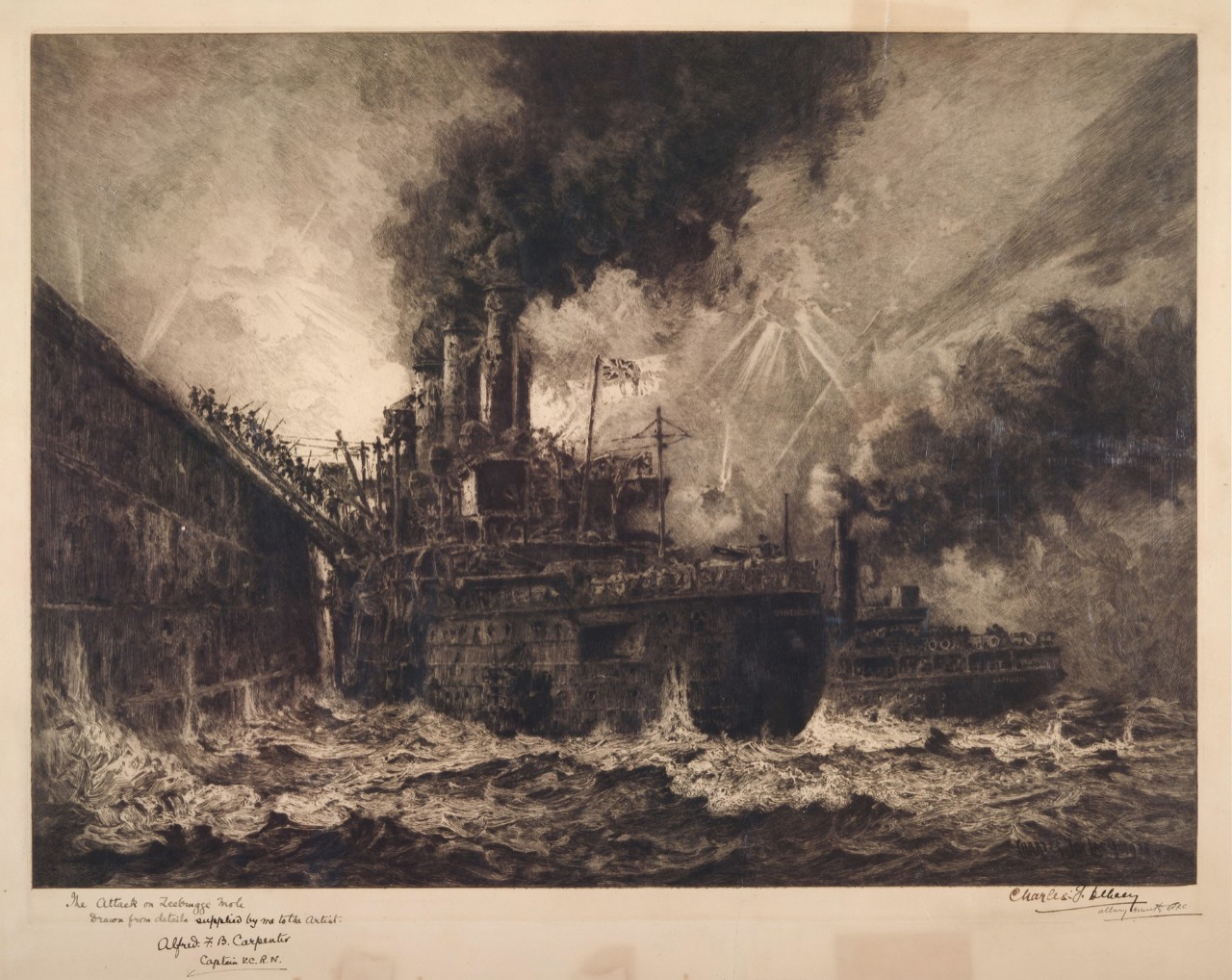 In an effort to blockade the German U-boat port of Bruges-Zeebrugge, Belgium, in April 1918 the British Navy sent three ships filled with concrete to be sunk in the Zeebrugge channel.  Their approach was to be covered by a diversionary attack on the ‘Mole’ or breakwater protecting the entrance to the channel, and the severing of contact between it and the shore with the ignition of two old submarines filled with explosives.  This image shows when Royal Marines from HMS Invincible tried to land on the mole and disable German guns placed on it.  Their effort failed, and though the entire operation managed to only slow the movement of U-Boats for several weeks, the Allies promoted the mission as a success and awarded many medals.  Captain Alfred F. B. Carpenter, who commanded Invincible, was given a Victoria Cross.