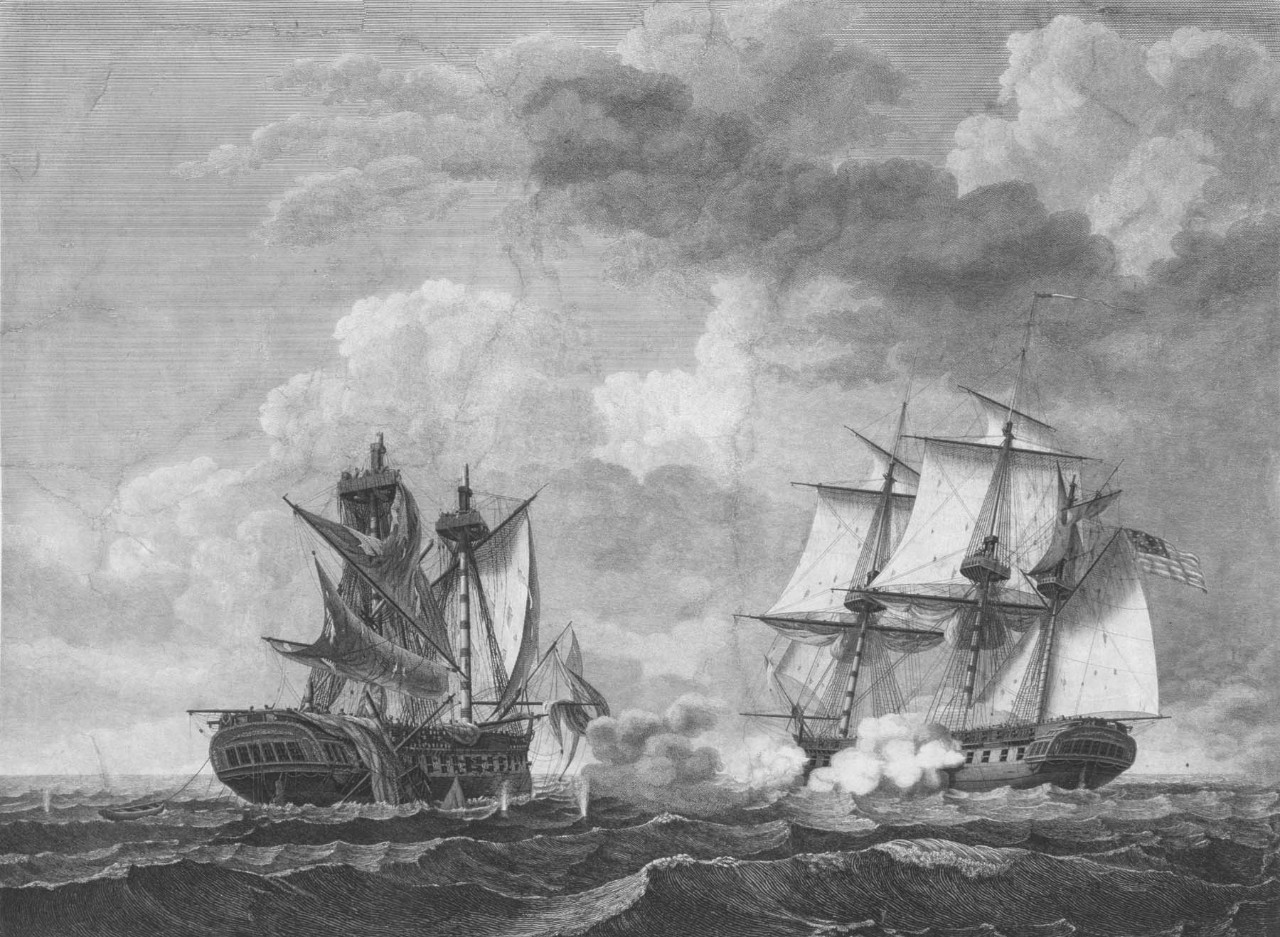 This is a depiction of the famous naval battle. This print and another of Constitution vs. Guerriere, also in this exhibit, were gifts from Mrs. Elizabeth P. Custis to her friend, Mrs. Lear in 1815. Mrs. Custis was George Washington's step‑granddaughter, married for a time to Thomas Law, a wealthy land speculator in the District of Columbia. The Mrs. Lear referenced in a note attached to the back of the original frame, may have been related to Tobias Lear, formerly George Washington's secretary and also a resident of the District during the War of 1812.