The Hornet Sinking the Peacock 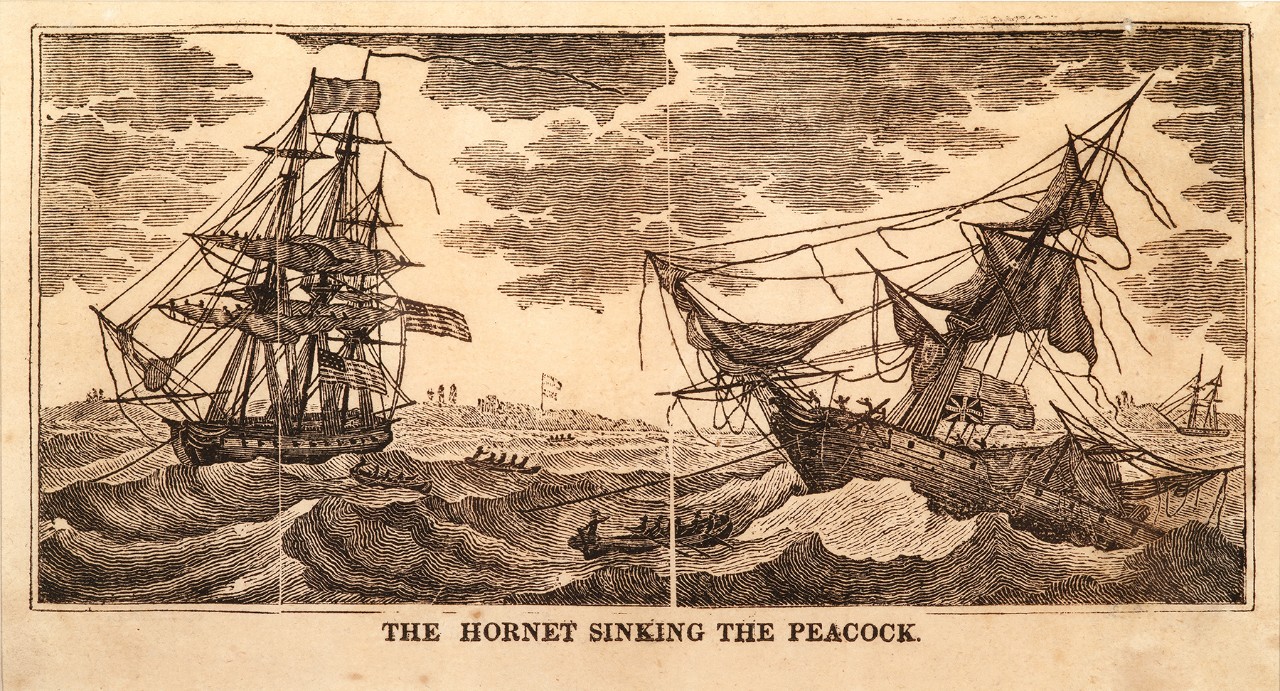 Originally launched in 1805, Hornet was rebuilt and rerigged at the Washington Navy Yard in 1811. During the War of 1812 the ship saw active service off the coast of South America.  In February 1813 its crew captured HMS Peacock off the coast of British Guiana.

This image is cut from George Clark's 1830 reprinting of The Naval Monument, published by Abel Bowen in 1816. Prints from the later edition are distinguished by the vertical lines that break up the picture, and the lack of artist and engraver credits below the image.