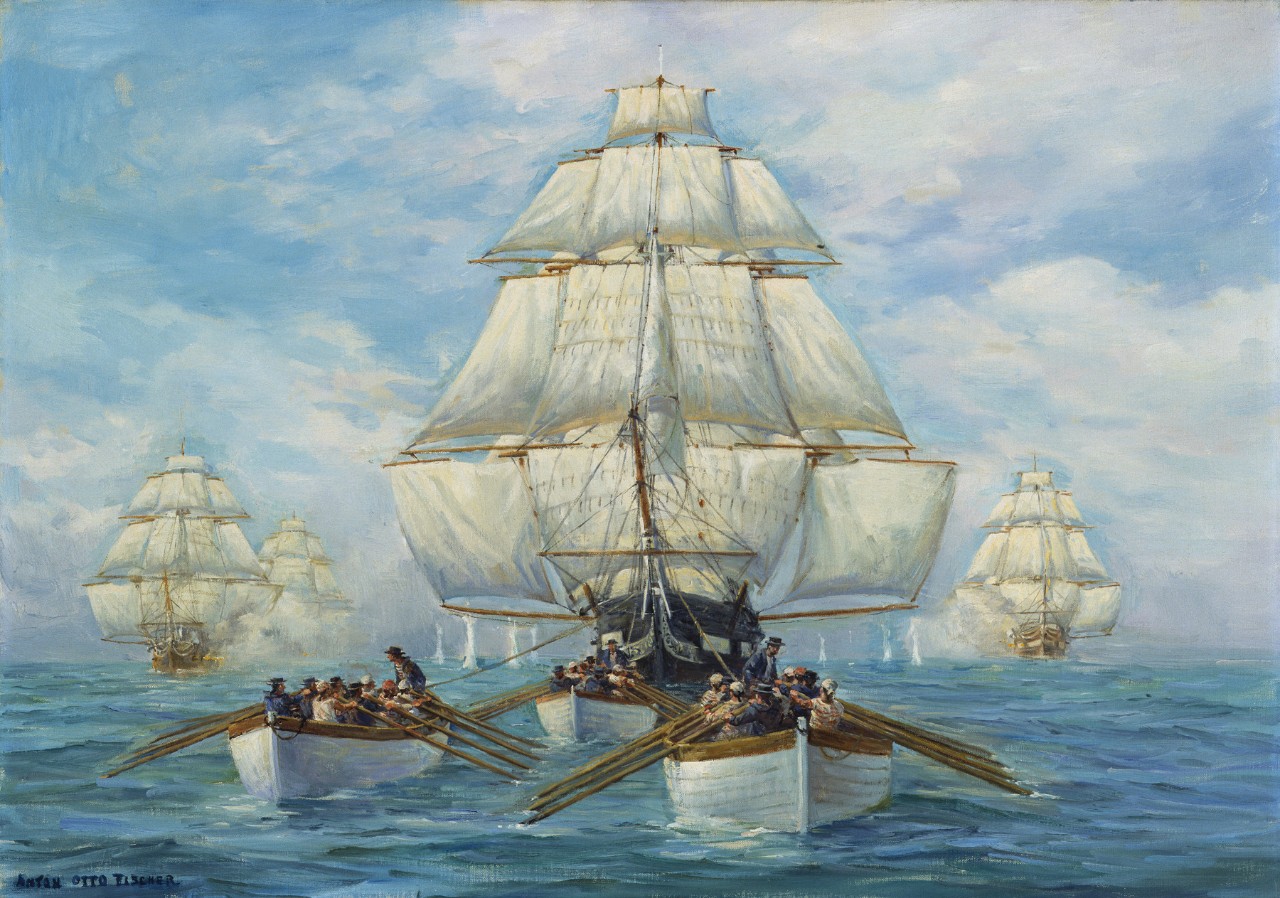 The declaration of war on Great Britain in the summer of 1812 found Constitution enlisting a new crew at Annapolis, Maryland.  The ship departed on 12 July in order to rejoin the squadron at New York, but on the 17th the ship encountered a British squadron off the coast of New Jersey.  Overnight the wind settled and Constitution becalmed within firing distance of the British guns.  In order to escape, Captain Isaac Hull ordered kedging operations –  towing the ship’s anchors out ahead of the ship and dropping them, then dragging the ship forward by winding in the anchor chains.  The British ship Shannon tried the same maneuver to try to draw within range.  Both crews worked for two days, but Constitution finally escaped when the wind returned.  Constitution would later defeat two of the pursuers, Guerriere and Shannon, in later battles.