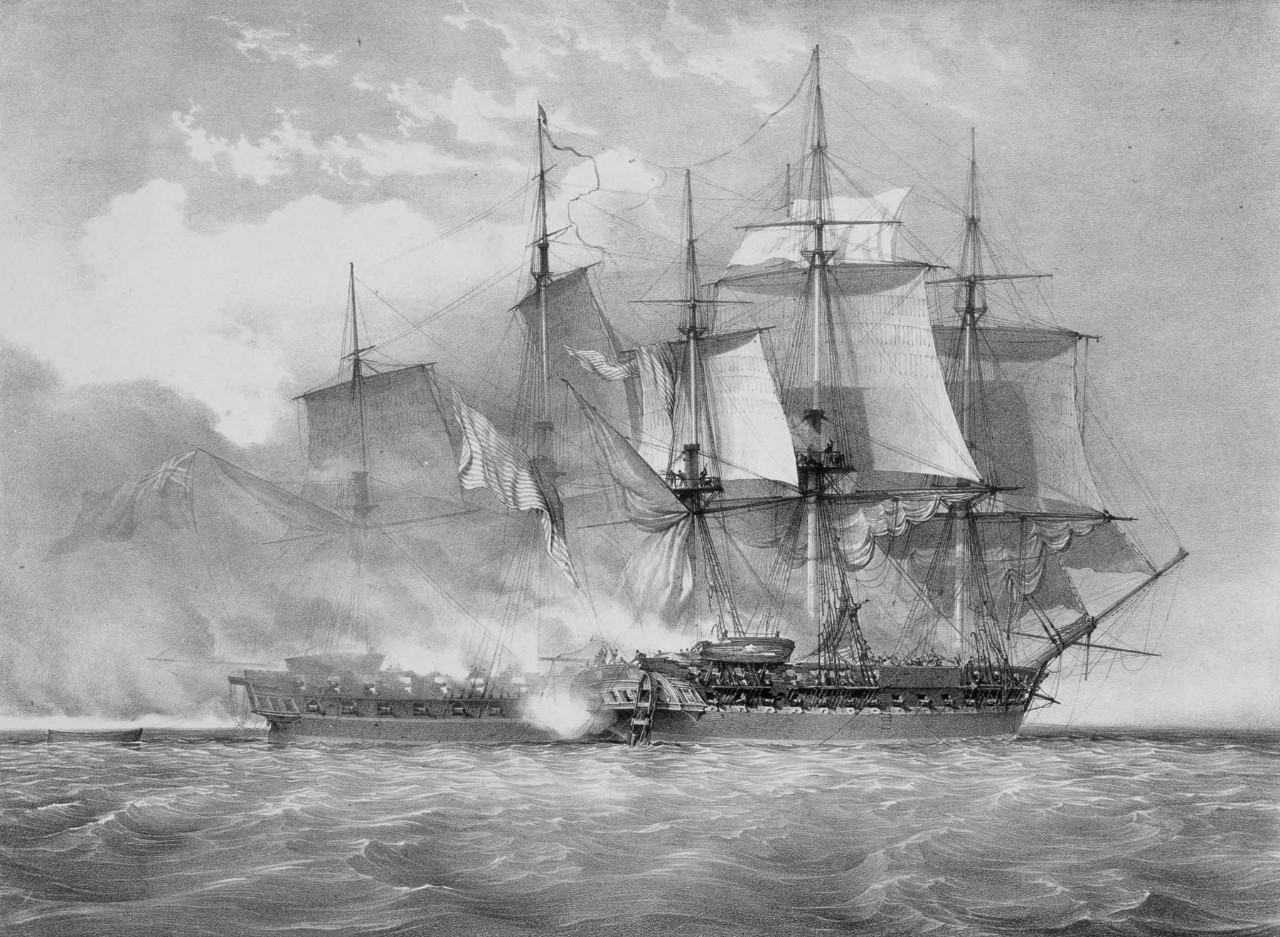 The British victory in this encounter provided that nation with a greatly needed boost in morale. Chesapeake with newly promoted Captain James Lawrence in command was ordered to sea to rendezvous with USS Hornet. On June 1, 1813, just out of Boston port, the ship encountered HMS Shannon, which had been laying in wait for it. The more experienced British gained victory within fifteen minutes and during the battle Lawrence was mortally wounded. As he was carried below deck, he uttered the famous words "Don't give up the ship." His words were in vain. The ship was taken as a prize and the British, desperate for a victory at this point in the war, made heroes of the Shannon captain and crew.