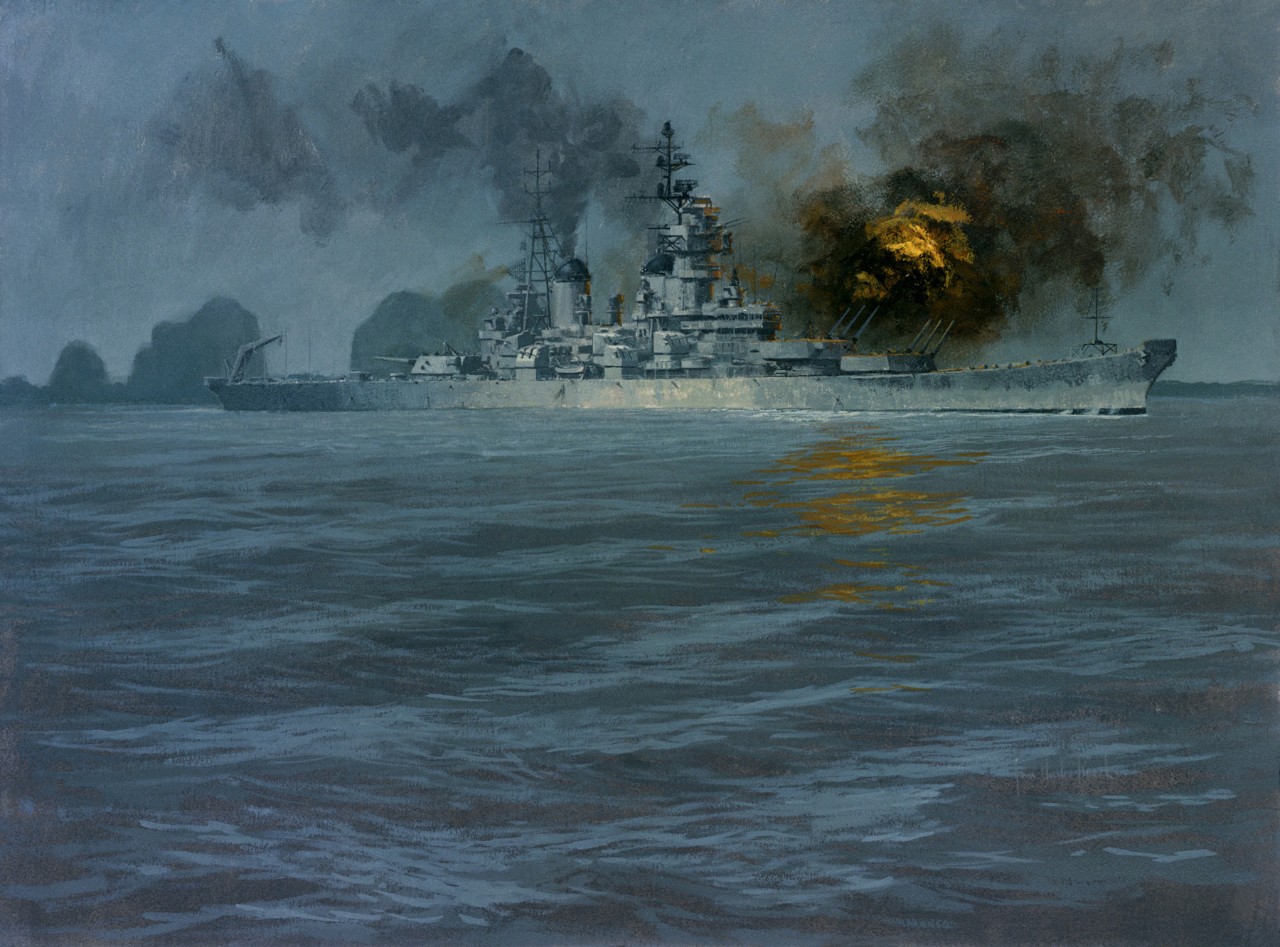 Launched in 1942, New Jersey (BB-62) saw service in WWII and Korea before being decommissioned in 1957. In 1968 it was reactivated and outfitted to serve as a heavy bombardment ship in Vietnam. At recommissioning, it was the only active battleship in the U.S. Navy. Between late September 1968 and early April 1969, it participated in Operation Sea Dragon, providing offshore gunfire support against inland and coastal targets. Soon thereafter, the Navy decided to reduce heavy bombardment forces in Southeast Asia. New Jersey was again decommissioned in December 1969.