Share
Connect
Conflicts and Operations
»
Scenes from our Navy, Combat Art of the Twenty-First Century
»
The Thinker
« Previous Next » 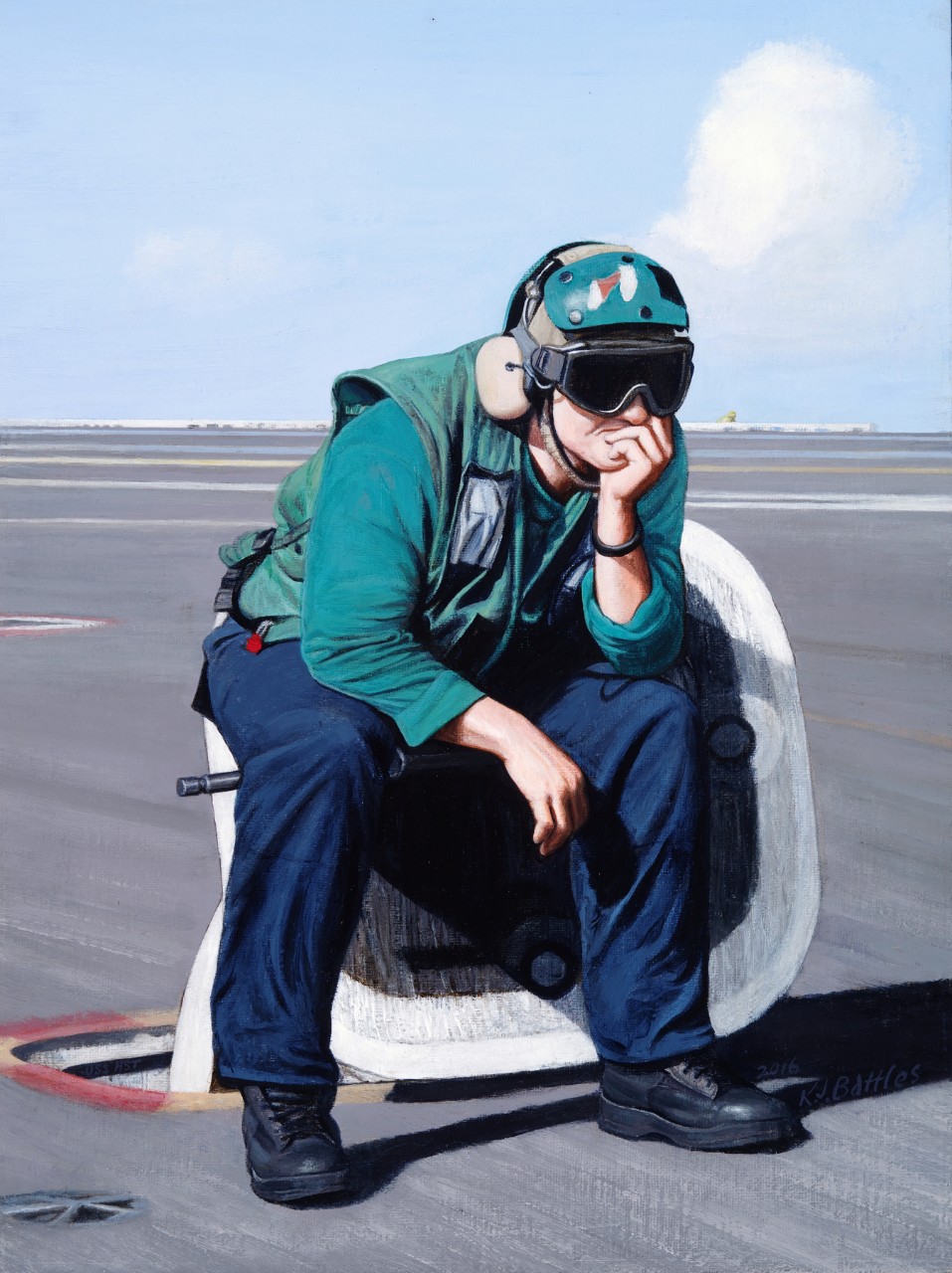 As viewed on deck of USS Harry S Truman (CVN-75), during flight operations as part of COMPUTEX training, September 2015.  The responsibility of a crewmember wearing a green jersey is for the operation and maintenance of the aircraft carrier’s catapult and arresting gear.

The sailor’s pose reminded me of Rodin’s “The Thinker” and he seems lost in thought (perhaps the subtitle is “Join the Navy, they said… see the world, they said!”)