Share
Connect
Conflicts and Operations
»
Scenes from our Navy, Combat Art of the Twenty-First Century
»
Purple Fox in the Night
« Previous Next »

Purple Fox in the Night 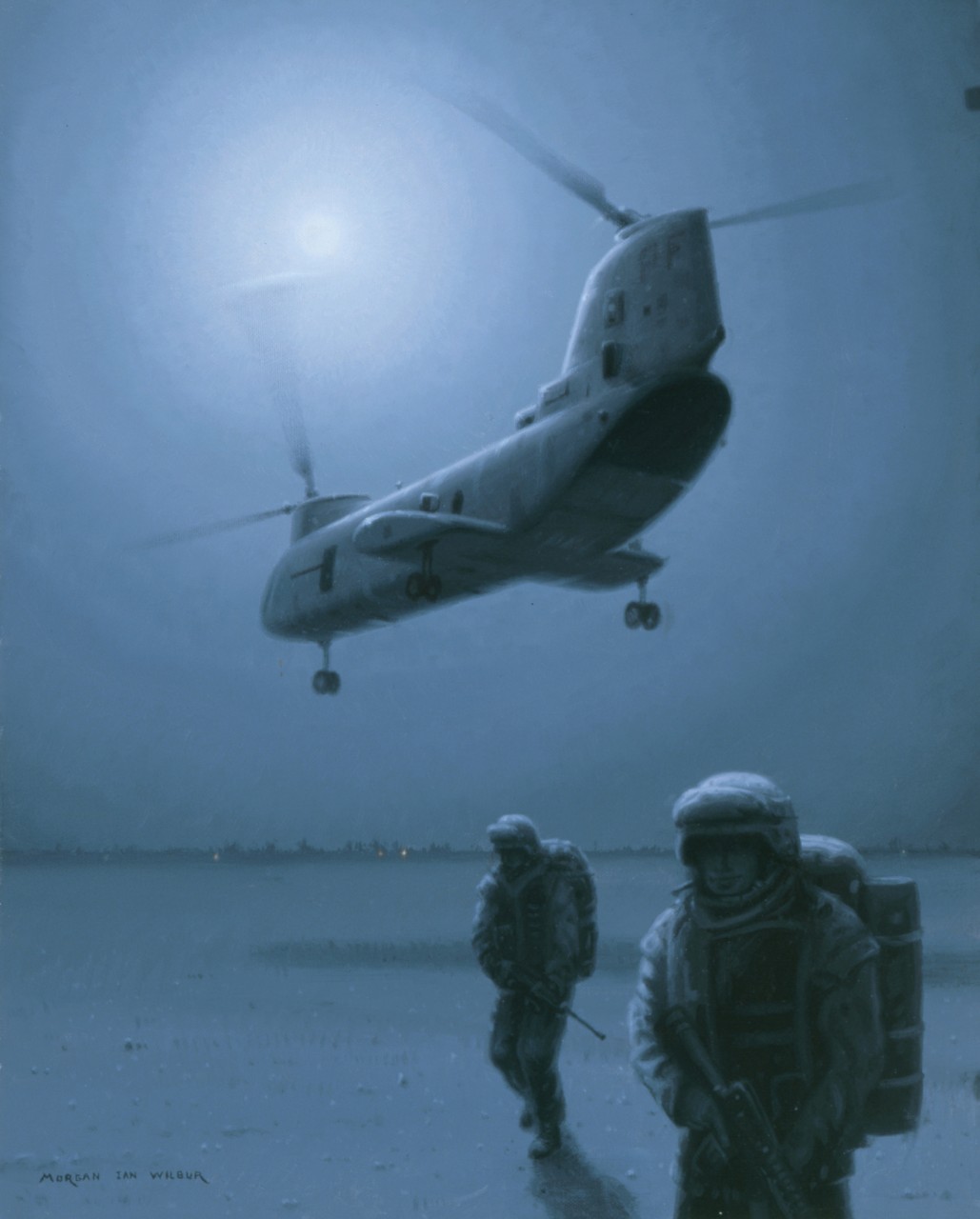 Helicopters have been used as part of military campaigns since the end of World War II.  The CH-46 “Sea Knight” helicopters first began serving both the Navy and the Marine Corps in Vietnam by transporting and removing troops within battle zones.  These flying warships did much the same during Operation IRAQI FREEDOM.  The helicopter was retired from active service in 2004 by the Navy and 2015 by the Marine Corps.

I caught a night ride on a CH-46 from Marine Medium Helicopter Squadron 364- known as the “Purple Foxes” - going from Al Taqaadam airfield to Camp Falluja, Iraq in 2005.