Share
Connect
Conflicts and Operations
»
Scenes from our Navy, Combat Art of the Twenty-First Century
»
ABHAN Demetrio Alvardo and ABHAN Abraham Puente During GQ
« Previous Next » 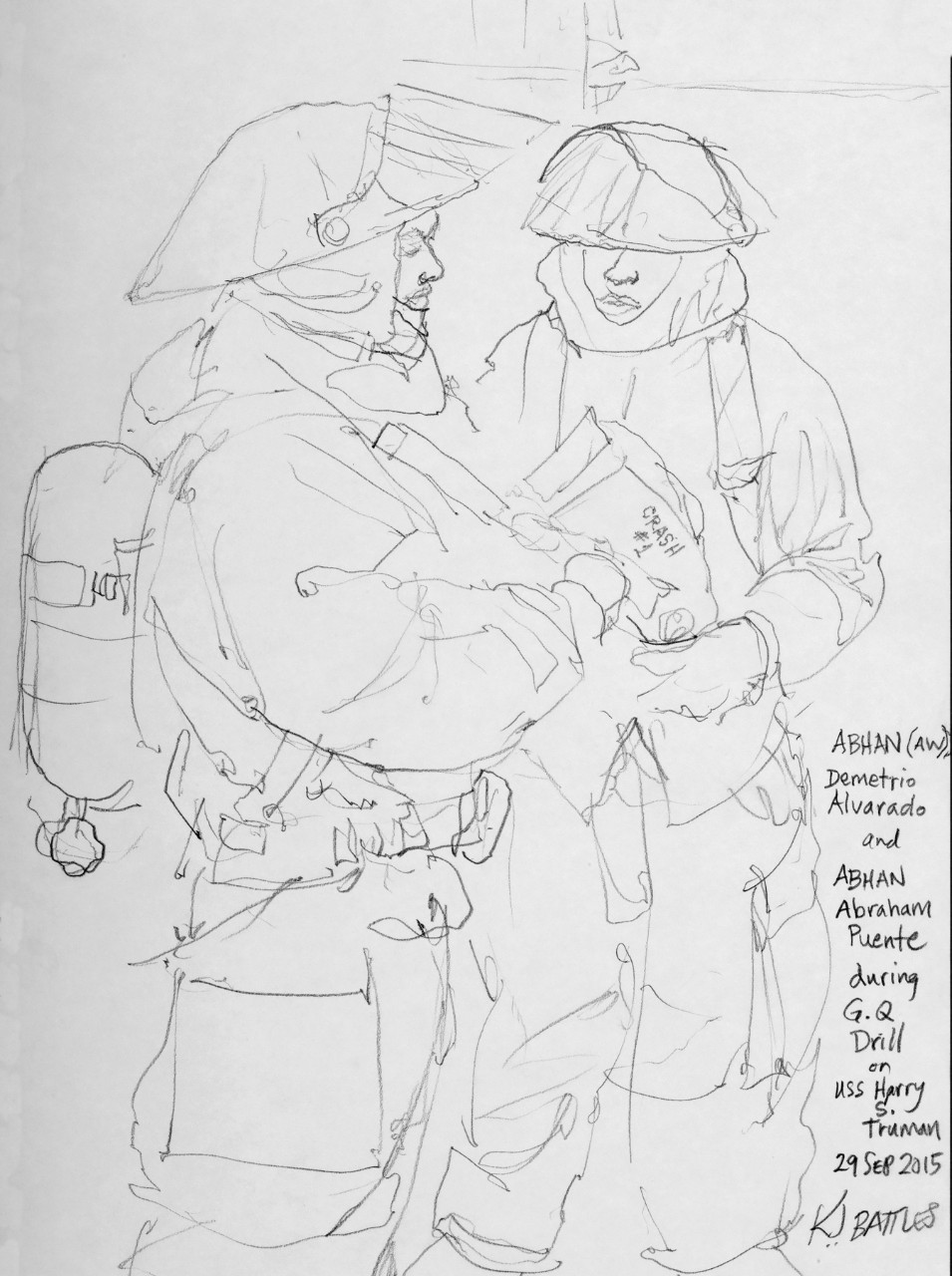 The crew of any ship must practice for an emergency of any kind.  These Aviation Boatswain's Mate Aircraft Handler Airmen stand on duty at their stations during a drill for general quarters.

I found the protective uniforms these men were wearing visually interesting, so I sketched them while they mustered in the hangar bay on USS Harry S Truman (CVN-75).