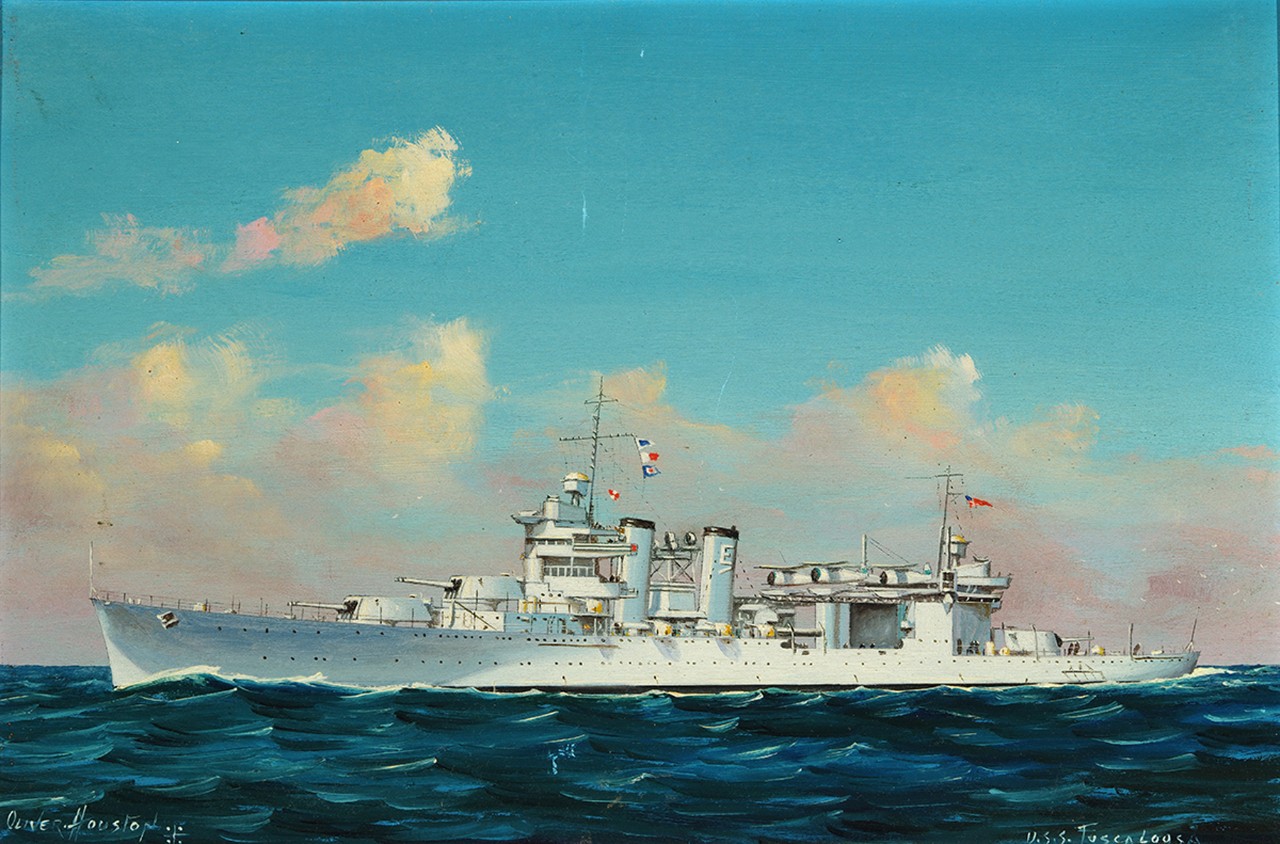 To try to keep the western hemisphere out of the European war, the President ordered the establishment of Neutrality Patrols.  Eventually these patrols sailed between Newfoundland to the coast of Brazil.  USS Tuscaloosa (CA-37) was assigned to Neutrality Patrol duty in the eastern Caribbean.  In December 1940, Tuscaloosa was trailing the German liner Columbus when both were met by HMS Hyperion (H97).  The liner’s captain scuttled his ship and Hyperion, unable to take 577 passengers as prisoners, asked Tuscaloosa for assistance.  They were ferried to Ellis Island, from which they were allowed to return to Germany.