In November 2020, CNO and Mrs. Gilday installed a new exhibit entitled “Celebrating Navy Women: Perseverance and Achievements” in the Tingey House.  The pioneers proudly served their country and this year the Naval History and Heritage Command will be sharing their stories. 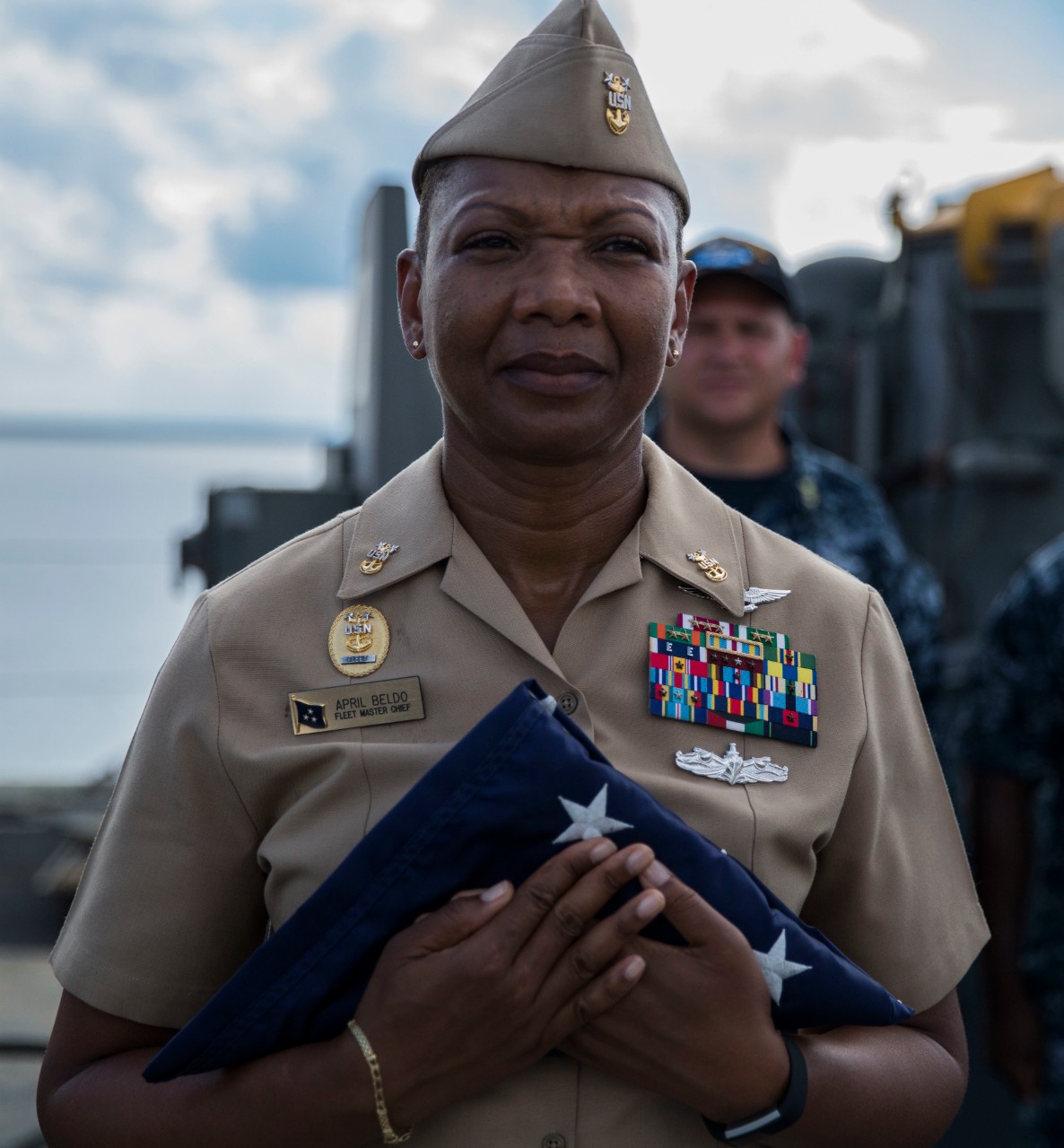 Caption: Fleet Master Chief April Beldo, Manpower, Personnel, Training, and Education (MPT&E), receives a flag from a Sailor aboard the Nimitz-class aircraft carrier USS Abraham Lincoln (CVN 72). The flag was flown in honor of her father. During her visit to the ship, Beldo spoke to Sailors about the Navy’s transgender policy, uniform updates and staying motivated during the ship’s refueling and complex overhaul period. Lincoln is undergoing a Refueling and Complex Overhaul (RCOH) at Newport News Shipbuilding, a division of Huntington Ingalls Industries. (U.S. Navy photo by Mass Communication Specialist 3rd Class Robert Ferrone/Released)

In July 2016, Beldo shared her oral history with Naval History and Heritage Command historian Dr. Regina Akers. Beldo grew up in Lancaster California. Her dad was a retired Master Sergeant in the Air Force and she wanted to follow in his footsteps. 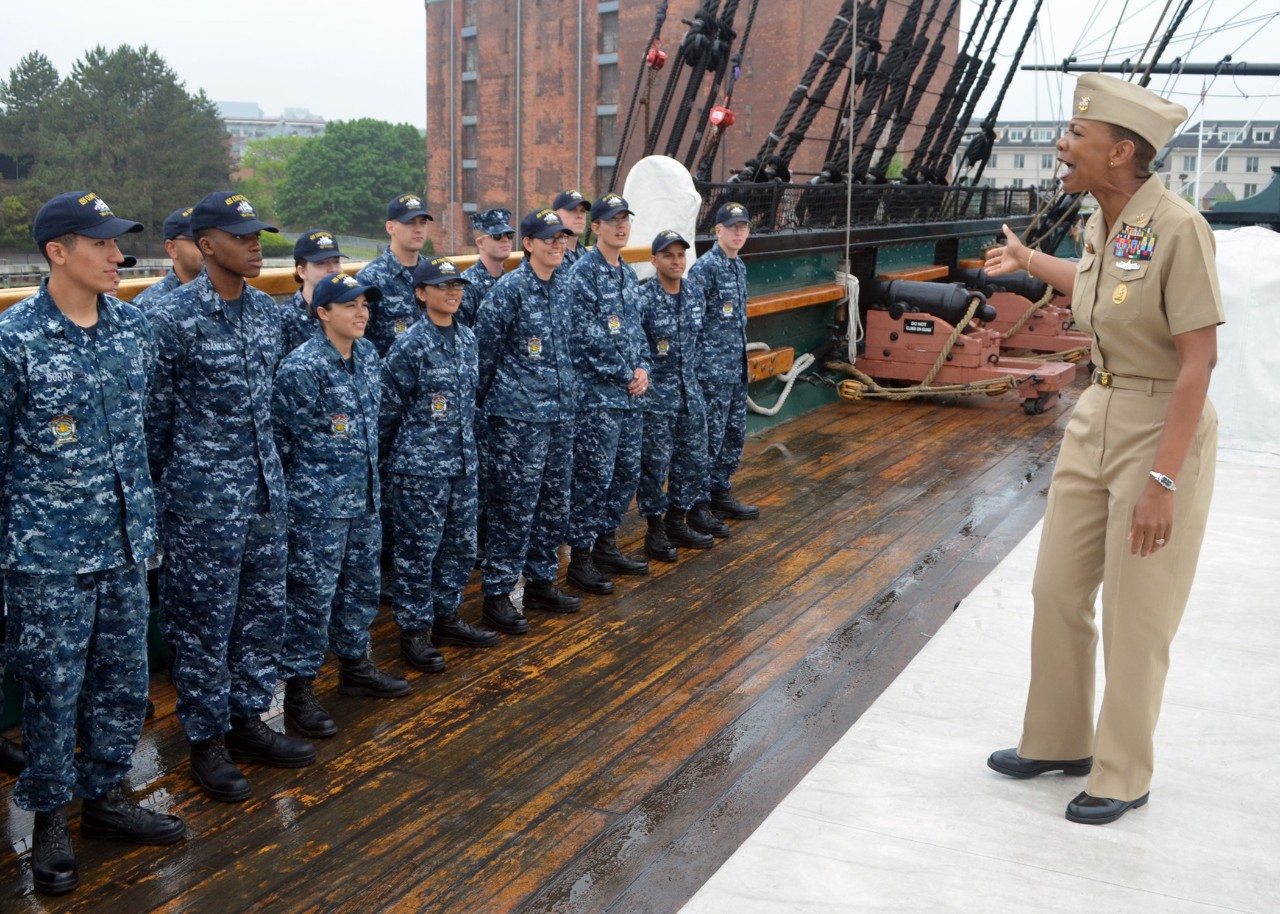 The Air Force didn’t have any more quotas for women in 1983 so Beldo enlisted in the Navy. Her plan was to join for four years. She served for thirty-four years.

In her oral history, Beldo stresses the importance of mentorship. “Don’t ever get so busy…that you don’t have enough time to take out of your schedule, to stop and have a conversation with a Sailor because somebody stopped for you.”

Beldo ensured she made time to talk with new Sailors at the Recruit Training Command, Great Lakes and Sailors on the USS Abraham Lincoln, the USS Kitty Hawk, the USS George Washington, the USS Bukleley, and the USS Carl Vinson – all of which she proudly served aboard. Beldo cleared her schedule to talk with all Sailors because really they are the backbone of the Fleet and why we have world’s greatest Navy 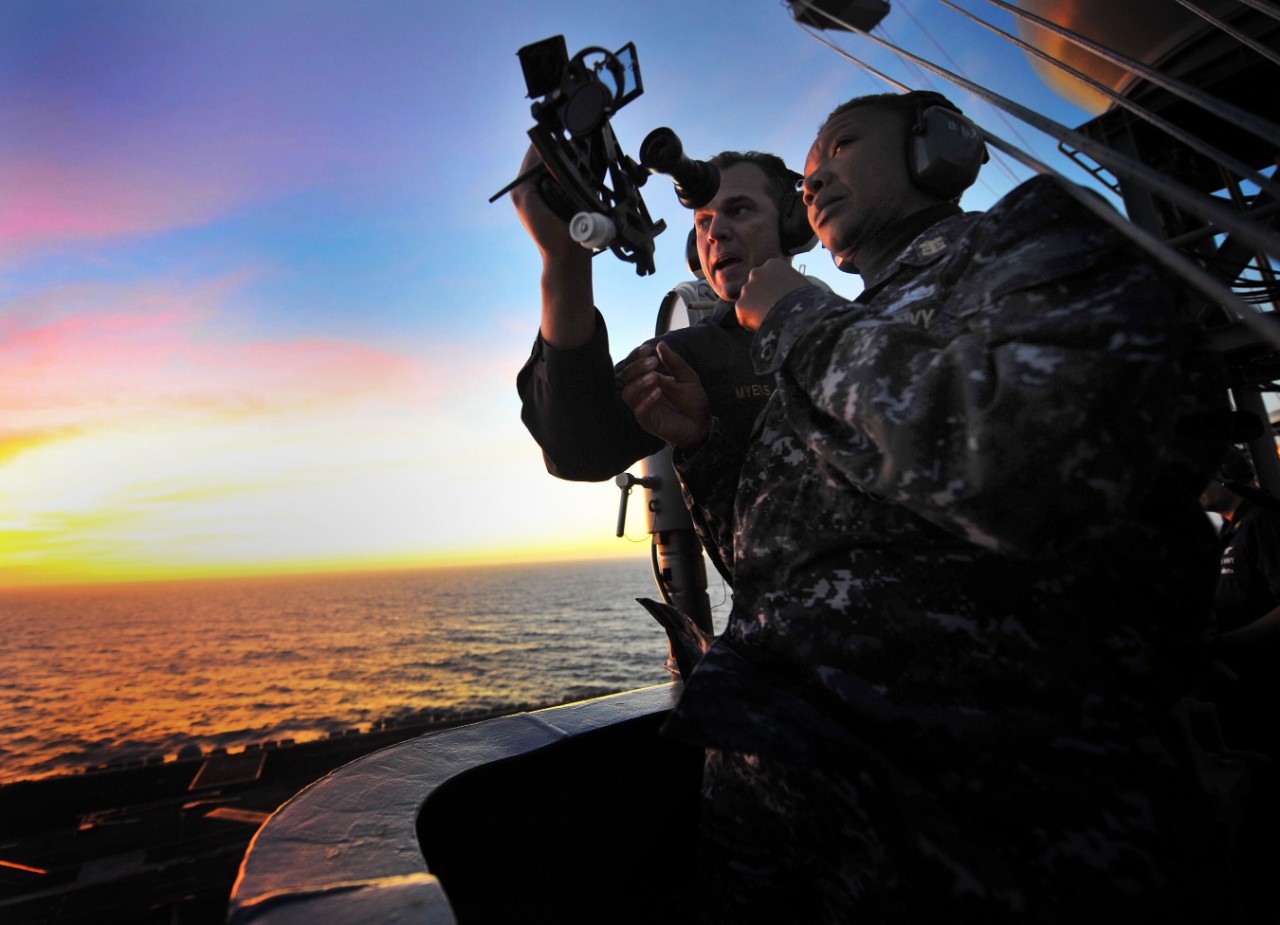 During her last tour as Fleet Master Chief of Manpower, Personnel, Training, and Education, Beldo designed her challenge coin around the principals of respect, integrity, credibility, and humility as a teaching tool for newly selected Chiefs and others she spoke with.

She would say, "Junior Sailors look up to Chief Petty Officers, so they have to have integrity and credibility. They can't say one thing and do another."  Like all Sailors, they must live by the core Navy values of honor, courage, and commitment.  Failure to do so and your Sailors will lose all respect for you. Beldo ensured that new Chief Petty Officers never forgot that with rank comes increased responsibility.

The last ingredient to being a successful leader is humility. Beldo reminded new Chief Petty Officers that humble leaders who listen, observe and do their homework, understanding it is never about themselves, but about those they lead are more successful. 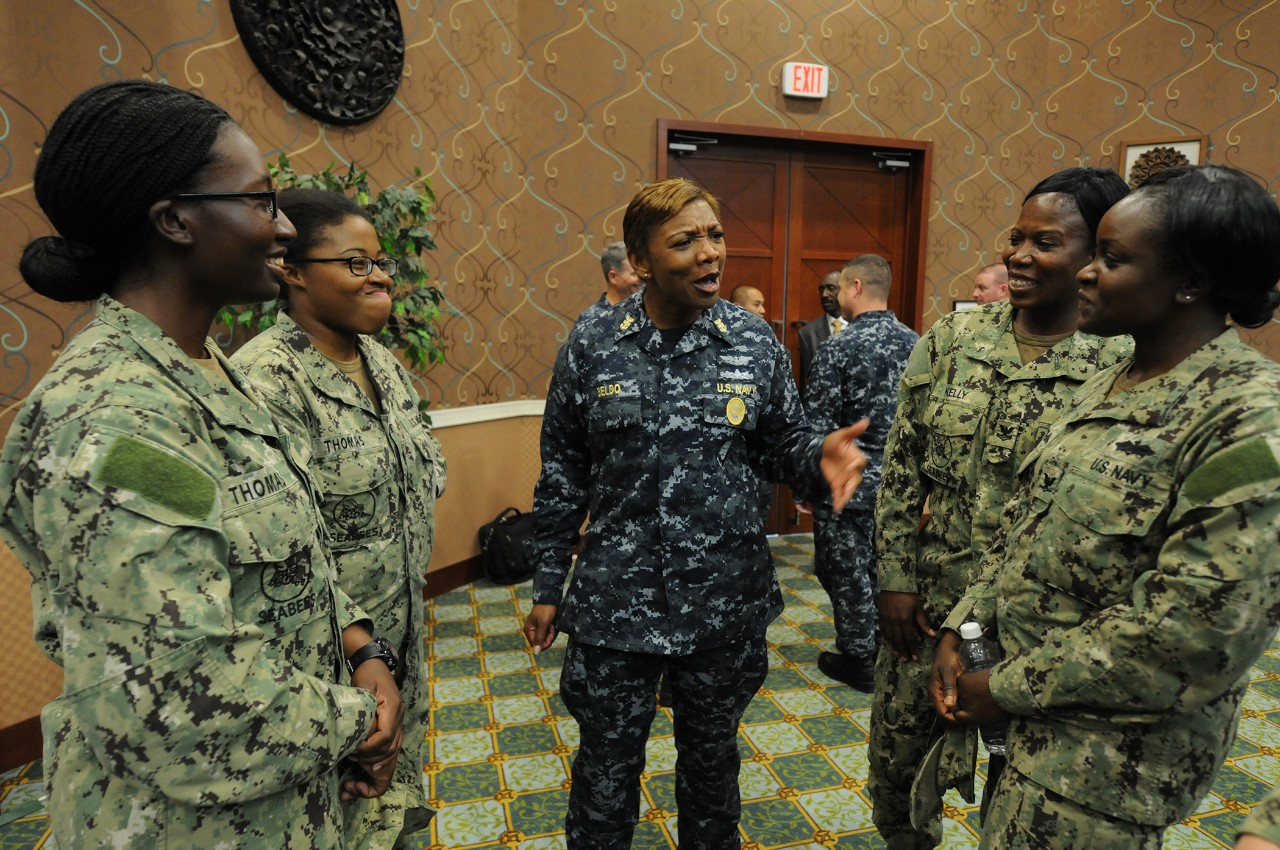 Every morning, Beldo does a mirror check and asks herself, do I have integrity, credibility, and humility. Check, check, check. It’s a simple but important reminder of the skill sets needed to be successful leader.

Thank you Fleet Master Chief Beldo for being a Navy trailblazer and opening doors for the women who followed you.