A nearly century-long wait for the U.S. Navy to have a ship named for the “Green Mountain State” is over, as the sea service commissioned USS Vermont (SSN 792) via administrative message April 18, 2020. 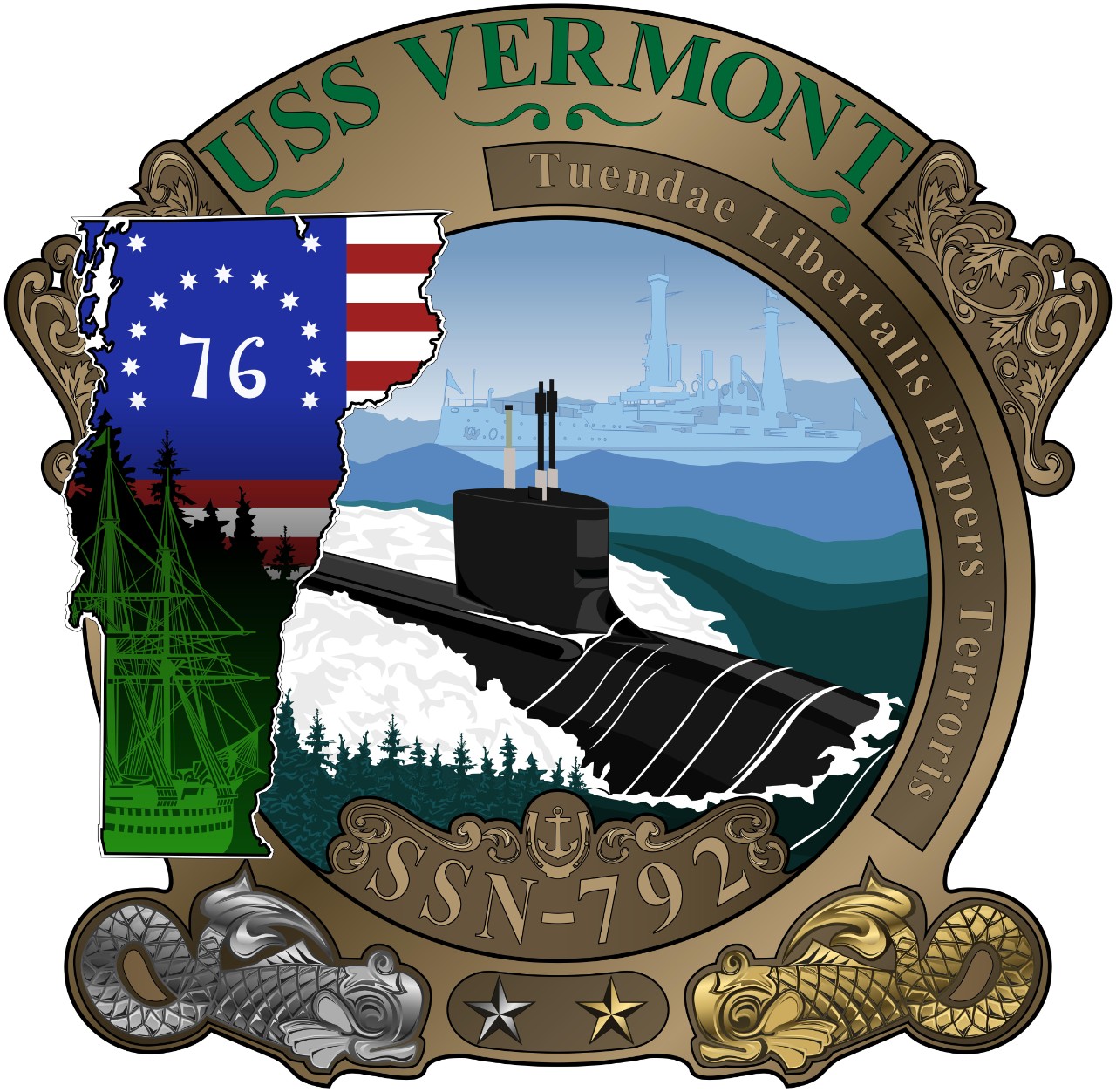 Caption: WASHINGTON (April 18, 2020) The official crest of the Virginia-class attack submarine USS Vermont (SSN 792). Vermont is the third U.S. Navy vessel to bear the name of the Green Mountain State and the first of the 10 Virginia-class Block IV submarines. (U.S. Navy graphic/Released)

A nearly century-long wait for the U.S. Navy to have a ship named for the “Green Mountain State” is over, as the sea service commissioned USS Vermont (SSN 792) via administrative message April 18, 2020.

The ship commissioning ceremony is one of the most significant milestones in the life of a U.S. Navy ship. Although the traditional public commissioning ceremony was cancelled due to public health safety and restrictions of large public gatherings, the Navy is looking at a future opportunity to commemorate the special event with the ship’s sponsor, crew, and commissioning committee.

Prior to Saturday’s commissioning, the last ship to be named USS Vermont (BB 20) was a battleship, part of President Theodore Roosevelt’s Great White Fleet before being decommissioned June 30, 1920. USS Vermont (SSN 792) is the third U.S. Navy ship to bear the name of the “Green Mountain State.” The first Vermont was one of nine 74-gun warships authorized by Congress in 1816. 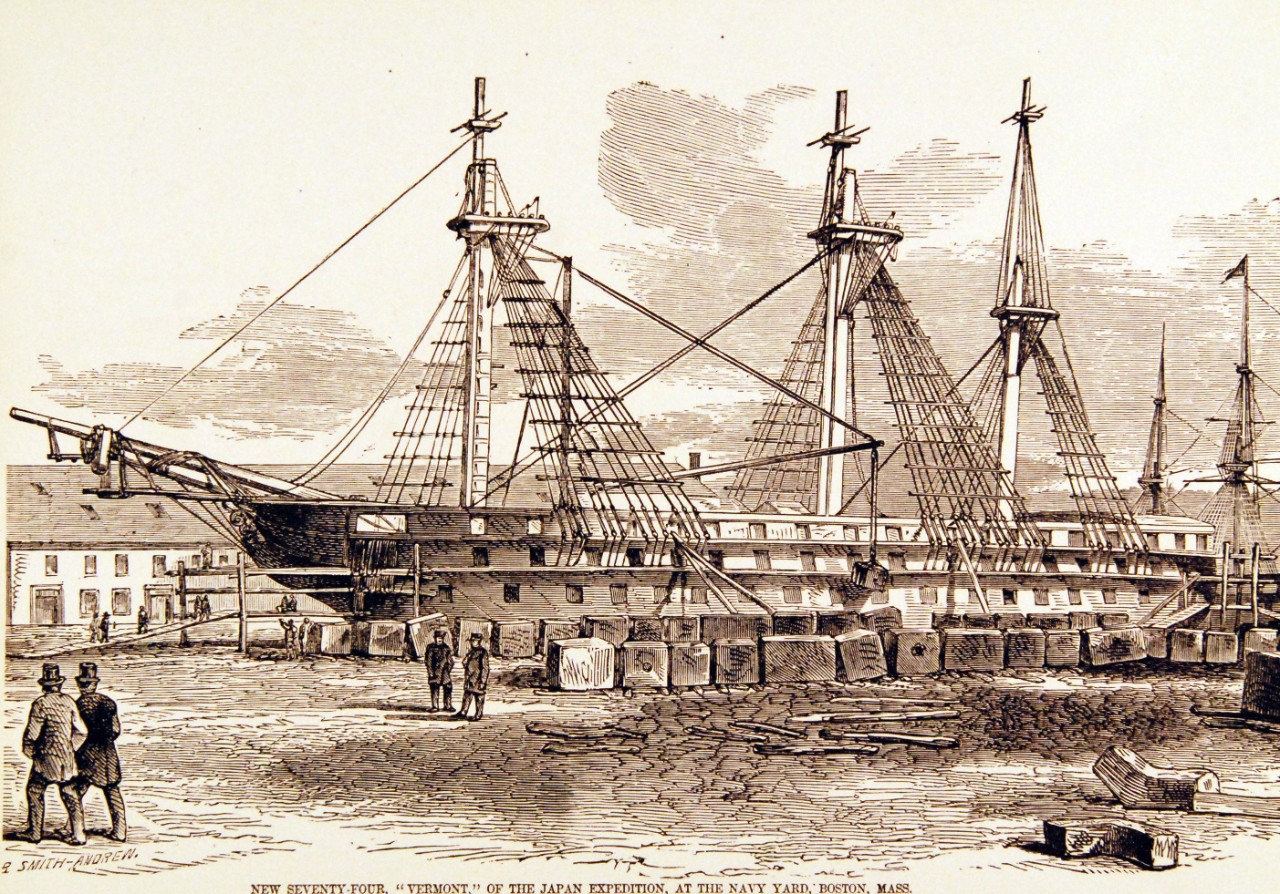 Vermont is the 19th Virginia-class submarine to enter service and the first Block IV. She is a flexible, multi-mission platform designed to carry out the seven core competencies of the submarine force: anti-submarine warfare; anti-surface warfare; delivery of special operations forces; strike warfare; irregular warfare; intelligence, surveillance and reconnaissance; and mine warfare.

Vice Adm. Daryl Caudle, commander, Submarine Forces, said, “This warship carries on a proud Vermont legacy in naval warfare and unyielding determination stretching back to the birth of our nation.”

At least 20 other Navy ships have been named for Vermont’s cities, places, and people throughout the Navy’s history. One notable ship is USS Montpelier (SSN 765), a Los Angeles-class submarine named for the capital city. Commissioned in 1993, Montpelier was the first submarine to launch Tomahawk cruise missiles in Operation Iraqi Freedom in 2002, on its way to firing 20 total under the command of Commander William J. Frake.

More recently, USS Dewey (DDG 105), named after Vermont’s most famous Sailor, George Dewey, became the first guided missile destroyer armed with the Optical Dazzling Indicator, Navy (ODIN) laser system, which thwarts enemy drones threatening the ship. Due primarily to his actions in the Battle of Manila Bay during the Spanish-American War, Dewey is the only person to rise to the rank of Admiral of the Navy.

Addison County, Chittenden County, and Bennington are just some of the other Vermont locations to have ships named for them, with USS Bennington serving as an aircraft carrier in World War II, during the Vietnam War, and as the recovery ship for the Apollo 4 space mission.