Dr. Dean Allard, a notable and respected naval historian for more than 50 years, passed away September 27, 2018.

Dr. Dean Allard, a notable and respected naval historian for more than 50 years, passed away September 27, 2018. He began his venture in naval history upon graduation from Dartmouth College in 1955 when Allard served three years in the United State Navy. Upon completion of his active duty service, Allard held various positions throughout the Naval Historical Center (predecessor organization to today’s Naval History and Heritage Command). Starting in 1958 as the head of Navy’s Operational Archives, he culminated his career as the director of Naval History in 1995. During his tenure, Allard was instrumental in expanding and modernizing the Naval Historical Center. He introduced computerized, on-line systems and directed a new Contemporary History Branch, adding narrative history to the institutional record.

“As director, Allard embodied our current mission to preserve and present an accurate history of the U.S. Navy,” said Sam Cox, current Naval History and Heritage Command director. “In his capacity, Dr. Allard led the effort to ensure the Navy’s hard-won experiences and lessons learned were preserved for future generations. His lifelong dedication to our field will be remembered by naval historians always.” 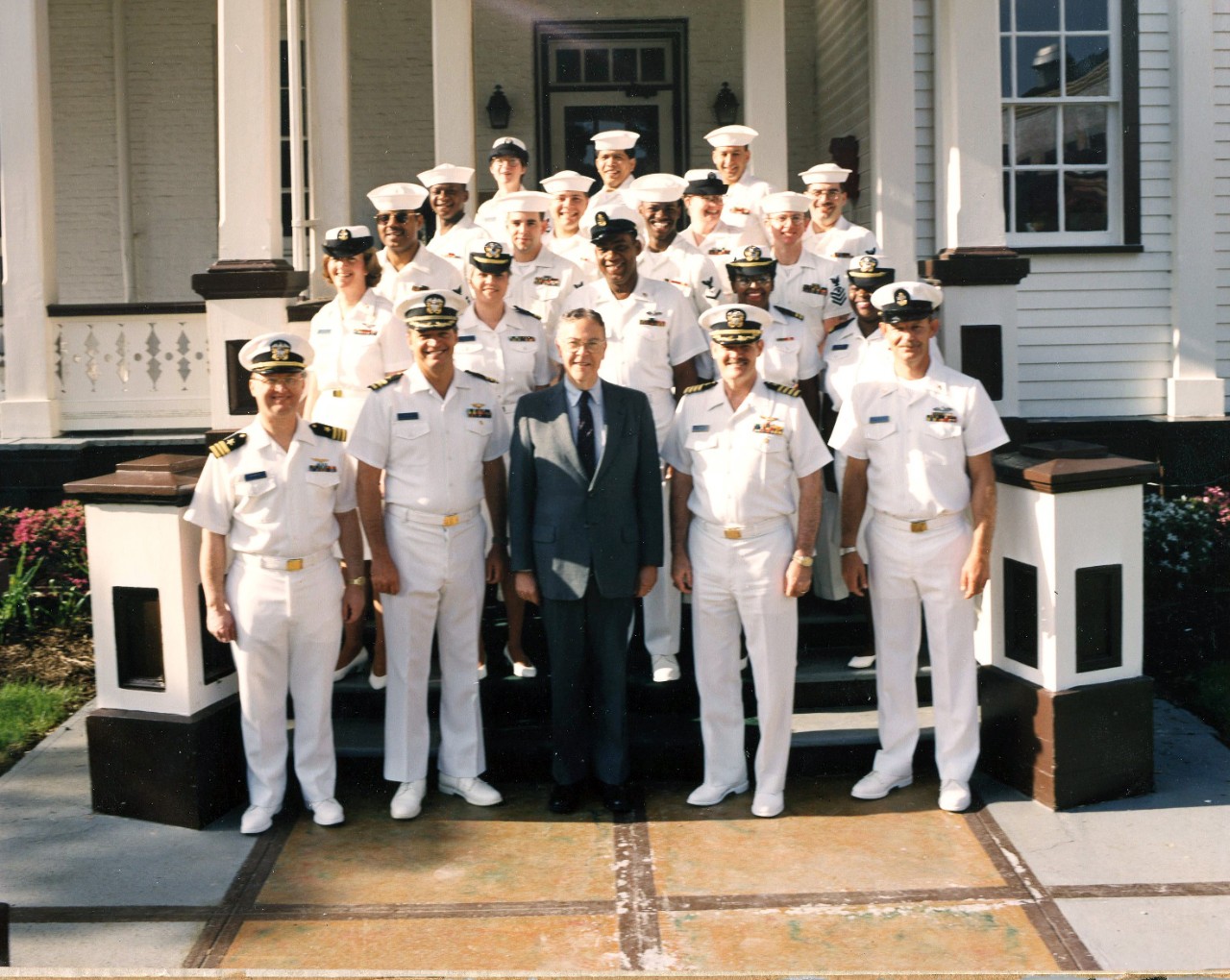 Caption: Dr. Dean Allard pictured (center) on the Washington Navy Yard in an undated photo. Dr. Allard was the director of the Naval Historical Center from 1989-1995.

Upon retirement, Dr. Allard remained an active historian in the Washington D.C. area serving as vice president of International Commission for Military History, a member of the executive council for International Commissions for Maritime History, among a multitude of other prestigious positions. Most recently, in 2015, Allard was awarded the Commodore Dudley W. Knox Naval History Lifetime Achievement Award. Presented by the Naval Historical Foundation, the award recognizes an individual for a lifetime body of work in the field of U.S. naval history.