The United States Navy Memorial hosted a ceremony Nov. 1 to honor the service and sacrifice of the crew of a U.S. Navy destroyer lost at the World War II Battle of Leyte Gulf. 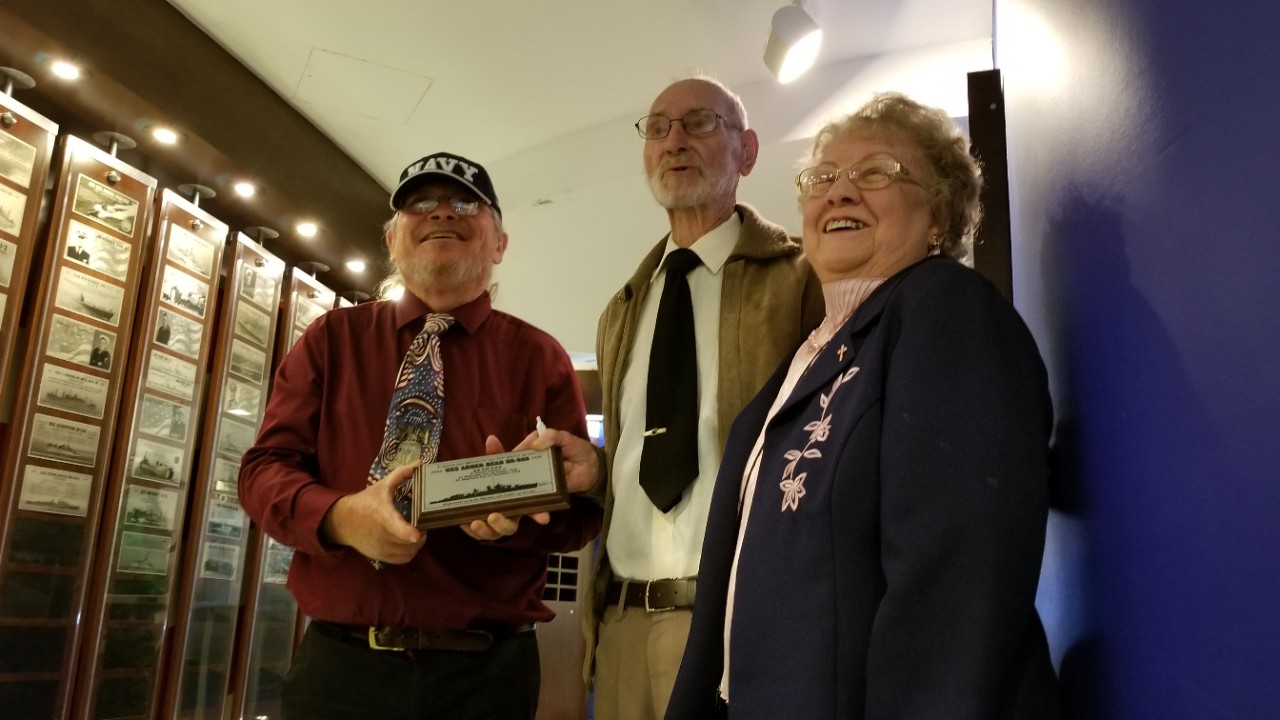 Title: 181101-N-CP159-206
Description: WASHINGTON, D.C. (November 1, 2018) Michael Davis (left), son of Max Davis who survived the Nov. 1, 1944 attack onboard USS Abner Read (DD 526), poses for a photo with a commemorative copy of the plaque that now hangs in honor of the ship and its crew at the U.S. Navy Memorial. He is joined by Anthony "Tony" Perry, who also survived the ship's loss, and Irene Coffeen, whose husband Jack was also a surviving member of Abner Read's crew.  (U.S. Navy photo

The ceremony featured remarks from family members of Sailors who served on the ship as well as the director of the Naval History and Heritage Command.

The organizer of the commemoration, shared his memories of his father who was assigned to USS Abner Read.

Navy veteran Michael Davis, of Gretna, Neb. is an active member of the USS Abner Read Survivor Organization. When his dad, Max, passed away, he used funds from a life insurance policy to purchase a plaque in honor of his father, his father’s shipmates, and the ship.

“This plaque not only represents my father, but the ultimate sacrifice that each shipmate made,” said Davis. “They will never be forgotten.”

The plaque was added to the remembrance wall at the Navy Memorial. 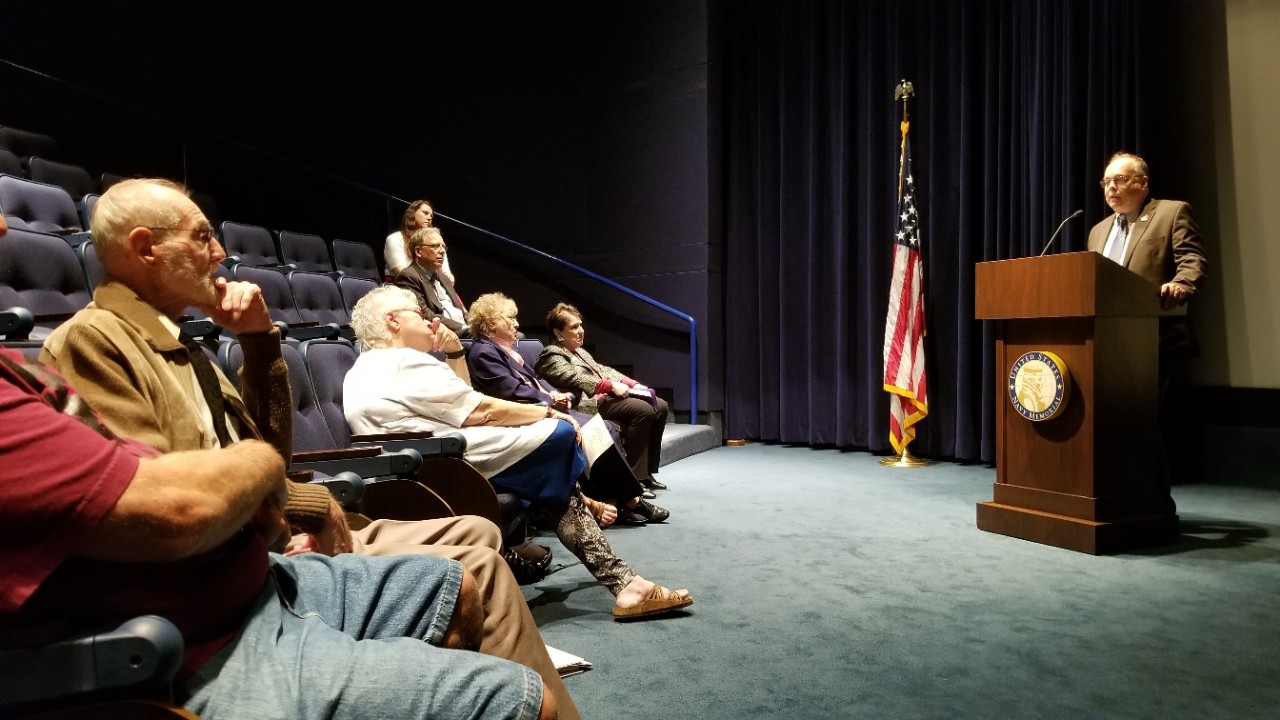 Title: 181101-N-CP159-124
Description: WASHINGTON, D.C. (November 1, 2018) Director of the U.S. Naval History and Heritage Command, Rear Adm. Sam Cox, U.S. Navy, Retired, speaks about the remarkable war record of Abner Read and the amazing service of her crew that saved her when her stern was blown off by a mine near Alaska, and those who prevented much greater loss of life when the ship eventually fell victim to a kamikaze. (U.S. Navy photo)

Mary Elizabeth Downing of Hays, Kan., escorted her grandmother, Irene Coffeen, of Russell Kan., to the ceremony. Downing spoke eloquently about the service of her grandfather Gilbert "Jack" Coffeen, a member of Abner Read’s crew.  She said the loss of Abner Read stayed with him the rest of his life.

Although the ship was lost in 1944, Leyte Gulf was not Abner Read’s first deadly encounter with the enemy.

On Aug. 18, 1943, while patrolling off Kiska Island, Alaska, the ship is believed to have struck a mine. The blast severed the ship’s stern section and ultimately cost the lives of 71 Sailors and wounded another 47.

“This was catastrophic damage that by all rights should have sunk the entire ship,” said Naval History and Heritage Command Director Rear Adm. Sam Cox (U.S. Navy, Retired). “Despite the surprise, shock and loss of so many of their shipmates, the surviving crewmen of Abner Read displayed extraordinary valor and determination in saving their ship. The crew's absolute refusal to give up their ship no matter what provides an inspiration to those Sailors who serve our nation today."

Within months, the destroyer was back in the war. The ship went on to fight in several battles in the Pacific Theater before being lost at Leyte Gulf.

After the remarks, the names of Abner Read’s fallen from both Kiska and Leyte were read aloud with a tolling of a bell in their honor.

There are only two known living Abner Read survivors: Daryl Weathers of Seal Beach, Calif. and Anthony ‘Tony’ Perry of Parksburg, Pa.  Perry was assigned to USS Abner Read in October 1943 as an aviation electrician. He attended the commemoration and spoke about his experiences on the date of the attack. 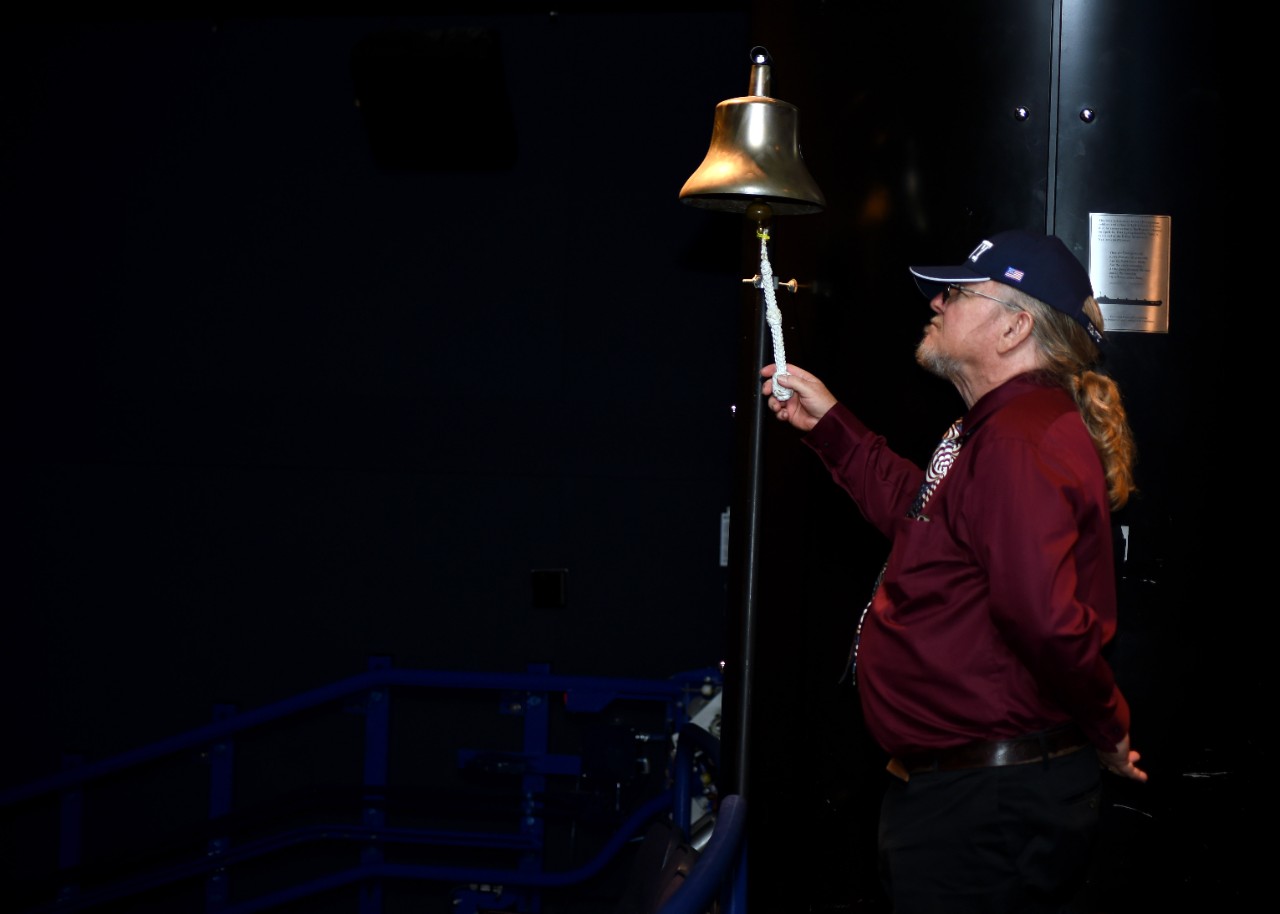 Title: 181101-N-LV695-0012
Description: WASHINGTON, D.C. (November 1, 2018) Michael Davis, son of Max Davis who survived the Nov. 1, 1944 kamikaze attack on USS Abner Read (DD 526), rings a bell at the Navy Memorial, Nov. 1 after the names of the Sailors who lost their lives aboard the ship are read aloud during a commemoration ceremony in honor of the 74th anniversary of the ship's sinking. (U.S. Navy photo by Mass Communication Specialist 2nd Class Destiny Cheek)

“First of day November 1944, I was on patrol and we got called to general quarters,” said Perry. “The Japanese planes were all over the place and one smashed into the ship and I heard someone say we’ve been hit, we’ve been hit.”

“There was a lot of smoke and debris, and fellas were walking around injured, dazed and burnt,” he continued. “It was only maybe five minutes and they gave us the order to abandon ship and whoever was able and not injured, over the side we went.”

Perry spoke about how grateful and speechless he was to be at the commemoration. He never imagined the day a plaque would be dedicated to him and his shipmates in Washington D.C.

This past August, Abner Read was in the news when the stern section of the ship was discovered off the coast of Kiska Island. The wreckage was discovered during a NOAA Office of Ocean Exploration and Research-sponsored project to survey underwater sites related to the World War II Aleutian Islands. 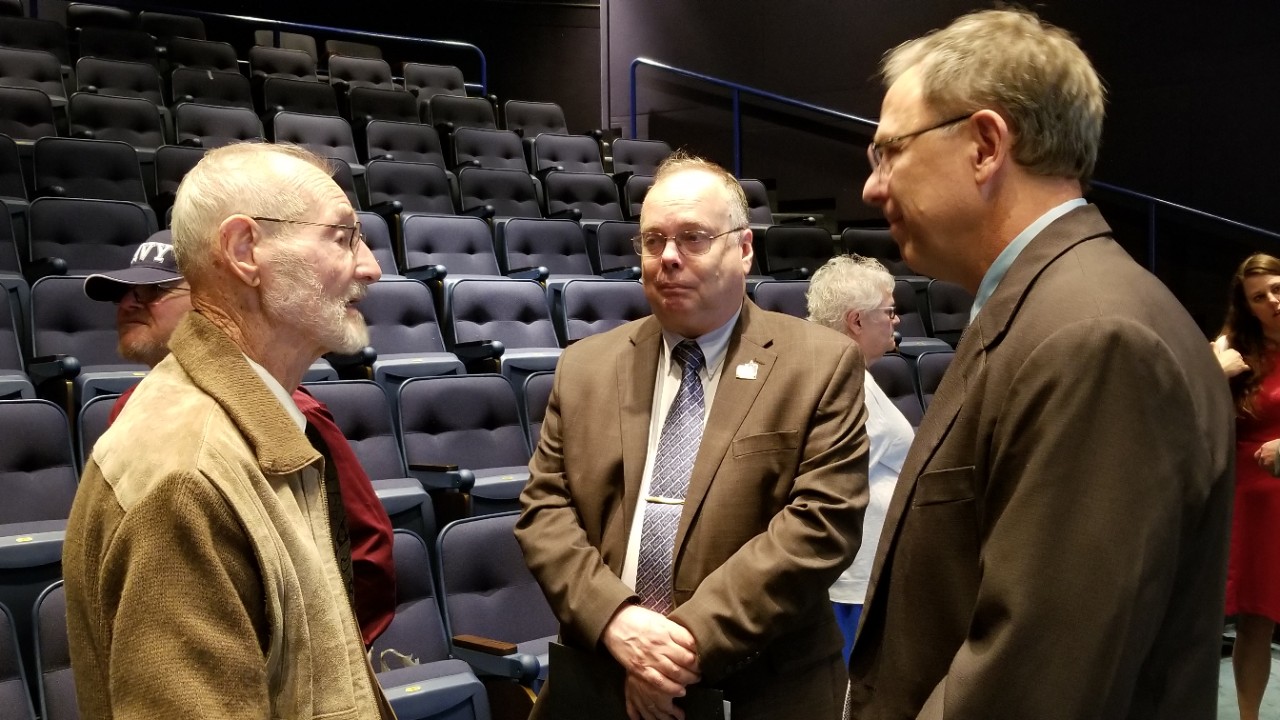