NEW ORLEANS – The Naval History and Heritage Command’s Underwater Archaeology branch will present their full body of work at the Society for Historical Archaeology's (SHA) annual conference on Jan. 6. 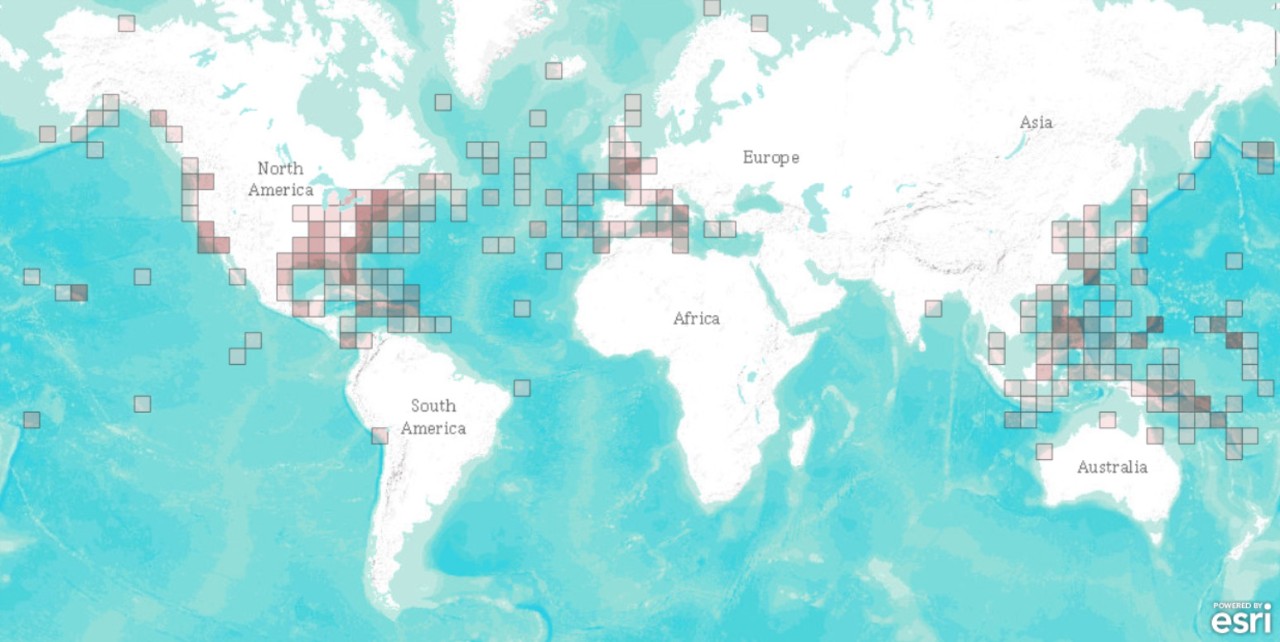 SHA “is the largest scholarly group concerned with the archaeology of the modern world (A.D. 1400-present)” and presenting the Navy’s contributions to the field of archaeology is an “honor and an opportunity” said  Dr. Robert Neyland, Naval History and Heritage Command (NHHC) Underwater Archaeology branch head.

“It’s an honor to be on the agenda, to have the opportunity to present the Navy’s work to our peers in the field. It’s an opportunity because we’re doing important work here at NHHC. This conference will provide a venue for each of our staff to explain the impact of that work.” said Neyland.

During the two hour presentation, staff members will present on the full breadth of the work their team does - from wreck site surveys, to the preservation and conservation of important historic Navy artifacts, to how the Navy manages and monitors more than 2,500 shipwrecks and 14,000 aircraft wrecks distributed across the globe.

“The work we do is diverse and takes several different and unique skill sets. In the case of a recent survey of the wreck of World War I cruiser USS San Diego, one member of our team is immersed in data examination, while others ensure artifacts from the ship endure, while still others ensure those artifacts and the history they represent are shared with the public,” said Neyland. “Different skills and different work, but the mission is connected – to preserve and protect Navy’s history and heritage.”

The session focuses on recent Naval History and Heritage Command (NHHC) missions on U.S. Navy ship and aircraft wrecks. Archaeological survey and recoveries include projects dating from the Revolutionary War, early 19th century, American Civil War, and World Wars I and II. The archaeological research on these varied sites encompasses the history of the United States from its inception during the Revolution through World War II. These wreck sites thus represent important historical events and people. 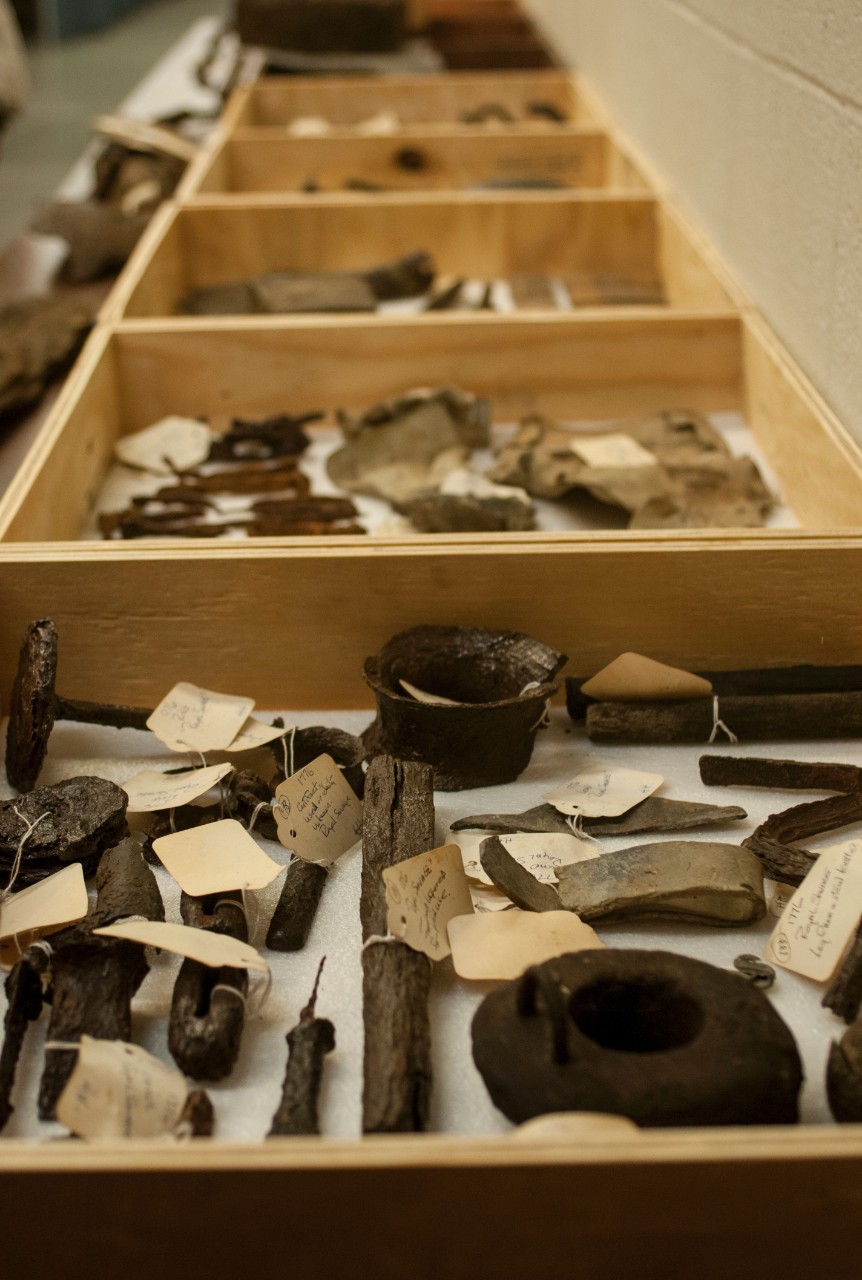 Title: 150629-N-TH437-023
Description: 150629-N-TH437-023 HARRISBURG, Pa. (Jun. 29, 2015) - Artifacts recovered from Revolutionary War-era schooner Royal Savage sit in a box, June 29. Previously held by the National Civil War Museum in Harrisburg, Pa., the city of Harrisburg will formally donate the artifacts to the Naval History and Heritage Command on July 1. Royal Savage, a two-masted schooner, served in the American Lake Champlain Squadron under Benedict Arnold during the American Revolution before running aground and being burned by the British in October 1776. (U.S. Navy photo by Mass Communication Specialist 2nd Class Eric Lockwood/Released)

The papers the team will present at the conference incorporate emerging new methodologies of documenting underwater sites and interpreting the data. Certain papers also look at the threats created by an evolving industrial world that requires ordnance clearance, dredging operations for increased deep draft ship traffic and in the developing world the illegal salvage of entire wrecks for their scrap iron. While the conference is not open to the public, the public can learn more about the topics of the presentation by following the links within the session overview below. Specific topics include:

In 2015, the Naval History and Heritage Command Underwater Archaeology (UA) Branch received the remains of Royal Savage, a Revolutionary War vessel which sank in Lake Champlain in 1776 following service in the Battle of Valcour Island. These remains include more than 50 timbers and 1,300 associated artifacts, many in fragile condition following more than eight decades in uncontrolled environments with minimal preservation efforts. UA archaeologists and conservators are in the midst of a multi-phase project employing a combination of traditional methods and modern technology to document, research and preserve this important piece of U.S. Navy history. Learn more about Royal Savage here.

In January 1811, U.S. Navy schooner Revenge, under the command of then-Lt. Oliver Hazzard Perry, encountered thick fog and heavy swells off of Rhode Island and struck a reef. In an unsuccessful attempt to free the sinking ship, Perry jettisoned the masts, anchor, and eight of the vessel’s 14 guns. Two centuries later the wreck was believed to be rediscovered by local divers and since 2012 Naval History and Heritage Command’s Underwater Archaeology (UA) branch has conducted sonar and magnetometer surveys to refine the extent of the wreck and attempt to confirm its identity. In May 2017, UA partnered with U.S. naval commands in R.I. and the site discoverers to map the wreck and recover a 6-pounder gun for conservation, analysis, and exhibit. This presentation provides an overview of Navy’s ongoing research, collaboration with local divers, and considerations on what the cannon, once conserved, might reveal about the site. Learn more about Revenge here.

In the fall of 2017, the Naval History and Heritage Command, the University of Delaware, Naval Surface Warfare Center Carderock and partners conducted a cursory site assessment of the wreck of USS San Diego. Armored cruiser San Diego, launched in 1899, was the only major warship lost by the U.S. Navy during the Great War. Sunk by German U-boat in July 1918, the war grave came to rest just a few miles south of Long Island, where her story has continued to fascinate the public. With the upcoming centennial commemoration of her loss, the recent project aimed to use remote sensing tools to acoustically and visually document the site, and in doing so definitively answer the persistent questions about the cause of her loss. Learn more about USS San Diego here.

As part of NAS Pax River’s heritage management responsibilities, Naval History and Heritage Command's Underwater Archaeology (UA) branch and partner entities have been conducting remote sensing surveys in the Chesapeake Bay and surrounding waters since 2015 in order to find its missing aircraft from the early 1940s and 1950s. Several were lost at the advent of WWII as part of experimental testing, which lead to advancements in aircraft capabilities and flight safety. This paper will explore the contributions of NAS Pax River as an experimental aircraft training base and the need to find and manage the aircraft lost in its surrounding waters. The methodologies used in the effort to locate these historical naval assets as well as inherent challenges will be discussed. UA is responsible for the management, research, preservation, and interpretation of the US Navy's sunken military craft. Learn more about the NAS PAX River survey here. 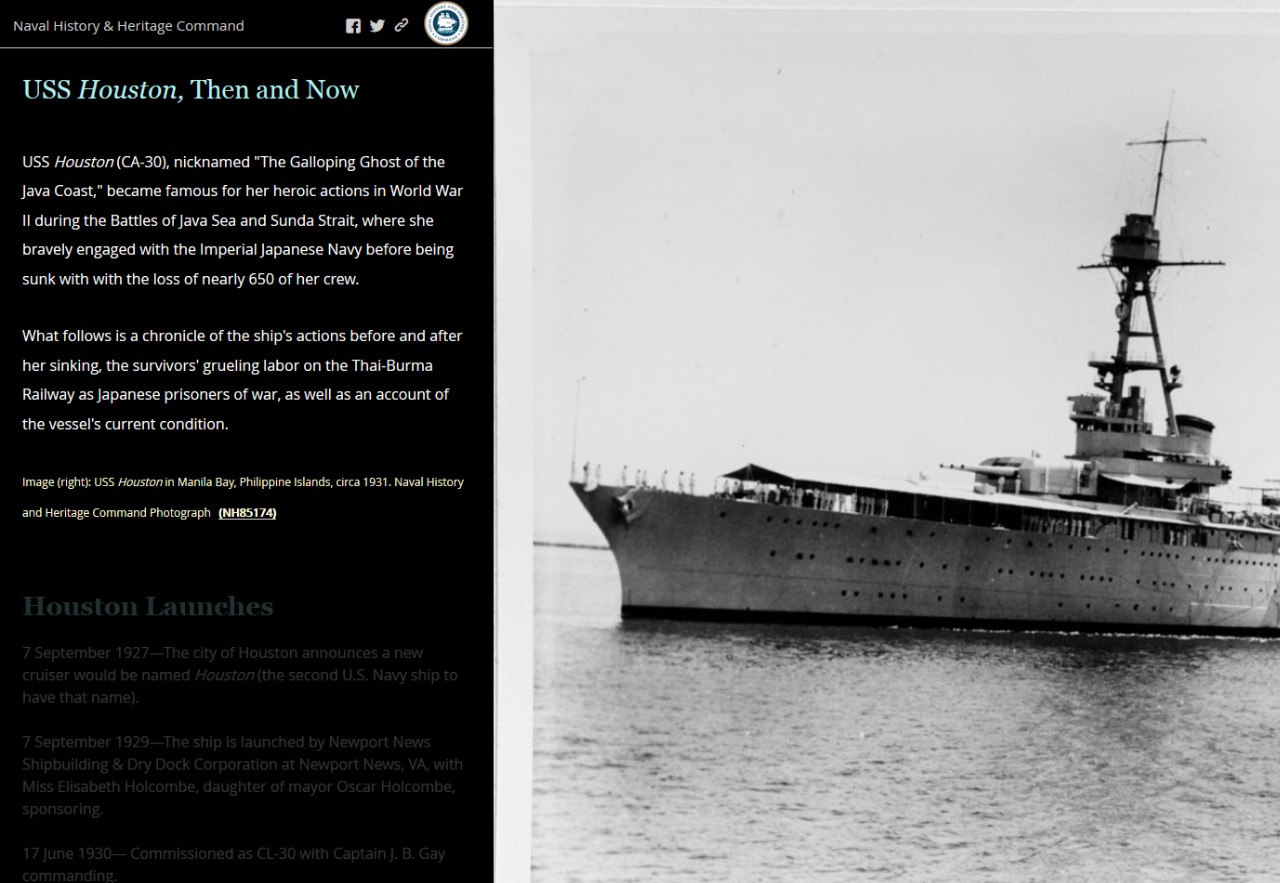 As the repository and institutional memory of the U.S. Navy, the Naval History and Heritage Command (NHHC) preserves, analyzes, and disseminates historically and culturally relevant resources and products that reflect the Navy's enduring contributions throughout our nation's history. Unique to the Navy among the Department of Defense, the Navy's history program, library, archives, collections, and museums are combined into one Command. Initially, the Underwater Archaeology (UA) branch began utilizing ESRI's Story Maps to raise awareness of Navy archaeology and the protection of sunken military craft, but soon recognized the potential of using NHHC's substantial resources in telling the broader story of the U.S. Navy. This paper will explore UA's use of Story Maps to promote archaeology and cultural resource management within the larger goals of the organization, specifically for the anniversaries of U.S. involvement in both World War I and World War II beginning in 2017. Learn more about our Story Maps here.

According to the agenda, “The Society for Historical Archaeology (SHA) Conference has established itself as a premier conference for the celebration and presentation of investigative work, theoretical topics, historical research, methodological approaches, and emerging technologies in modern history (post A.D. 1400). With its focus on historical archaeology and education for both terrestrial and underwater archaeology, SHA is the largest organization with this focus in the world.” This year's annual conference is taking place Jan. 3-7.

Founded in 1996 due to an emerging need for the Department of the Navy to study and preserve its submerged cultural resources. Today, UA's mission is to manage, research, conserve, and interpret the Navy's collection of sunken and terrestrial military craft.