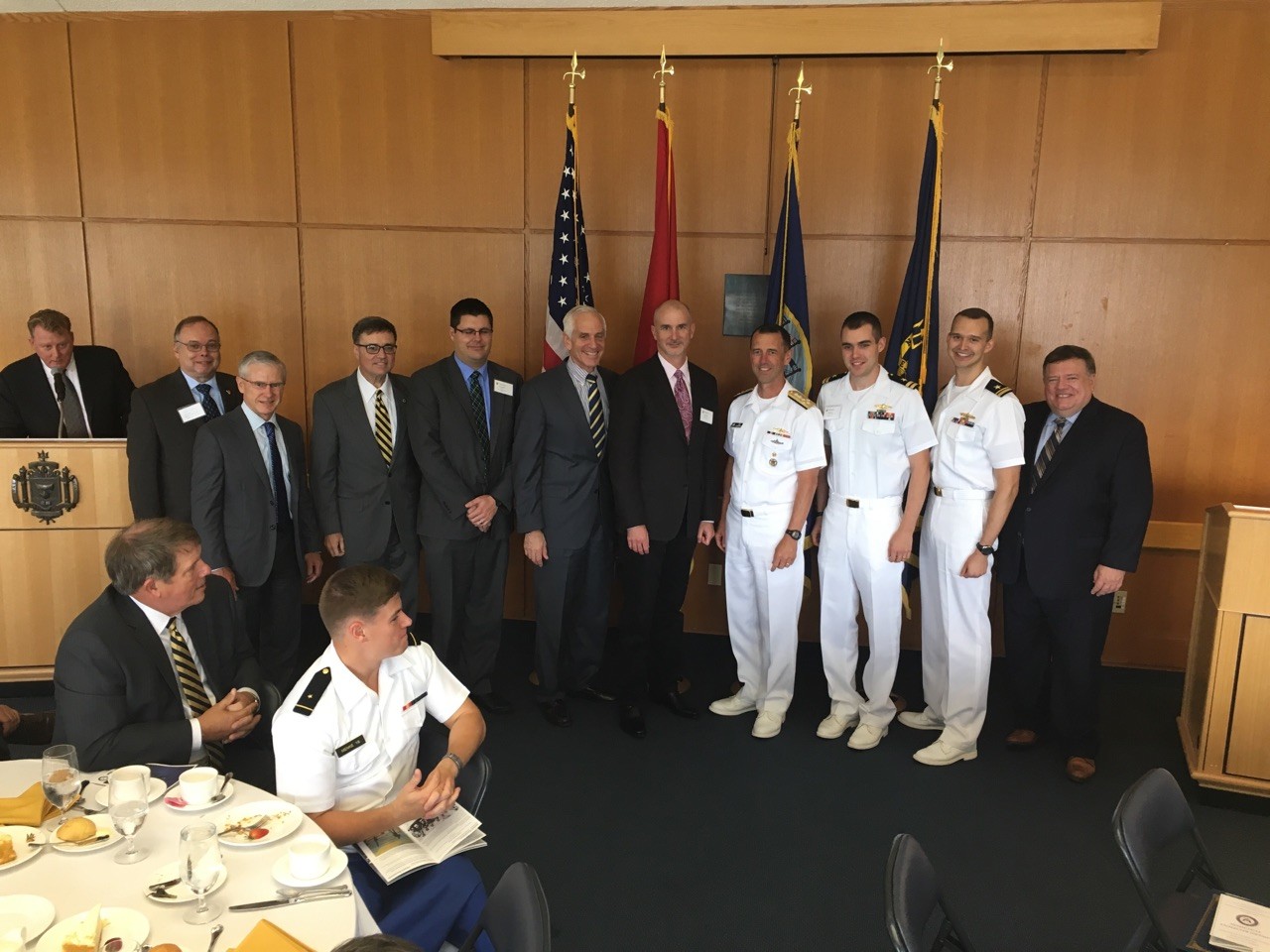 The six awardees were chosen among a group of 292 total submissions.

"This year's essay contest is just one example of how we're reinvigorating the intellectual debate within the Navy by increasing our focus on the study of maritime history," said Richardson. "It's also critical in helping us think through the design of the future Navy."

"I have done plenty of presentations before but getting recognized for something I had written was new," said Wadle. "It was very humbling, but very gratifying."

The judging committee was comprised of senior staff from United States Naval Institute, USNA, Naval War College, Naval History and Heritage Command (NHHC), Office of the CNO, and a distinguished naval historian from outside the Navy. The panel chose the essays that best captured the rich history of sea service as it relates to maintaining maritime superiority in today's environment.

"When going through the essays I was looking for outstanding scholarship, use of primary sources and meeting the CNO's requirement for an essay that took lessons from history and applied it to current and future operations," said retired Rear Adm. Samuel J. Cox, director, NHHC.

The winners received cash prizes, plaques, pens and copper from the USS Constitution. The first place winners from both categories will have their essays published in Naval History Magazine and all winners will be published on NHHC's website.

"It's been an absolutely incredible experience," said Stefanus. "Meeting the CNO and USNA superintendent was an awesome experience, as well as all the other essay contest winners. I'm honored to be here. {It's] definitely one of the coolest things I've ever done."

Additionally, the winners presented their papers at the symposium during the panel discussions.

"It felt really wonderful. Getting up and presenting and giving a speech is one thing, but being recognized is something different and I've got goosebumps," said Hone. "It's really neat to walk up shake the CNO's hand and be here at the Naval Academy, and get that kind of recognition for something that I've written."

The McMullen Symposium ran Sept. 14-15. It is the largest academic conference dedicated to the subject of naval and maritime history in the western hemisphere. More than 300 scholars from 15 nations were in attendance where they presented research and discussed the field.

To read the 2017 winners' essays and summaries, visit http://www.history.navy.mil/get-involved/essay-contest/2017-winners.html