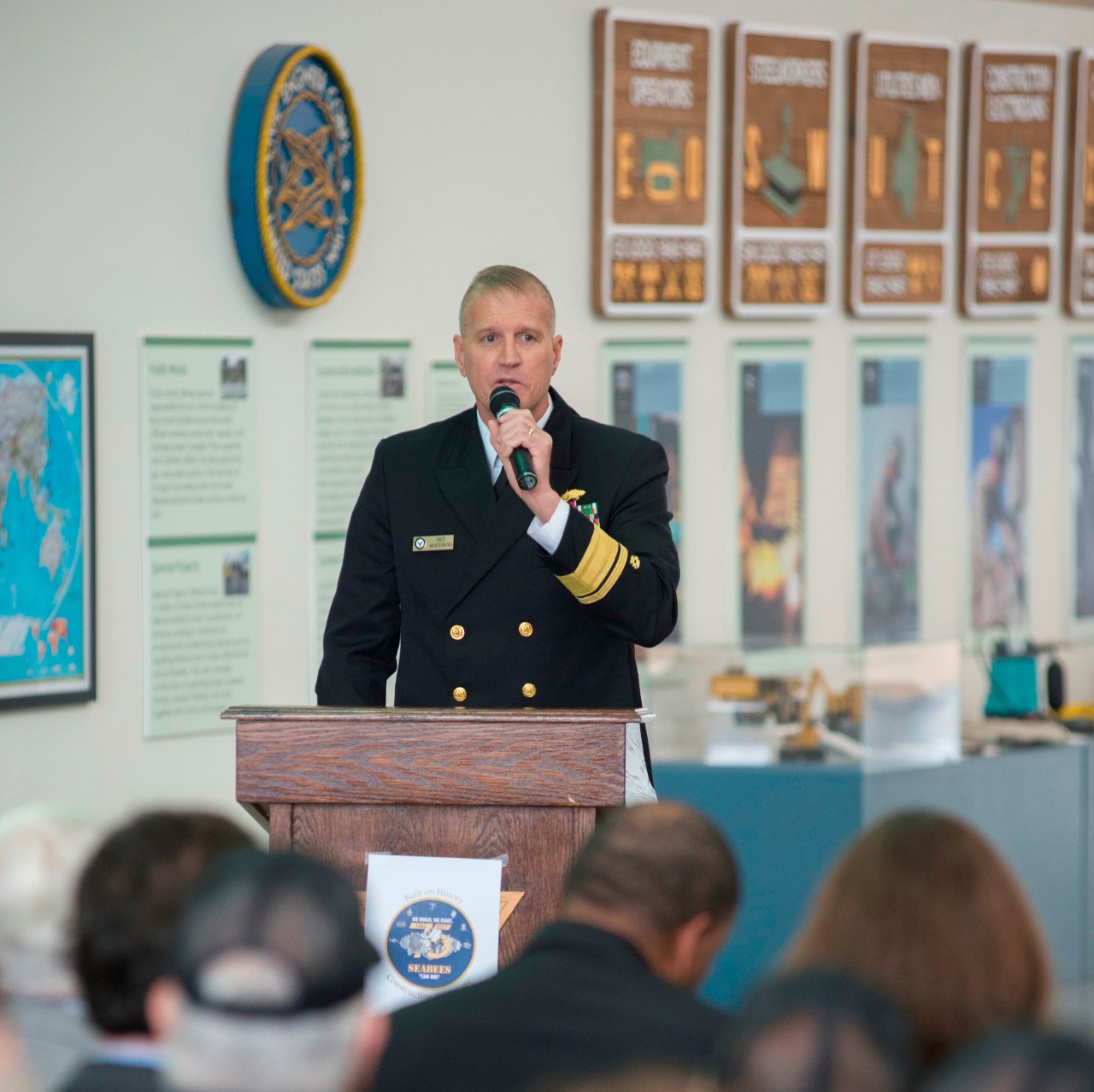 The event also marked the start of celebrations recognizing the 150th anniversary of the U.S. Navy's Civil Engineer Corps, as well as the 175th Anniversary of Naval Facilities Engineering Command (NAVFAC) this year.

Providing the opening remarks for the ceremony, Muilenburg spoke about the contributions Seabees have made throughout each American conflict since the Naval Construction Force's founding. Muilenburg also took time to recognize active and retired Seabee veterans in attendance, and he thanked individuals and organizations which have contributed to the Seabee legacy.

"For 75 years, Seabees have been protecting the nation and serving the Navy and Marine Corps with great pride and dedication," said Muilenburg. "As we kick off this yearlong celebration, let's not forget those who have fought bravely and given their all in support of us, our families, our way of life, and our great nation."

A painting titled "We Build, We Fight" by artist James Dietz was unveiled, and attendees enjoyed a dramatic solo performance of "The Complete History of the Seabees (abridged)" by Joseph Gallo.

Utilitiesman 1st Class Jennifer Neal, whose portrait was depicted along with other Seabees in the painting by Dietz, spoke about the honor of being included, as well as her own contributions to Seabee history.

Also during the event, retired Carpenter's Mate 1st Class Macy Coffin, a World War II Seabee veteran and the oldest Seabee in attendance, joined Construction Mechanic Constructionman Recruit Andrew Staple -- the youngest Seabee -- along with museum director Godbille and other event participants in the unveiling of a new gallery at the museum illustrating the historical contributions of the Seabees during World War II, as well as during the Cold War.

At the conclusion of the ceremony, guests were invited for a behind-the-scenes tour of the museum's collection.

The Seabees were created March 5th, 1942, after then Rear Adm. Ben Moreell, chief of the Navy's Bureau of Yards and Docks, recognized the need for a militarized construction force. Following the attack on Pearl Harbor, the Navy approved the formation of the first naval construction battalions.