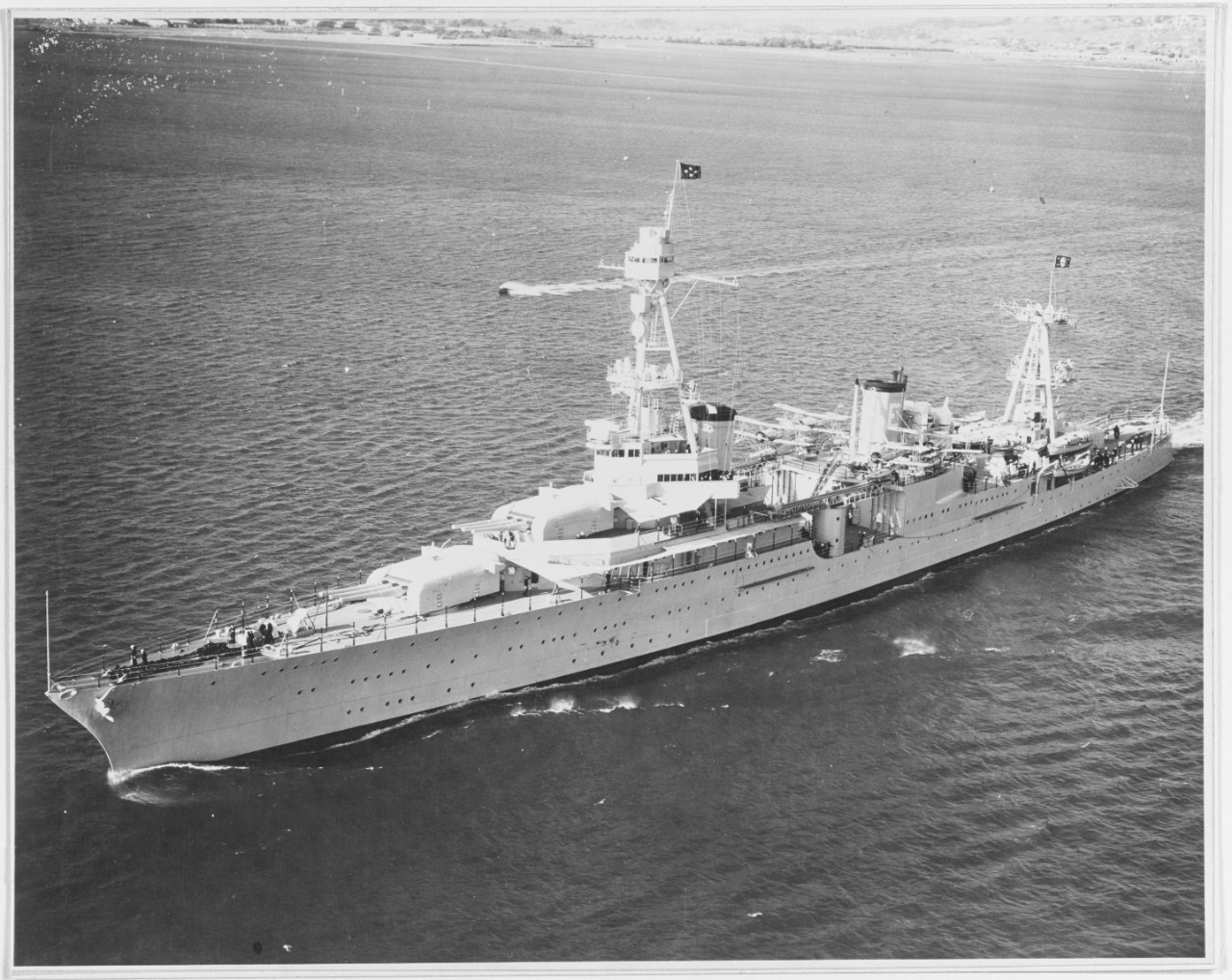 Caption: USS Houston (CA-30) off San Diego, California, in October 1935, with President Franklin D. Roosevelt on board. She is flying an admiral's four-star flag at her foremast peak, and the Presidential flag at her mainmast peak. (U.S. Naval History and Heritage Command Photograph)

In December, the Australian National Maritime Museum (ANMM) and the National Research Centre of Archaeology Indonesia/Pusat Penelitian Arkeologi Nasional (ARKENAS) conducted a remote-sensing survey of the wrecksite’s of HMAS Perth (D29) and Houston. Both ships were lost in battle during World War II at Sunda Strait on March 1, 1942 immediately following the Java Sea Campaign.  They went down in what is now Indonesian waters; Houston with almost 650 Sailors and Marines, Perth with 353 Sailors

The Survey data provided Navy archaeologists their first-ever full view of the wrecksite.  Although Houston has been surveyed in the past, a lack of time and availability of platforms and equipment meant all the past documentation of the site has been close-up video and still imagery of sections of the ship.  Those images revealed detailed sections and the general condition of Houston, but the new multi-beam sonar imagery shows the entire wrecksite and confirms the wreck remains in its original sinking location and is largely intact.

“We are encouraged that Houston is still there. However, the data is not detailed enough to determine if disturbance, especially small scale disturbance as noted previously, has continued,” said Sam Cox, Director of the Naval History and Heritage Command. The staff of ANMM is working with NHHC to provide the raw multi-beam data from the Houston survey. NHHC archaeologists will then examine the raw data to see if it reveals further information about the condition of the wreck not evident in the processed data provided by ANMM.

In keeping with a long-standing partnership and mutual concern for the condition of both wrecks, ANMM graciously shared their processed multi-beam sonar data on Houston with NHHC in order to compare that data to a U.S. Navy survey of Houston conducted June 9-13, 2014.

“We’re grateful to the Australian National Maritime Museum and Indonesia’s National Research Centre of Archaeology for sharing this information with us,” said Cox. “We take very seriously our obligation to remember the service of American and allied Sailors who have made the ultimate sacrifice in defense of freedom.  We’ll do everything we can, and work with everyone we must, to safeguard their final resting places.”

In the 2014 expedition, U.S. Navy and Indonesian divers visited the wreck as part of the 2014 Cooperation Afloat Readiness and Training (CARAT) exercise.  Specialists from the NHHC Underwater Archeology (UA) Branch were on site and later positively identified the wreck as Houston by using data and imagery from the dives, augmented by documentary records. 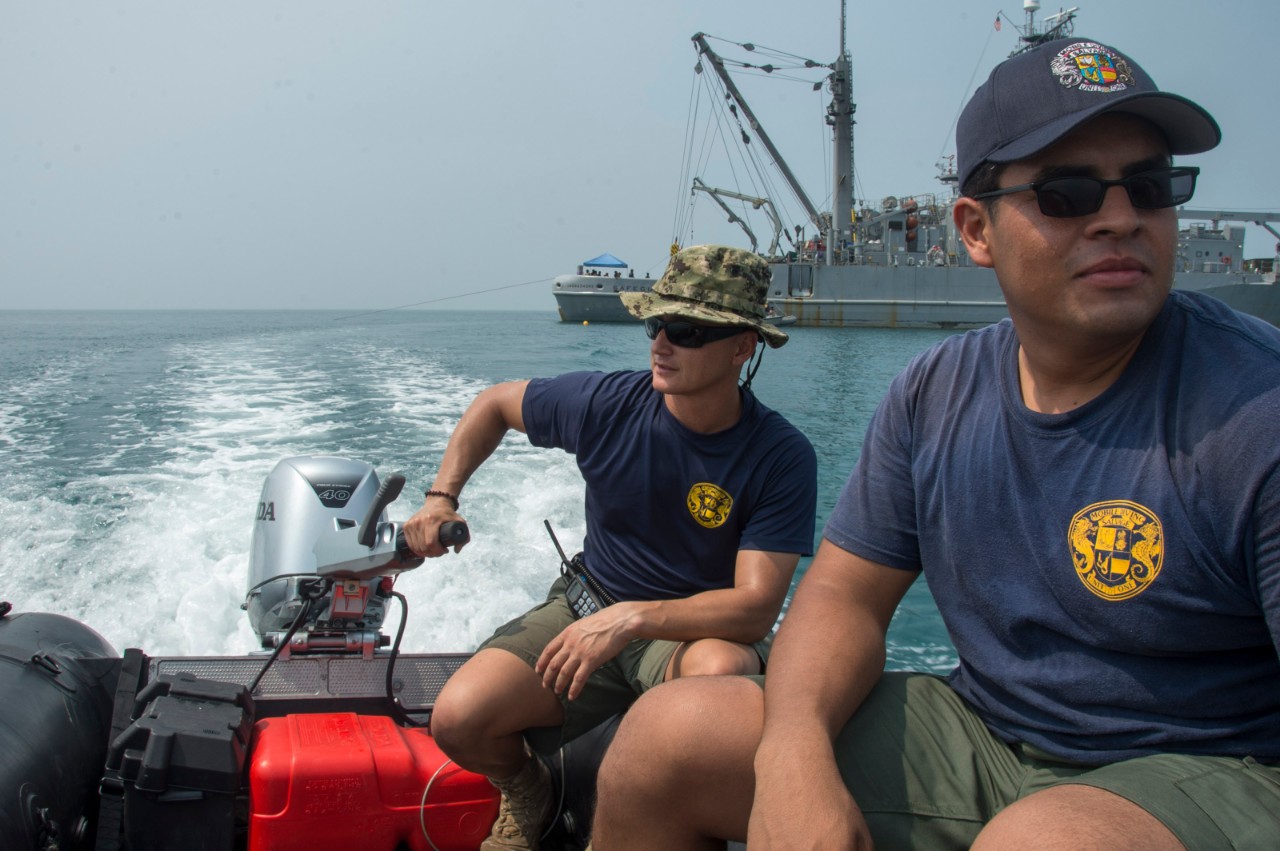 After examining the 2014 data, UA’s assessment report indicated the wreck of Houston suffered from unauthorized and systematic disturbance, specifically: removal of hull rivets, metal plating, and associated artifacts from the wrecksite.

The U.S. Government takes any desecration of a war grave like USS Houston, or any other Navy wreck on which Sailors lost their lives, very seriously. Whenever possible, the U.S. Navy works to enhance collaboration with its international partners and local authorities in areas where the wrecks are located, as well as other U.S. government agencies, to promote the preservation of these fragile historical and cultural resources which are a testament to the sacrifice of the Sailors and Marines who served in them.  Doing so is part of NHHC's obligation to American Sailors to never forget their service and sacrifice.  Currently the command is evaluating the information received about the wrecks from the battle of Java Sea and is working with partners in the region to determine the best course of action regarding those wrecks as well as Houston. With the 75th anniversary of the Battles of Java Sea and Sunda Strait coming up, the U.S. Navy is planning a number of commemorative activities to honor the service and sacrifice of those who fought there. 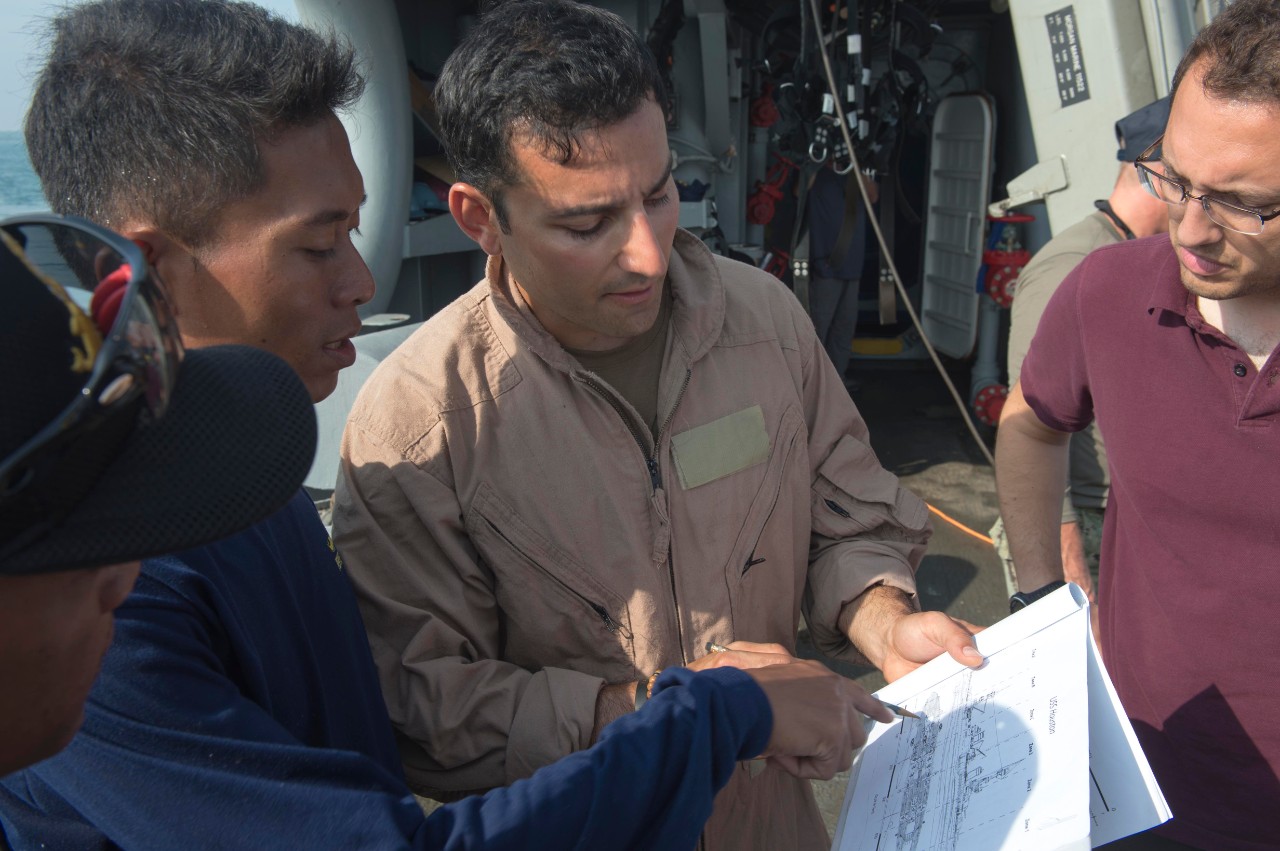 The Naval History and Heritage Command is responsible for the management, research, preservation, and interpretation of the U.S. Navy's collection of sunken military craft which includes more than 2,500 shipwrecks and 14,000 aircraft wrecks dispersed globally.  Safeguarding these wrecks is important because many of them serve as war graves and hold great historical value.  Additionally they may also safeguard state secrets or carry environmental or public safety hazards such as oil and ordnance.

Located at the Washington Navy Yard, NHHC is also responsible for the preservation, analysis, and dissemination of U.S. naval history and heritage. It provides the knowledge foundation for the Navy by maintaining historically relevant resources and products that reflect the Navy's unique and enduring contributions through our nation's history, and supports the fleet by assisting with and delivering professional research, analysis, and interpretive services. NHHC is composed of many activities including the Navy Department Library, the Navy Operational Archives, the Navy art and artifact collections, underwater archeology, Navy histories, nine museums, USS Constitution repair facility and the historic ship Nautilus.