PENSACOLA, Fla. – Commemorating the 100th anniversary of America’s involvement in World War I, the National Naval Aviation Museum unveiled a banner today.  Titled “Now as Then,” it highlights the connection between current service members and those who served before. 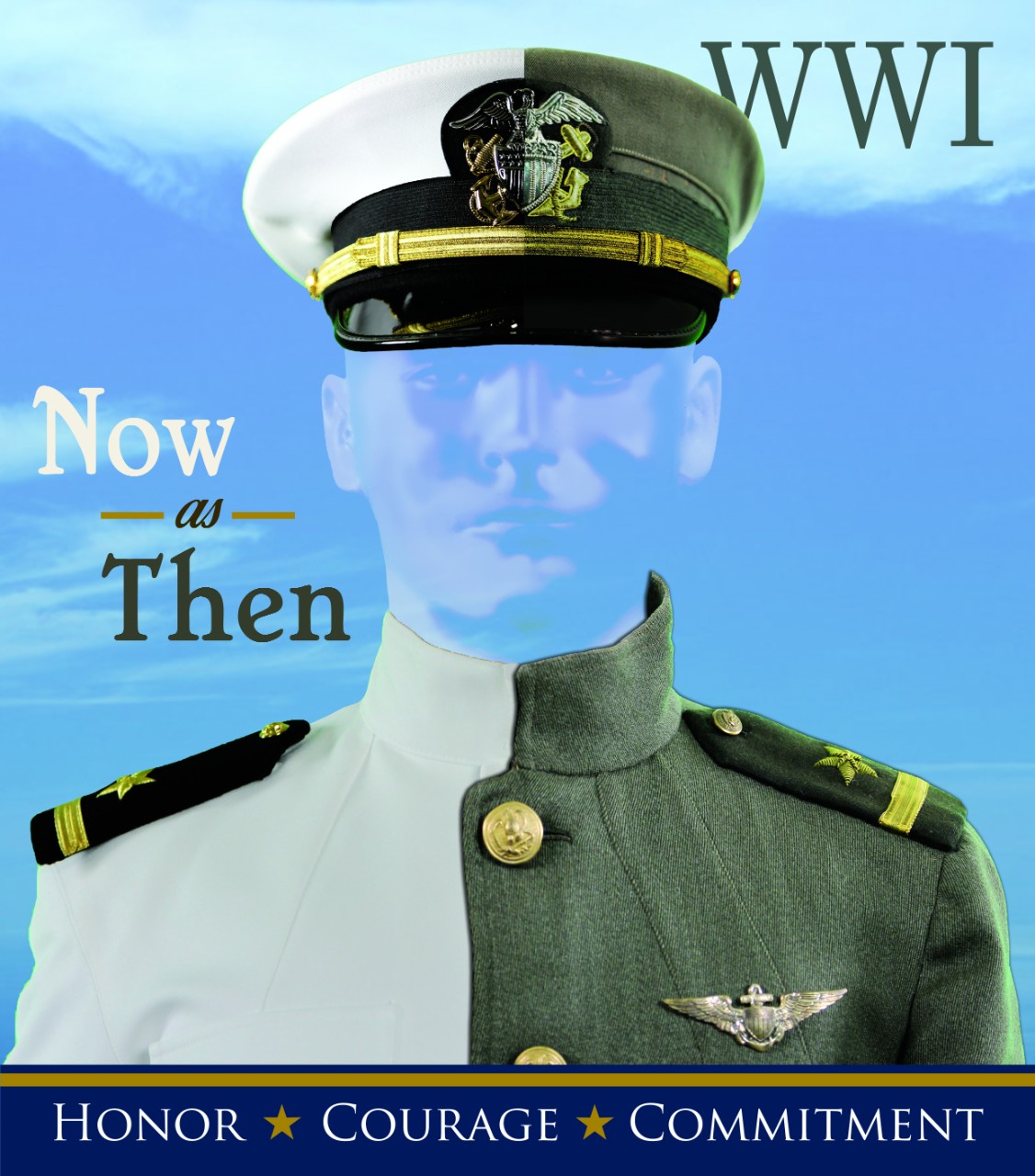 The museum developed the banner as a way to preserve history and incorporate its relevancy to modern times. Museum Deputy Director, Buddy Macon remarked, “our hope is that people who view the banner will make a connection historically to ‘Now as Then’ as a reminder of the longevity of military service which has maintained the same morals and values for over 100 years.”

The National Naval Aviation Museum collection includes several displays and exhibits highlighting the dawn of naval aviation and early beginnings during World War I.  One such exhibit depicts life as a naval aviator stationed with the First Aeronautic Detachment, the first American combat unit to arrive in France following the U.S. entry into the war. The museum’s collection also includes World War I aircraft models, as well as a hand-cranked Mutoscope movie player with images of early aviators and their planes.

The banner is displayed on the side of the main building as the museum highlights events throughout 2017-2018 to commemorate America’s involvement throughout the Great War. 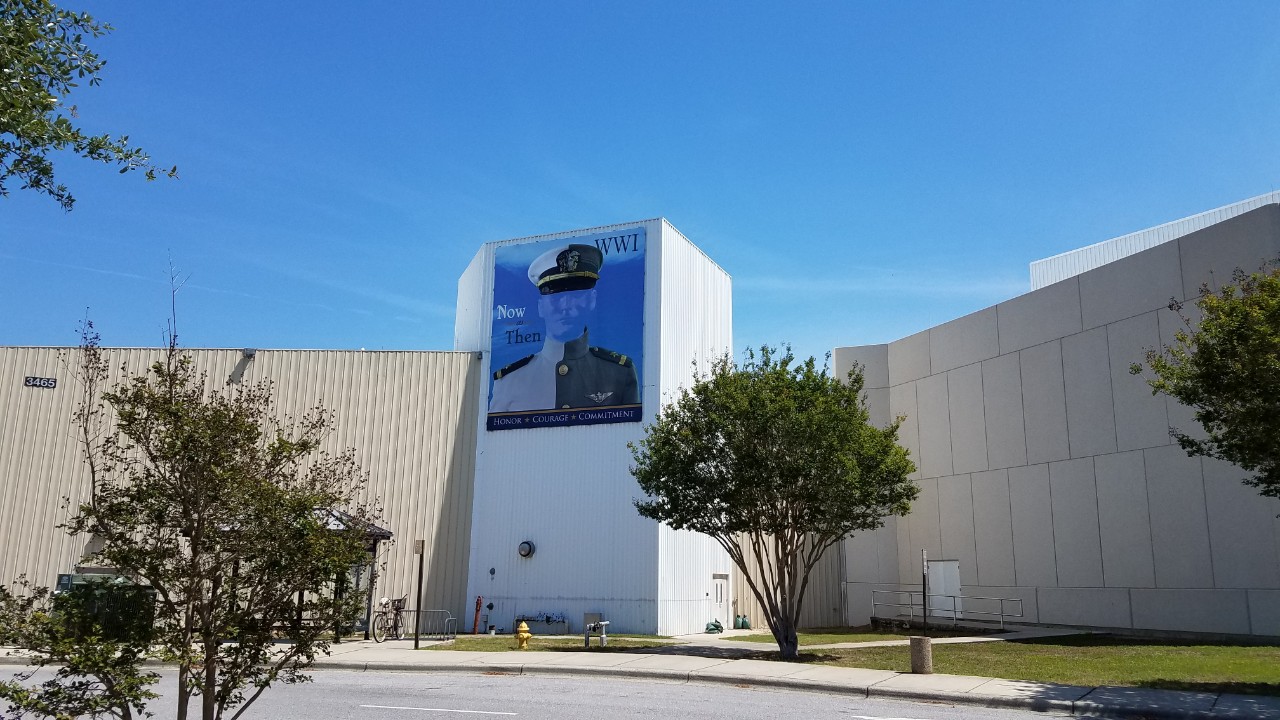 The National Naval Aviation Museum is open from 9:00 a.m. to 5:00 p.m. onboard Naval Air Station Pensacola, Florida.  For further information about the museum, please call 850-452-3604 or visit our website at www.navalaviationmuseum.org.