Seldom does a person with no formal art training rise to the level of international prominence that Tom W. Freeman achieved. Freeman’s art hangs not only in many museums but also in the West Wing of The White House, the USS Arizona Memorial, the Vatican, and the Royal Palace of Bahrain. Sadly, Freeman passed away suddenly on June 16, 2015, but his artwork and his legacy live on. 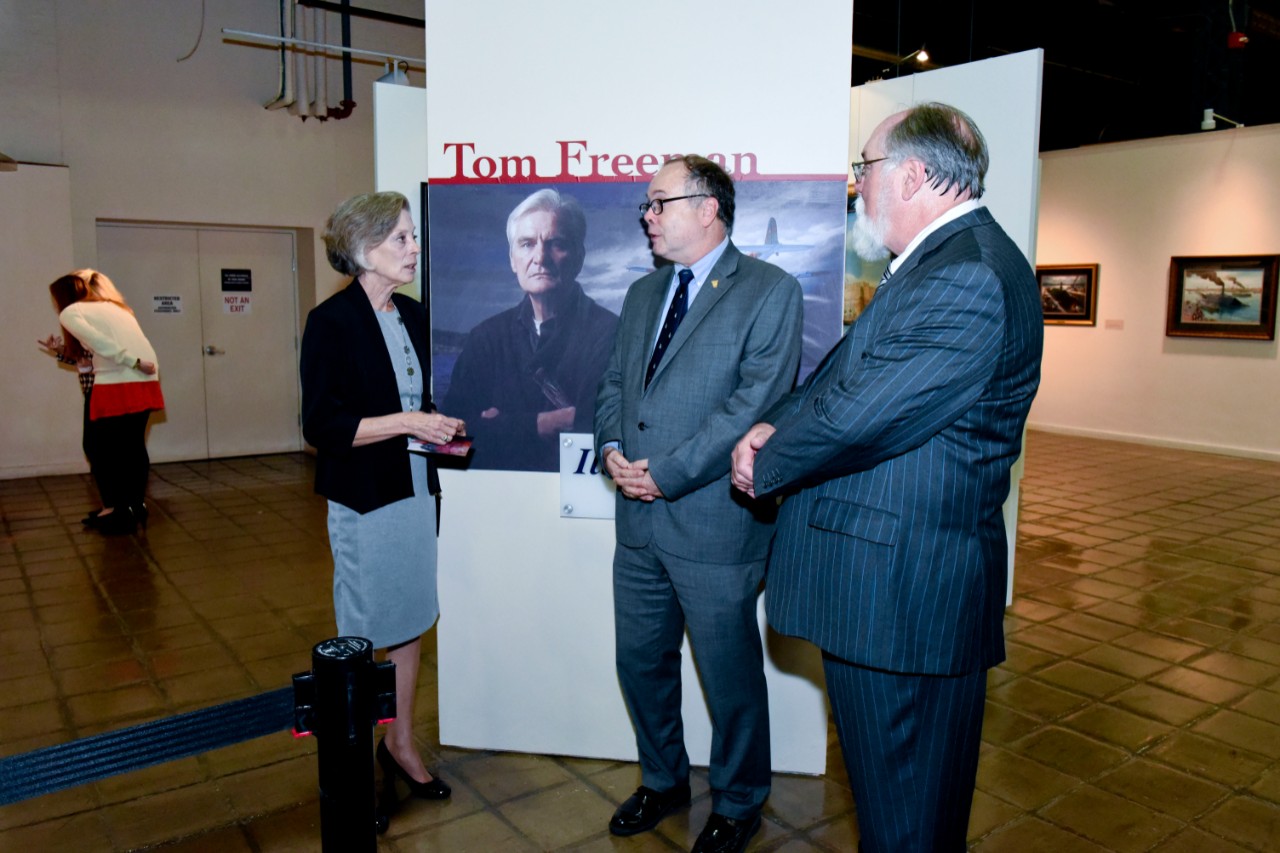 The National Museum of the United States Navy (NMUSN), which collects, preserves and displays historic naval artifacts, is honoring his career with a retrospective of his artwork entitled Tom Freeman: Illuminating the Past. The exhibit features nearly 30 of his paintings depicting the story of the U.S. Navy from its inception to present day.

“This remarkable collection of paintings vividly depicts many of the most significant moments in naval history, as illustrated by the brush, hand and heart of one of America’s greatest maritime artists,” said NMUSN Director Jim Bruns.

Freeman has exhibited at NMUSN before to commemorate the bicentennial of the torching of the White House, telling the story behind his dramatic interpretation of the event. He later commemorated the 60th anniversary of the Japanese attack on Pearl Harbor, but Illuminating the Past is the first public showing of his work since his passing. 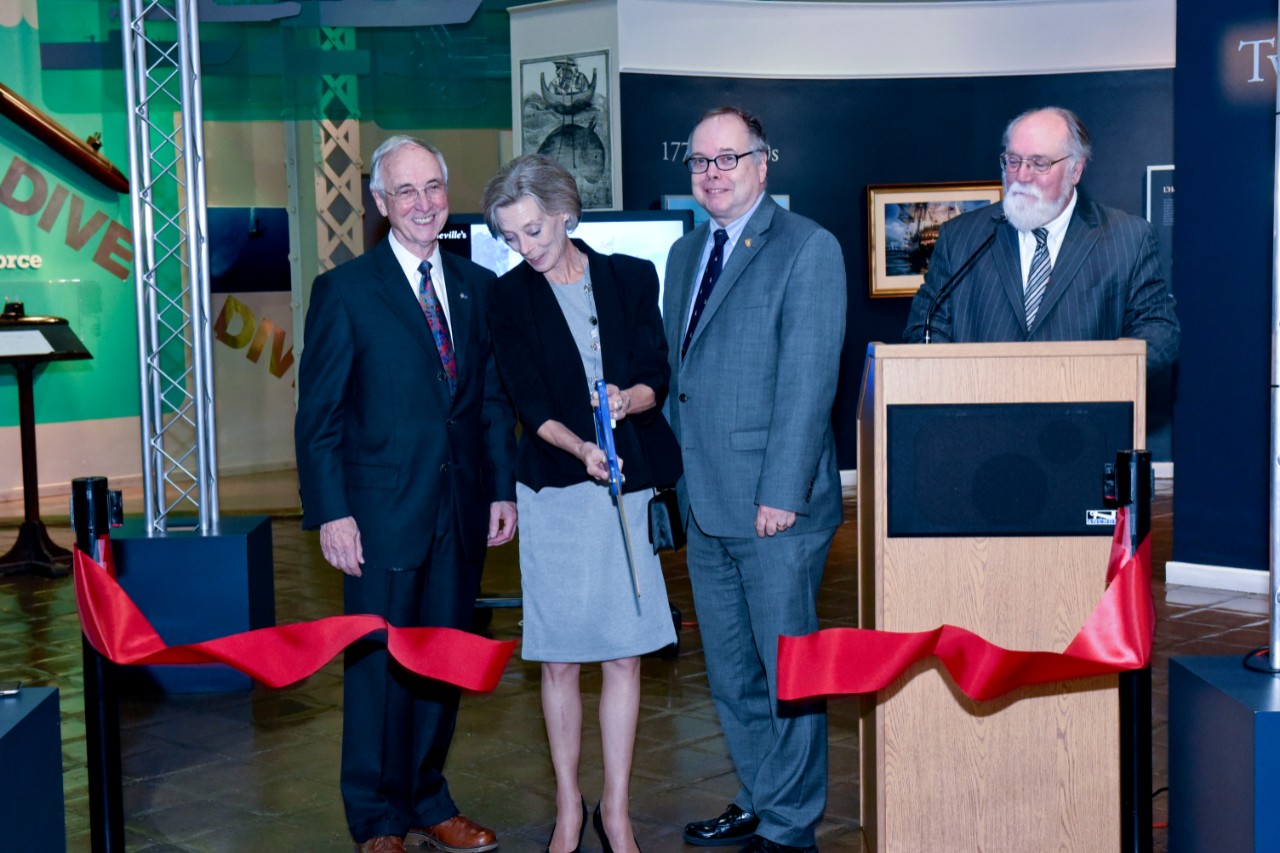 Caption: Ann Freeman, wife of Tom Freeman, cuts the ribbon at the Tom Freeman: Illuminating the Past Exhibit Opening Reception signifying the official opening at the National Museum of the United States Navy on the Washington Navy Yard, Oct. 13. The NMUSN, which collects, preserves and displays naval history, celebrated Freeman’s legacy on the Navy’s 241st birthday. (U.S. Navy photo by Moneé Cottman/released)

Ann Freeman, wife of Tom Freeman, loaned the vast majority of the exhibit paintings and prints to the museum. At the opening reception on Oct. 13, she said, “Tom loved what he did and got great enjoyment out of people being able to see his artwork.” She continued by sharing, “He would always say that he wanted people to be able to hear the gunfire, smell the smoke and feel the waves. That’s what he wanted to portray.”

Former Secretary of the Navy Gordon England and Naval History and Heritage Command Director Samuel Cox both shared memorable moments and pieces of Freeman’s work including a historical vignette of USS Asheville Defiance.

Secretary Gordon said, “Tom is a person I greatly admired both as a person and an artist. We are united in appreciation of Tom Freeman, an American patriot and artist. His naval maritime historical paintings are unique and priceless to their realistic and accurate depiction.”

The National Museum of the United States Navy is the only naval museum to present an overview of U.S. naval history 1775 to the present. Permanent and temporary exhibitions commemorate the Navy’s wartime heroes and battles as well as its peacetime contributions in exploration, diplomacy, navigation and humanitarian service. NMUSN is free and open to the public. For more information, visit www.history.navy.mil/nmusn.