By Secretary of the Navy Public Affairs

USS Bougainville will be the second ship to bear the name. Its namesake, an island in the northern Solomons, was the location of a World War II campaign in 1943-1944 during which allies secured a strategic airfield from Japan.  Success at Bougainville isolated all Japanese forces left in the Solomons.

The first Bougainville was an escort carrier that launched in 1944, a year after the Bougainville campaign began. It was decommissioned for the first time in 1946. It was then brought back into service for five years before earning two battle stars for its service in World War II and being struck from the naval register in 1960.

Amphibious warships are designed to support the Marine Corps tenets of Operational Maneuver From the Sea (OMFTS) and Ship to Objective Maneuver (STOM). They must be capable of sailing in harm's way and enable rapid combat power buildup ashore in the face of opposition. Because of their inherent capabilities, these ships have been and will continue to be called upon to also support humanitarian and other contingency missions on short notice. The United States maintains the largest and most capable amphibious force in the world.

As an LHA-variant of the America-class Amphibious Assault Ship, USS Bougainville will be built by Huntington Ingalls Industries, Inc., in Pascagoula, Mississippi.

Additional information about Amphibious Assault Ships is available online at: 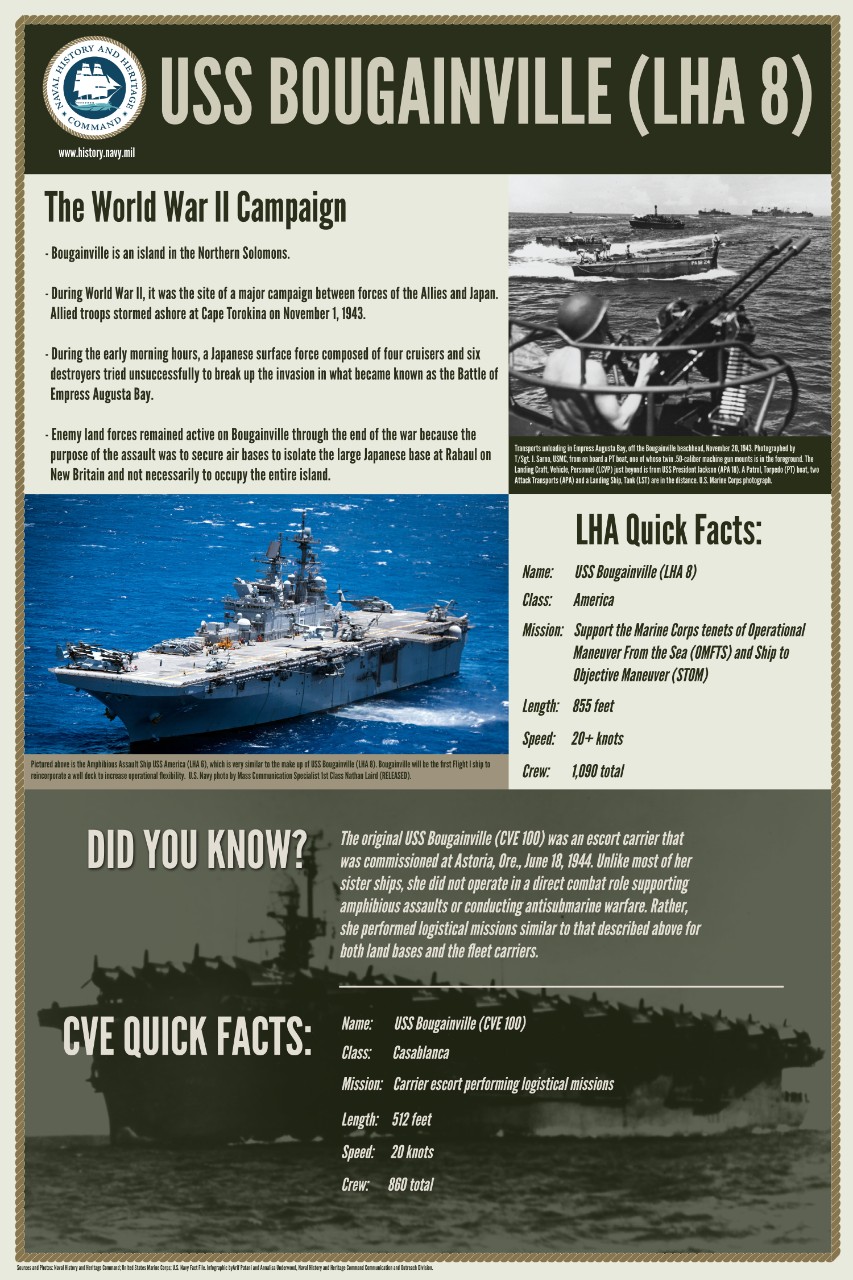